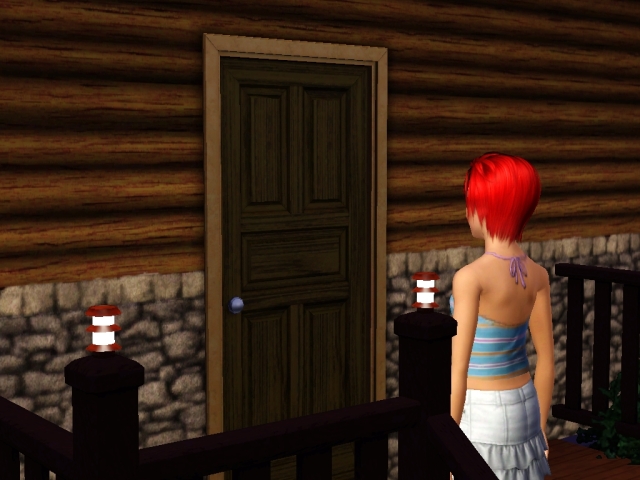 Oh how I’ve missed this place. Seven months really is a long time. Eleven more months of sight, and then I’ll come back. I still haven’t found a spell to bring my eyesight back unfortunately.

I let myself in only to find Aunt Anna was already there.

“Missed you…” I finished as she brought me in for a hug. My fingers touched her silky wings as they usually did. I had missed her more than I thought. Even though I talked to her everyday, seeing her was something entirely different.

“I missed you too Millie.”

“But Aunt Anna, what were you doing in the graveyard?” 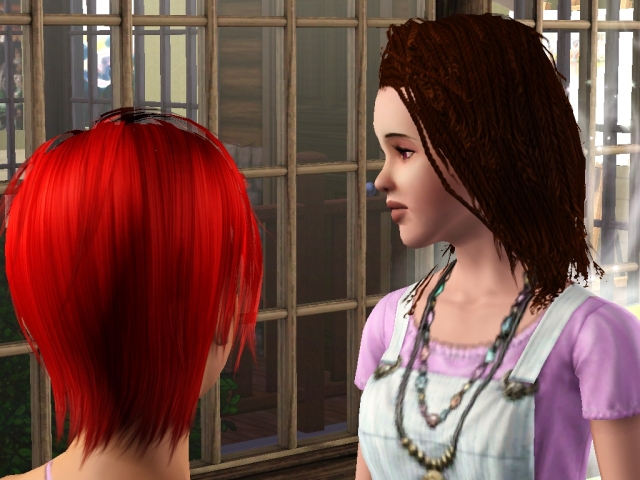 “I was following Christopher. It was pretty obvious he was the one behind the killings. Even though I had suspected as much, seeing you with that man…” Aunt Anna looked away.

“Aunt Anna, are you talking about Roland’s father? What did he do?” 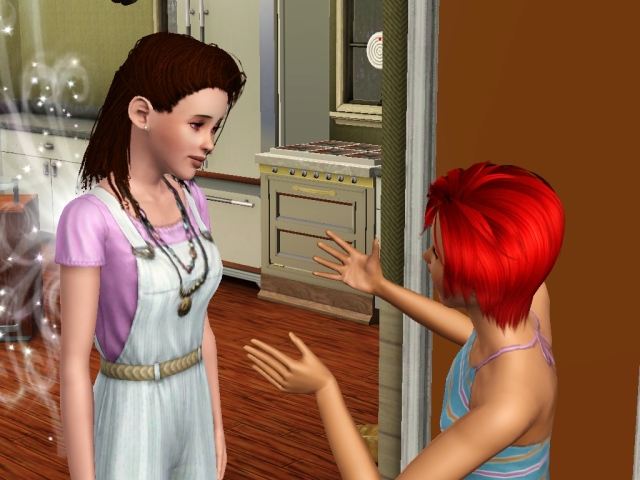 “Nothing.” She replied as if that was the problem.

“Hey I know about all the bad blood between the white fairies and the black fairies. Sorry if I offended you by the staying there, but I don’t know if you’ve noticed but I can see!” I announced. I had imagined this moment so many times, me telling her that I could see. Her being absolutely overjoyed.

Okay not exactly the face I was hoping for.

“Don’t get me wrong darling, I’m happy you got the chance to see, but how exactly? Was it him?”

“Yeah, Roland’s father did something magical and I can see now. Is that bad?”

“It’s just….that man usually has something up his sleeve. Have there been any side effects?”

“Ok…” She did not look convinced.

“I actually came here to check on Christopher. He was our suspect, and I just want to confirm and make sure we can stop him.” I changed subjects.

“Of course. He’s downstairs.” Downstairs? Since when did they have a downstairs? I mean we. I’m still part of this family, leaving for seven months doesn’t change that.

The middle door! I had always wondered what might be hidden behind it. Seeing it with my own eyes felt weird. 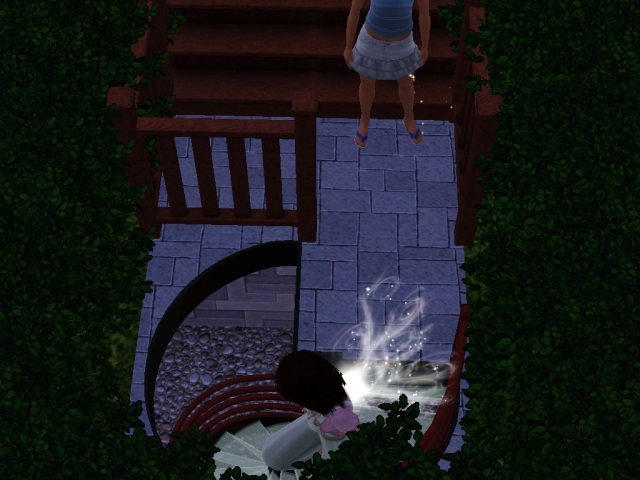 Actually seeing everything I had grown up with felt weird. It didn’t look like I had imagined it. 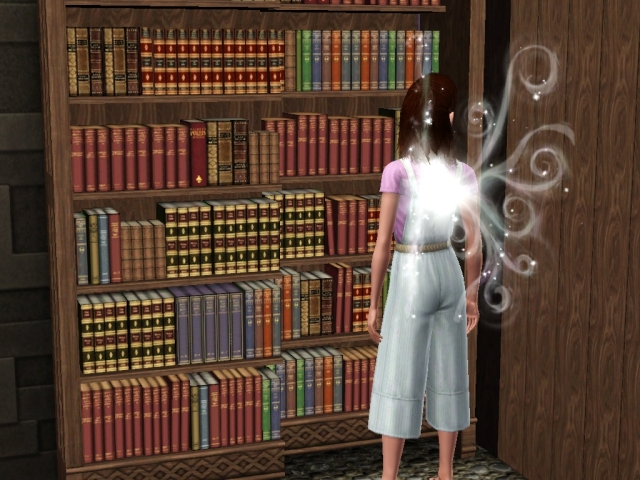 This room is huge! Its filled with books! Is that a secret passage? 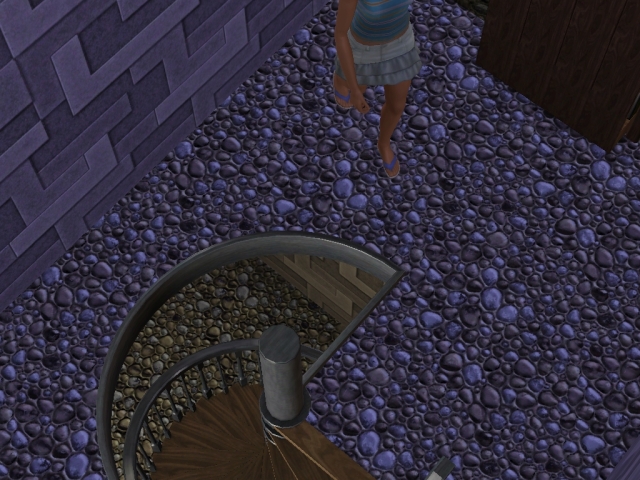 More stairs? I didn’t know we could go this deep! Who built this? Was it my mother?

All these books, some about advanced witchcraft! These would help me in advancing with magic. 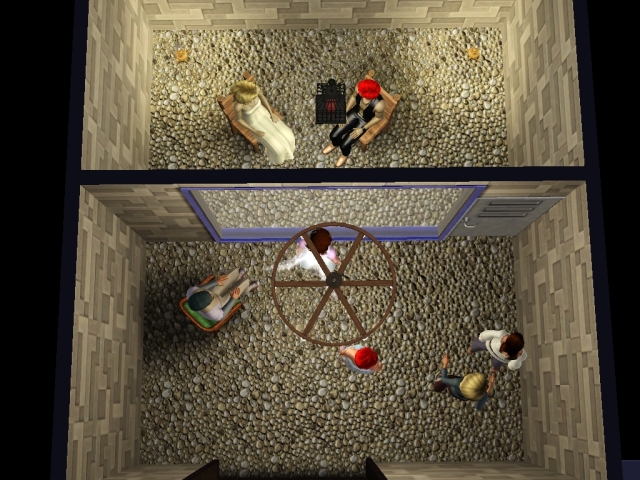 I went through yet another secret passage before finally entering the room. My two sisters, Keena and Clarice were talking in the corner. Tarnowak, my dad, was sitting in a chair staring at my brother. On the wall in front of us was a huge window through which we could see Christopher and the vampire girl. 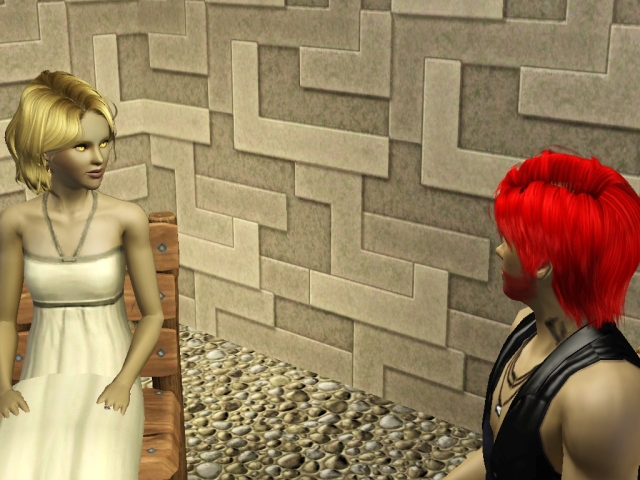 They were looking at each other as if this was all part of their plan, as if everything was going better than expected. Or maybe what I was seeing was just love. Which struck me as odd. Obviously she was a vampire. She turned him into a vampire. Why would he love her?

“You finished it already? You cook potions fast!” Keena praised.

“Of course, I’m an expert at this!” Clarice shot back. 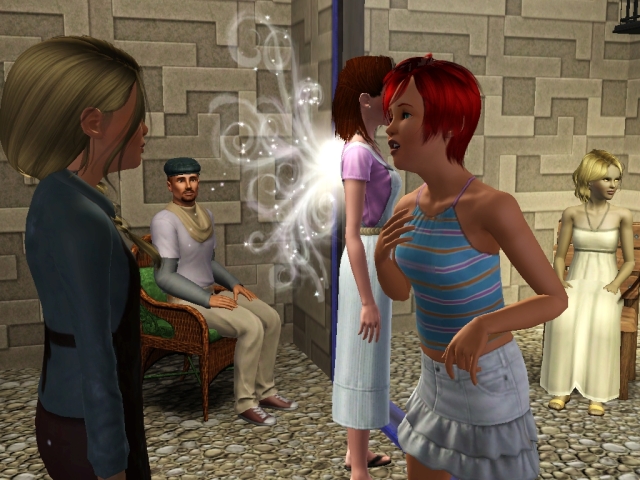 Once they noticed me they turned around.

“Even though we haven’t seen you in forever doesn’t mean we don’t recognize you!” Clarice exclaimed.

“Aunt Anna warned us you would be coming here.” Keena cut in.

“You have the potions Clarice?” Anna asked without taking her eyes off the two. The vampire girl’s eyes, however, drifted towards me.

“Good. Let’s turn them back before questioning.”

Clarice opened the door and threw both bottles towards them. Their skins lost their paleness and their fangs shrank. Both got up when it happened. It was almost instantaneous compared to the harshness of becoming a vampire. How ironic.

The chapter was a bit too long so I had to split it into two.