I ended up ignoring Irene as well at some point. Mimi grew up, and I realized that we could use her witch powers! So I spent all my time teaching Mimi the art of witchcraft, I’d seen dad practice from time to time.

I was feeling more and more strained. I was done with this place. I just wanted to see my family again! Were they worried? Did they miss me? I sure as hell missed them. But all I had to do was keep telling myself, that soon I could get out! After all, Mimi was practically a trump card!

Even if she was failing miserably during our lessons. 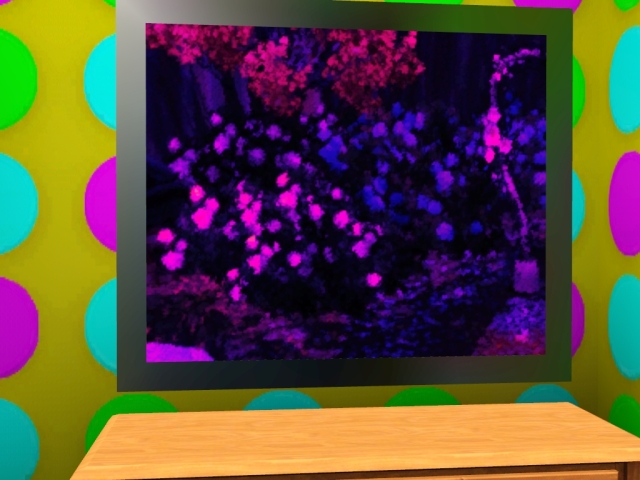 On second thought, I haven’t been ignoring Irene, I was just trying to focus on other things. But unfortunately, these days, it seems everything I think just turns right back to her! I can’t do anything about it. I notice when she goes to sleep, when she paints, when she talks to someone, when she goes to the bathroom. I mean, it’s pretty hard to ignore someone when you’re in the same room as them for a good two months! Yes this time, the difference in between chapters was shorter.

You could say it helps that there are so many other people in the room as well. And I was focusing on helping Mimi practice. Actually I think Irene was going to talk to me once, but then she saw Mimi practicing magic and went back to painting. She finally finished her painting and hung it on the wall. I probably stared at it for hours before realizing it was the garden outside. She’d told me, when we were still talking, that she liked to paint things she loved. But this is the only painting I’ve ever seen in this room.

It’s crazy! Two months ago we could see the ground and now it’s covered by snow, and this only reminds me of how much time has passed.

“Prince had decided he wanted to marry Princess!”

“But for that he needed to ask her father’s blessing,”

God damn it! I’m freezing out here! Why don’t we have any shoes?

“But then the father smiled, and gave Prince permission. Princess had told him all about the night, and the father knew Prince would take good care of Princess.”

“Cain.” Paul said. My eyes snapped to his in surprise. They’d drifted off to the arch behind him. I looked up with a bored, tired and cold expression. I was at my wits end. “Never mind.” He said as we felt the tug of our bodies. The chapter was already over.

When I got in I was snapped out of my dream like stance. There was a new painting on the wall. I remember her starting a new painting, but I hadn’t expected her to finish it so soon!

That painting though, it was the place she and I had danced for the other chapter.

And Irene only painted things she loved.

“Hey Irene!” I said. She woke up and stretched.

Okay I admit it, there is something that is bothering me.

And to have a clear head for escaping, I should resolve this inner matter. I bent down and kissed her before she could say anything. Her hands came up to meet my face…

And she pulled me down beside her.

“Good now you will listen to reason.” 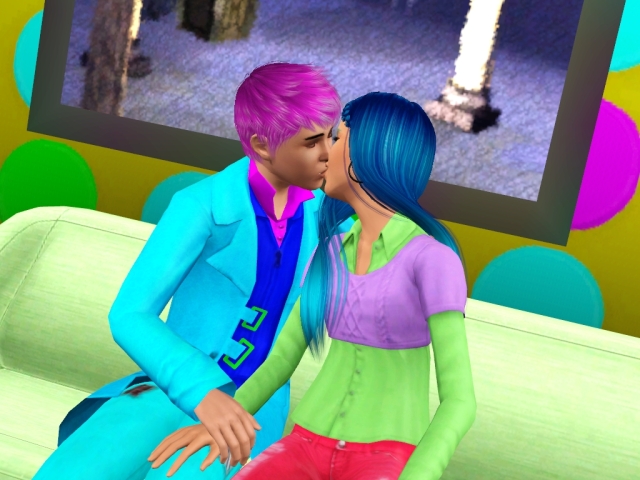 Reason shmeason. All I could see at this point was Irene. Being close to her, hearing her voice, after seeing that painting, or maybe it was because my brain nearly froze out there, but I was entranced. I kissed her again. 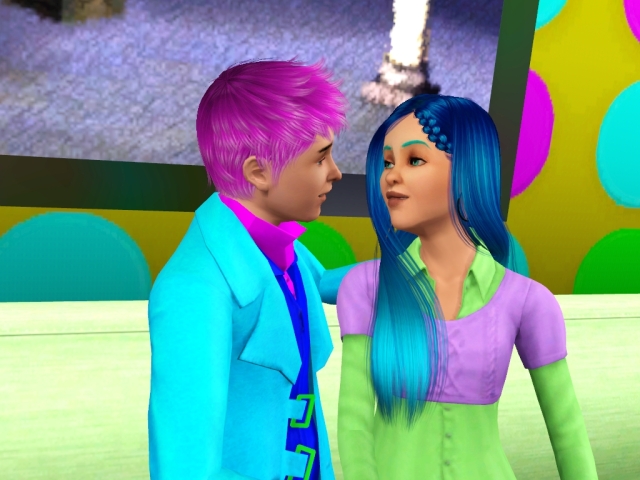 “Would you stop that?!” But I could tell she was enjoying it as much as I was.

“Here’s the deal, I really really like you Irene. And-” 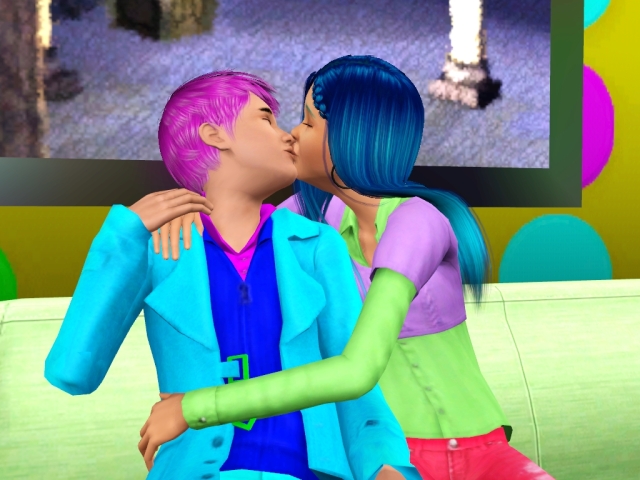 I had planned to go on a long speech and such, but she sort of interrupted me. 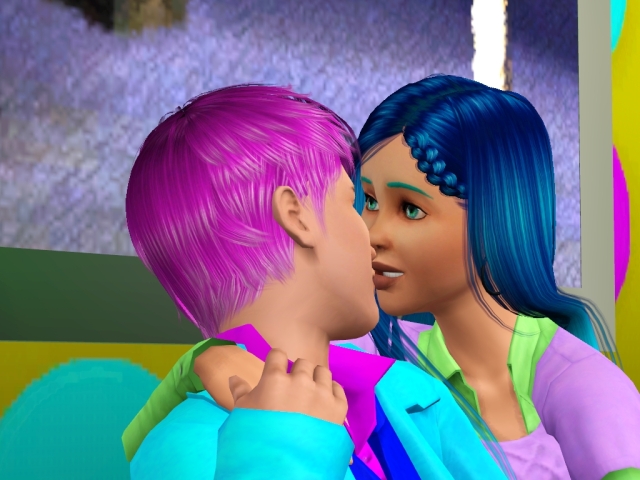 Man those next three months were awesome!

Okay so this chapter was a lot later than usual. I was pretty busy last week, and I didn’t get to spend as much as time as I wanted on the chapter (and then sims kept bugging yesterday, nearly yelled quits for the day).

The second pic wasn’t planned, but I missed taking a picture of Balthier and Angel so I did. It’s really time for Cain to get out of there. Soon don’t worry, soon.

♪They say it's what you make♪ I say it's up to fate ♪It's woven in my soul♪ I need to let you go♪ -- Demons by Imagine Dragons
View all posts by blamsart →
This entry was posted in Uncategorized and tagged generation 4, legacy, sims, sims 3, sims 3 legacy, sims 3 story, sims legacy, sims story, story, whitelight. Bookmark the permalink.