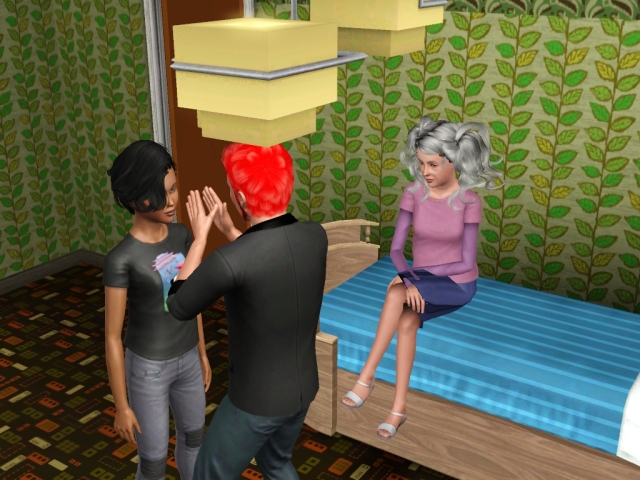 “Remember, concentrate.” Uncle Collin said. This was basically what our premonition sessions amounted too. Grandma watching us and Collin telling me to concentrate.

And in a weird way, it actually works.

“You know what? I just realized something.” Uncle began. Ah yes Uncle Collin was easily distracted. Not much different from me. It was easy for my thoughts to drift to that trip I was planning for China.  I’d done a bunch of research, enough to be excited about more than just the martial arts category. Dad was actually ready to support my trip!

“Which is exactly why we shouldn’t all be cooped up in this house. We need to expand our territory. I have China covered.” I said, skillfully bringing the subject back to China. Collin smirked.

“Yeah…you know maybe they have school in China. I could study abroad!” 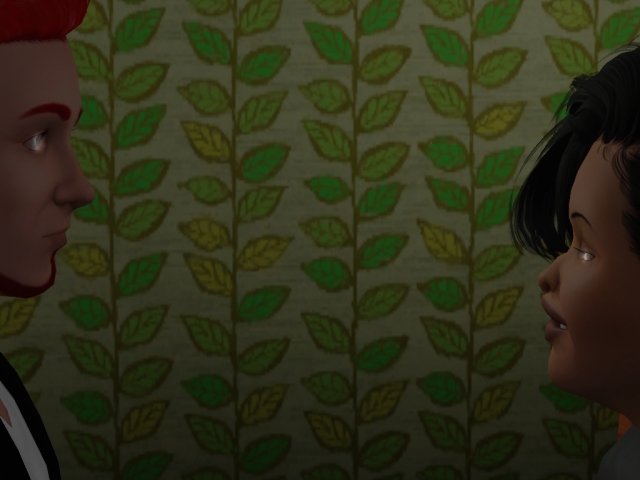 A premonition struck the both of us at the exact same time.

It wasn’t as blurry as my first ones. It was still a bit, but I could see the scene unfolding behind my eyelids.

A car crash. With a car that looked a lot like ours.

And by the look we shared, I was pretty sure my uncle had gotten the exact same premonition. We sped out of that room like rockets.

Sariel had borrowed the car. It was Sariel’s car crash we’d seen! 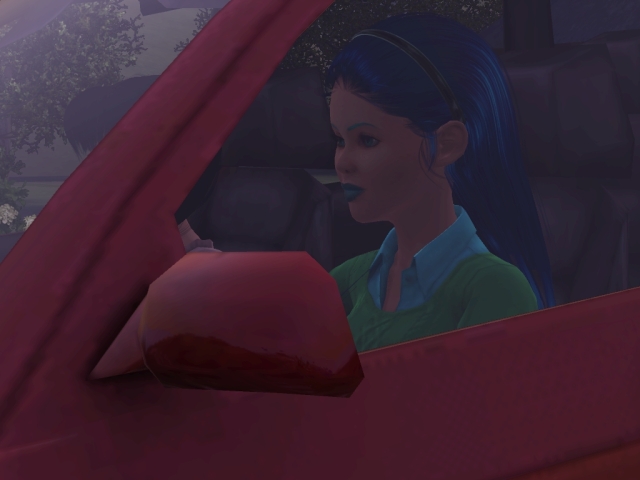 I’m surprised. Out of the two of us, I was sure Caroline would be the first to learn how to drive. But apparently her parents don’t trust her. I wonder why…

“And that shirt just molds his chest so well and blablablablabla.” I was annoyed, so so so so annoyed with Caroline’s constant blabber about my brother. We’re going to the mall for god’s sakes. There are a bunch of cute boys there, why can’t we talk about other boys?

Ever since Max hit puberty… 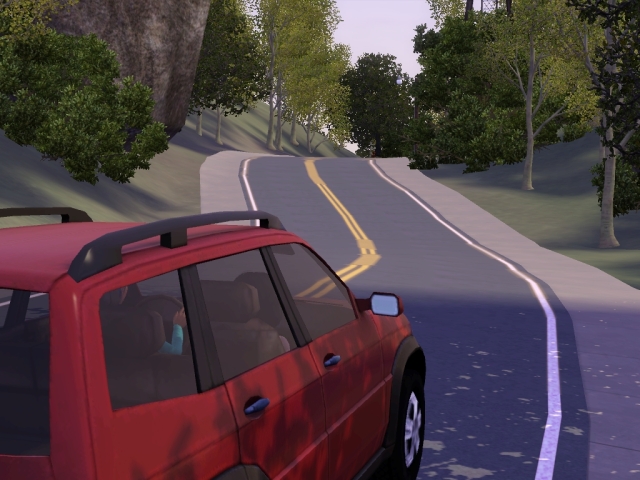 “Do you think you could set up a date for me?” Caroline asked…again. Next time she asks me this I am kicking her out of the car. I have enough of Max at home!

I turned towards her, my eyes drifting off the road.

“Caroline! Either you ask him out yourself or you stop asking me!” I said. 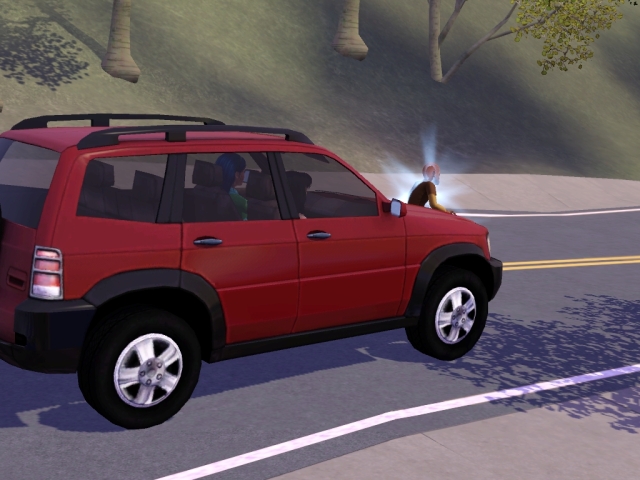 I slammed on the brakes, but it was too late.

The car did a flip and Caroline and I were propelled out of it.

After a few seconds of unconsciousness my eyes snapped open.

I did a quick mental check. I was bruised but nothing felt broken.

I got up, checked my physical bruises and then I turned around. Caroline was knocked out on the ground but nothing was bleeding. She looked like she was sleeping.

And now for the hard part.

I’d hit that boy straight on. I killed someone!

Checking for cars I went to the middle of the road. The boy was awake!

He had to be a werewolf, only werewolves could live through a car crash.

My breath caught as my eyes drifted to his face.

He was so handsome! 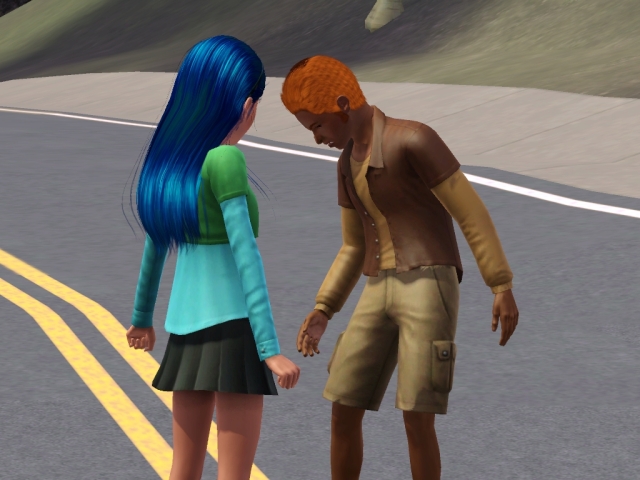 I mentally reprimanded myself. I’d literally hit this guy with my car, it’s not time to think like that.

“Okay? You just hit me with a car!” He grumbled as he got up. I know I did, but that’s kind of rude.

“Hey! You could’ve not put yourself in the middle of the road!” 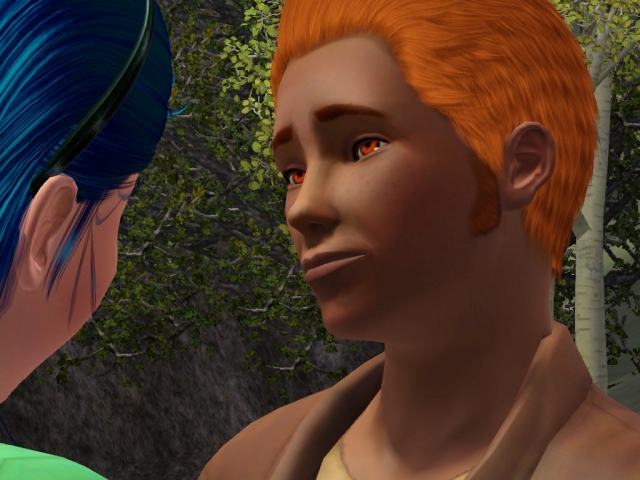 “Well hey, you’re pretty cute.” He suddenly said. My face flushed. But then I got angry.

“Shut up pumpkin head!” I stammered. I don’t know what got over me. His head really did remind me of a pumpkin though. The colors do.

“Oh so sorry, I didn’t see very well! Must still be under the shock from that hit I just took!” He snapped.

“Sariel, are you okay?” Mary and Collin came running over.

“The guy who just got run over by this crazy chick.” I rolled my eyes.

“You got run over by my sister? And you’re still alive?” Mary asked.

“Oh yeah, shoes and all.” He replied.

“What?” Mary asked, clearly as confused as I was.

“You know,” He made two fingers of his right hand run over his left hand.

And then Mary laughed at his joke. His super lame joke. She doesn’t laugh at my jokes and they are way better than his!

I decided to ask Jophia about her white eyes today and I got a whole lot more than I bargained. Guess all I ever needed to do was ask.

“My eyes? Oh right the immortal stuff.” After that she just spat out a flurry of words so fast I could barely keep up.

“For as long as I remember I’ve lived in an underground thing with people always giving me vaccines and taking tests of sorts. They kept locking my room, but I kept going out and listening to them talk. They kept saying things about white eyes and being immortal and being the core of the universe and how I was the key to rupturing that balance.”

“Something about how they’d managed to create me, a weapon that would do the opposite it was supposed to. In a way I had the power to destroy supernaturals, but I never did hear more because they always caught me. I did some research a few months ago and I realized I’m more special than I thought I was. I’m more powerful than any other supernatural and usually white eyes don’t have powers but I apparently do. I kept wondering what it meant!” 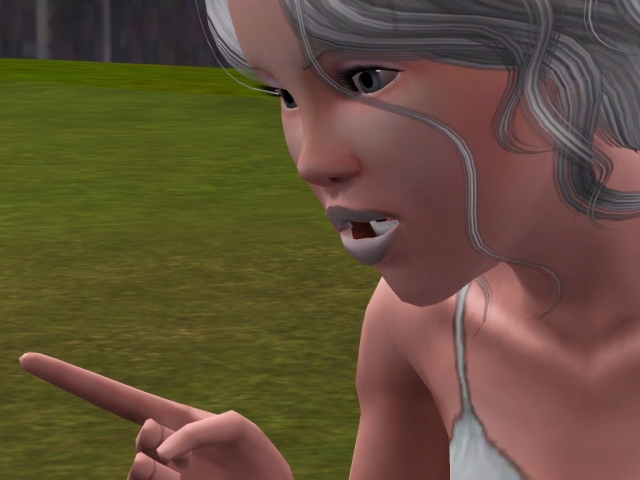 “I did some serious investigating of my home and found out that I’d been living with those anti-supernaturals you were talking about once. And then they had me try out my weird powers that they apparently didn’t even know I had and now they keep testing me out trying to improve my powers to apparently completely annihilate the supernatural population!”

Jophia took a huge breath. I stared on in confusion. “So then I thought,” She resumed. “I’ll ask Max what to do.”

…of course she did.

“Someone’s here.” Jophia suddenly said, but before she could disappear we heard a young woman’s voice.

We both turned around. A girl about our age pulled out a badge.

“You’re both under arrest for aiding anti-supernatural criminals.” She said. Handcuffs dangled from her hip.

You have got to be kidding me. It was only a question!

“Oops.” Jophia let out. I looked at her.

Oh wait, no she ran off.

The girl smirked and pulled out her handcuffs.

“It was only a question.” I muttered. I glanced at her badge. Yup she was a real police officer.

I’m more confused than ever now.

The final chapter! I was listening to a bit of cheery music so this turned out lighter than I anticipated. I’m planning for the next generation to be a little be more merry than Cain’s. XD

So time to vote! (while you do that, I have a whole week to uninstall and reinstall sims, because it hates me)

♪They say it's what you make♪ I say it's up to fate ♪It's woven in my soul♪ I need to let you go♪ -- Demons by Imagine Dragons
View all posts by blamsart →
This entry was posted in Uncategorized and tagged generation 4, legacy, sims, sims 3, sims 3 legacy, sims 3 story, sims legacy, sims story, story, whitelight. Bookmark the permalink.