Starting off with our dear Sariel. She’s inherited her mother’s looks and her father’s seriousness. She’s got a specific goal in mind for her future, but at the same time she finds herself pushed among the flow. The trauma of her childhood, the death of her mother in front of her eyes has caused her to fold in on herself. Will you follow Sariel as she makes her life decisions? And possibly moves on from her childhood ordeal?

Or maybe you’re more leaning towards our well built Max. His unresolved anger issues towards his half-sister and father don’t seem to be stopping his active life as a huge sportsman. Max enjoys not thinking too hard about what to do next, complete opposite of his father.  He’s the fan of several girls at his school, but it seems his eye has caught a certain white damsel. And now he’s being arrested by a girl his age. Things are becoming much too complicated for Max. Will you help him on his journey? 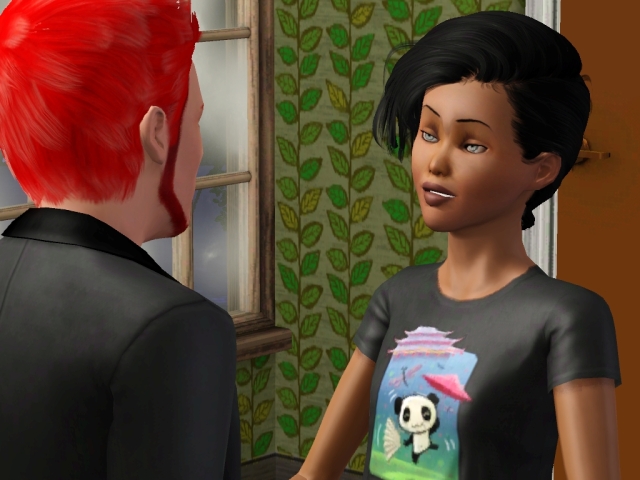 Mary was completely unexpected. Daughter of the woman who killed her siblings mother and daughter of an incredibly talented psychologist. She’s got a brother who hates her, a sister who only pities her and a grandma who just recently accepted her as one of the family. Who wouldn’t feel depressed? However, our Mary is one hell of an optimist. She sees that she has a great dad, a confusing grandpa, an entertaining uncle and powers that can let her see the future. She grabs her problems and finds a solution with a plus. Her brother bullies her? No problem, she’ll head to China, learn martial arts. He’ll leave her alone and she can help defend some other people. It’s a double win for her! Will you tag along on her adventures?

Choose wisely! Each heir has an interesting add-on planned. One I hinted at in every description here. 🙂

♪They say it's what you make♪ I say it's up to fate ♪It's woven in my soul♪ I need to let you go♪ -- Demons by Imagine Dragons
View all posts by blamsart →
This entry was posted in Uncategorized and tagged generation 5, heir vote, sims, sims 3, sims 3 legacy, sims 3 story, sims legacy, sims story, story, whitelight. Bookmark the permalink.