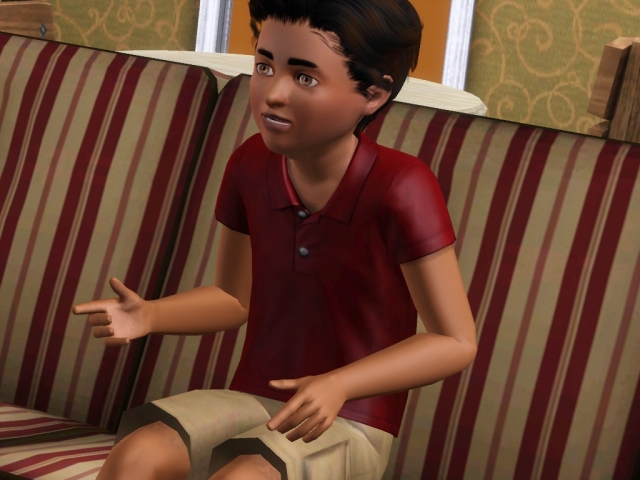 “You don’t get it. Murder mystery novels have intense psychological developments. The best ones are highly educative of the human mind.” Peter answered. I’d made the mistake of asking him why he preferred them over mystery novels. 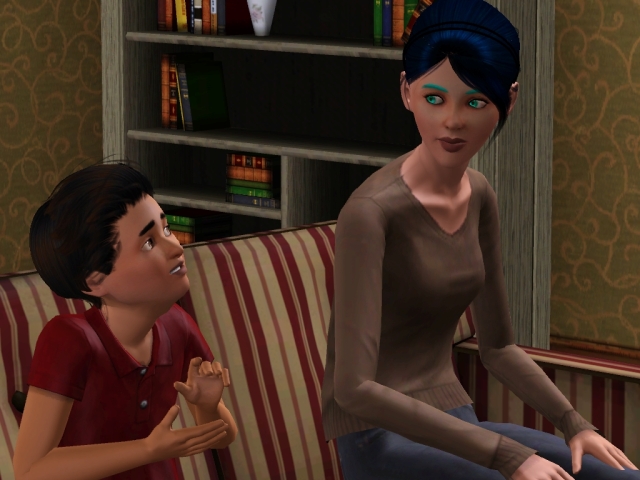 “But why the ones with murder? Can’t you be happy with mysteries?” I dared to ask again.

“No, no. That would be a gamble. Not all mysteries deal with the human mind. They mostly center around puzzles, but murder mystery novels are always about how they committed the crime and who.” 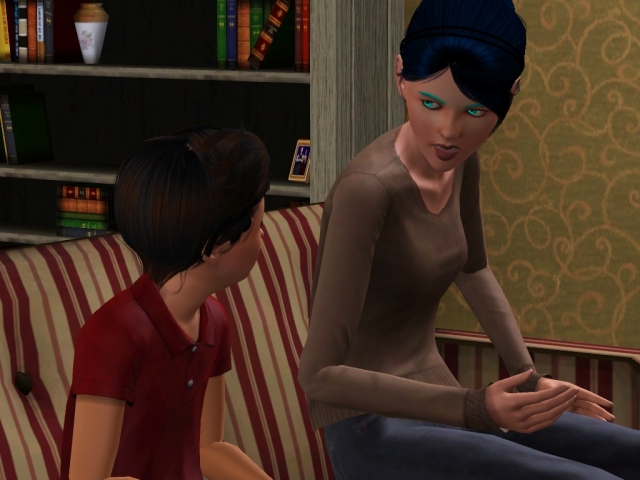 “But do you have to read those to Mincia? Aren’t they a bit graphic?”

“Oh I skip the gory parts. It’s to fertilize her mind. It’s better to start young. And it would be better if she was prepared.” He answered. 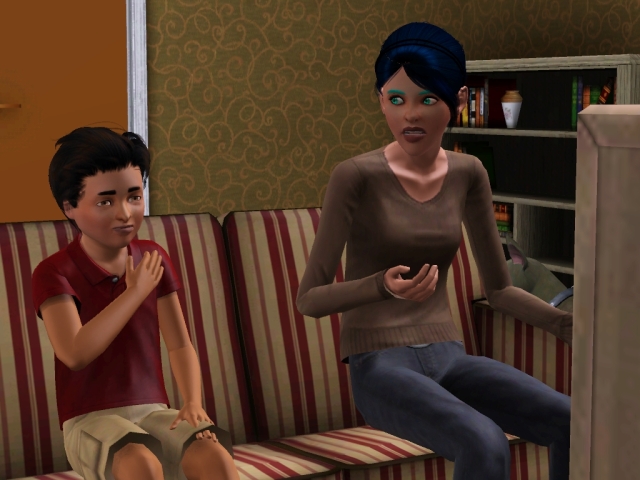 “You never know.” Peter joked. I rolled my eyes. 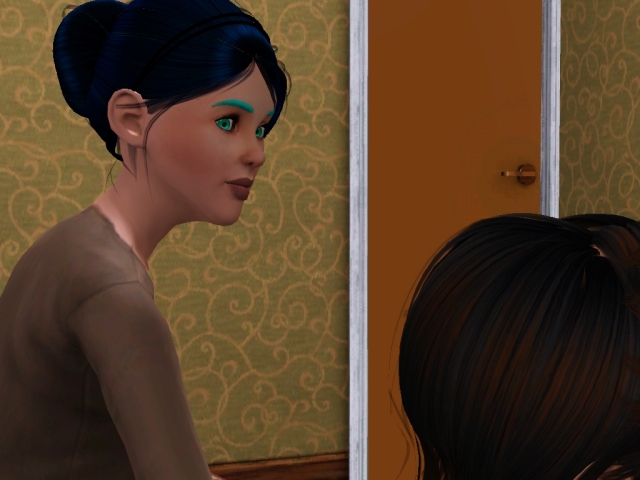 A loud bark was heard outside.

“Did you hear that?” I asked Peter. 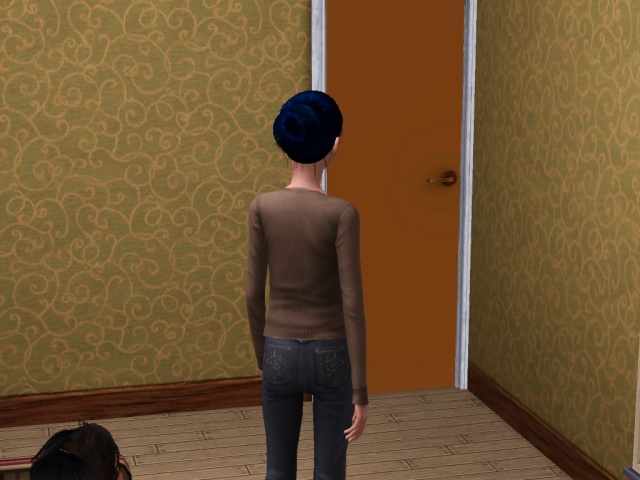 I got up to check it out. I wish this house had windows. 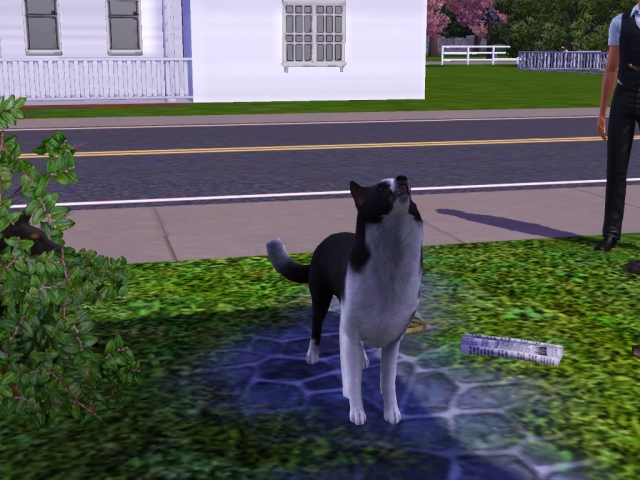 I opened the door and Rosa barked again. 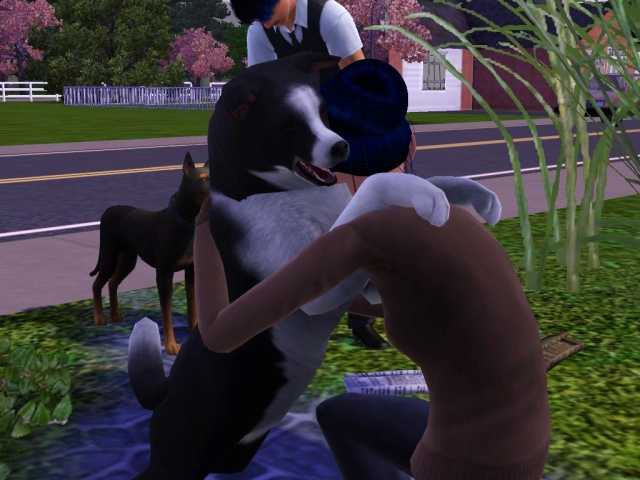 I barely saw anything else. I spread my arms open and shared a hug with the best dog in the world. 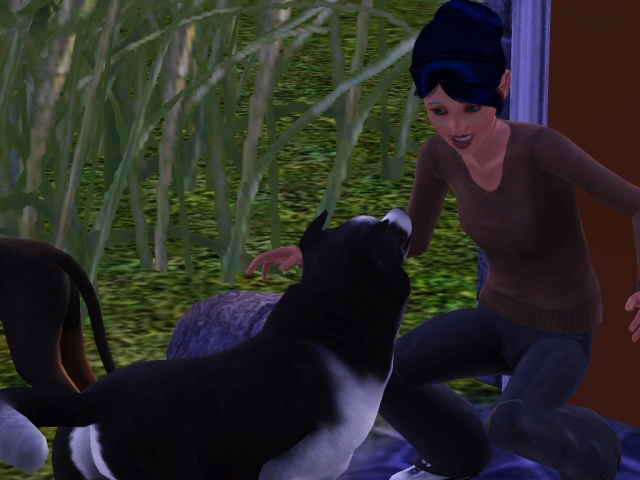 “I’m pretty sure I’ve missed you more than you’ve missed me.” 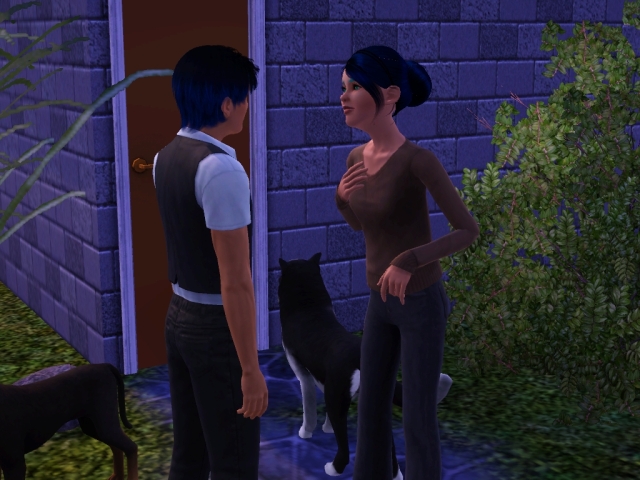 I finally noticed the man I’d met a few days ago. If I didn’t have any restraint I would’ve hugged him.

“Thank you so much!”

“It’s getting dark outside, come inside!” 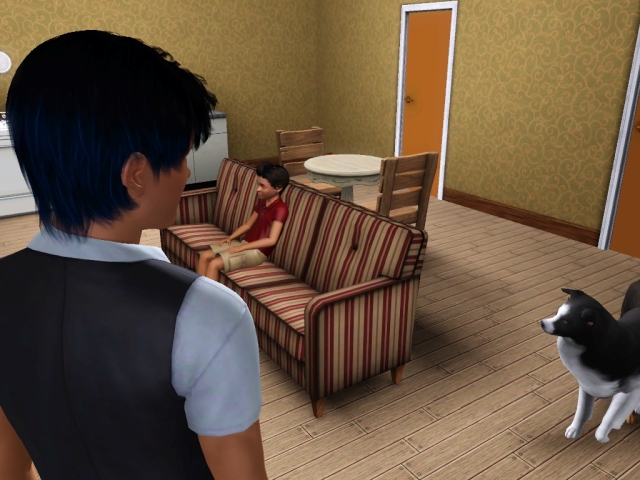 Ignoring his protests I dragged this savior inside, Rosa was quick to follow.

Peter was exactly where I’d left him, but he was fixated on the t.v. 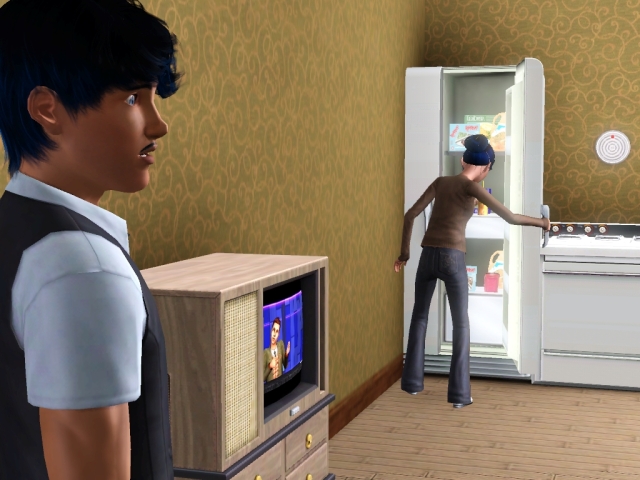 “Can I get you anything? A drink?” I asked, already opening the fridge. 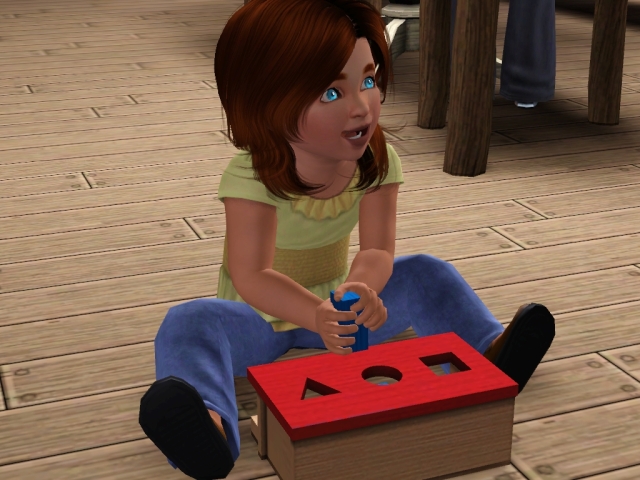 Mincia played loudly with the block toy I’d bought her. The man’s attention was drawn to her.

“That’s my daughter Mincia.” I told him. 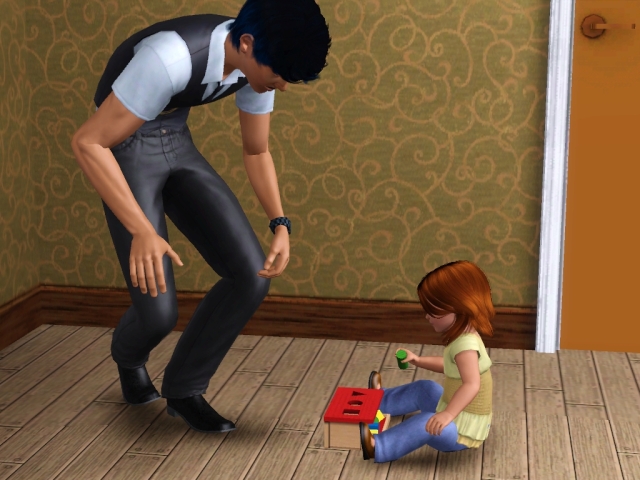 It didn’t take him long to walk over and sit in front of her. 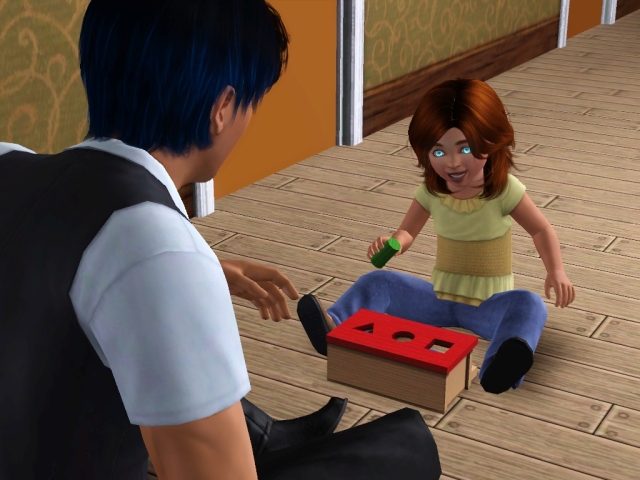 “You have a nice name, mine’s Rex.” Rex introduced himself.

“Rex!” Mincia repeated before giggling. I have to say, my daughter attracts people like moths to a flame. 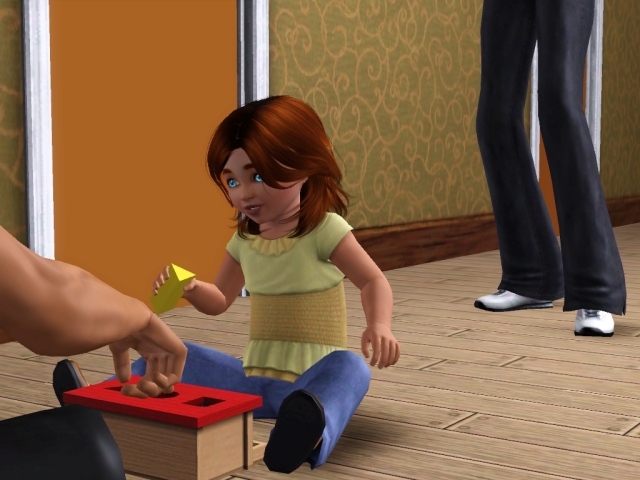 I’m surprised he hasn’t commented on her eyes. They are a clear indicator she’s a supernatural. Maybe he’s not as touchy as Mimi says people are. 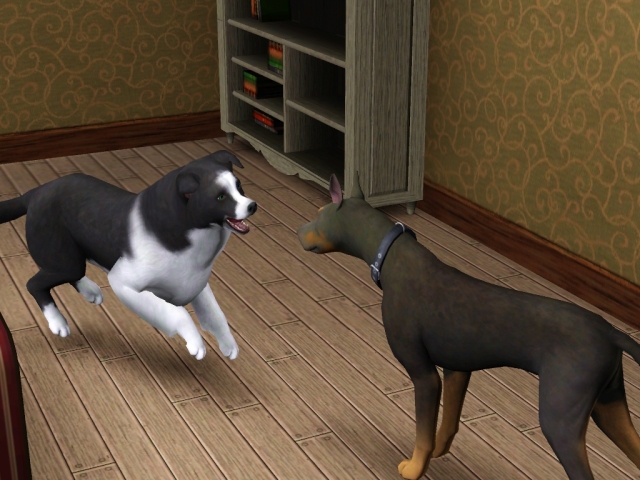 I glanced over at Rosa. She’d quickly gotten over sniffing the house and was having fun with Milo.

Oh now that I think about it, I’ll have to buy dog food for Rosa. And a dog bed. I’ll have to see if I have enough money put aside.

Someone tapped me on the shoulder. 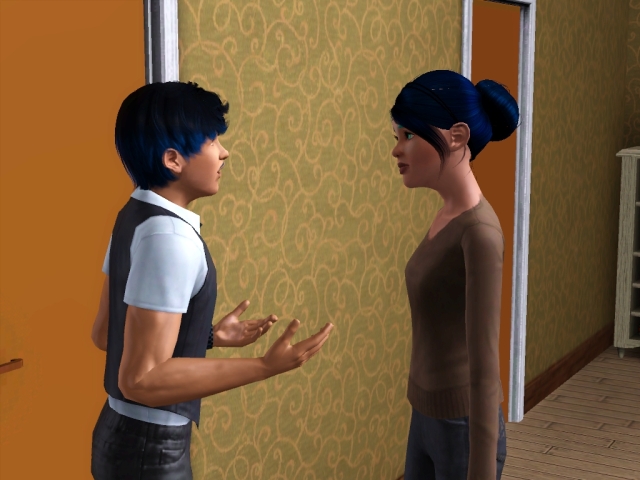 “Thank you, but I should go home now.” Rex said a bit nervously. I smiled.

“You should come back, Rosa really seems to like Milo.” I said as Rosa barked playfully behind me.

Peter chuckled on the sofa. 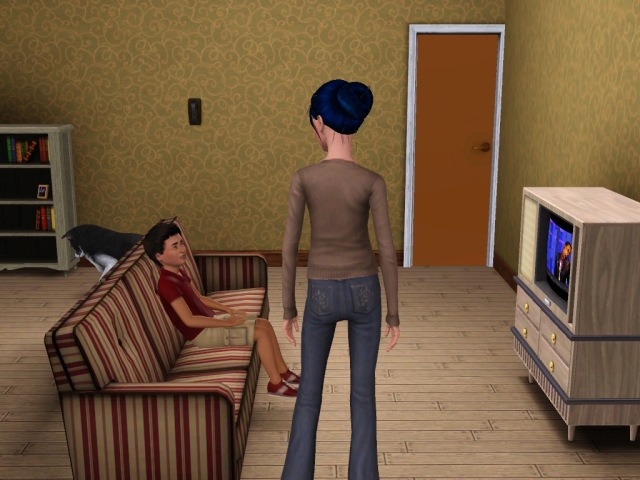 After Rex had left I went to pay Peter.

“Sooooo, who was he?” Peter asked slyly. 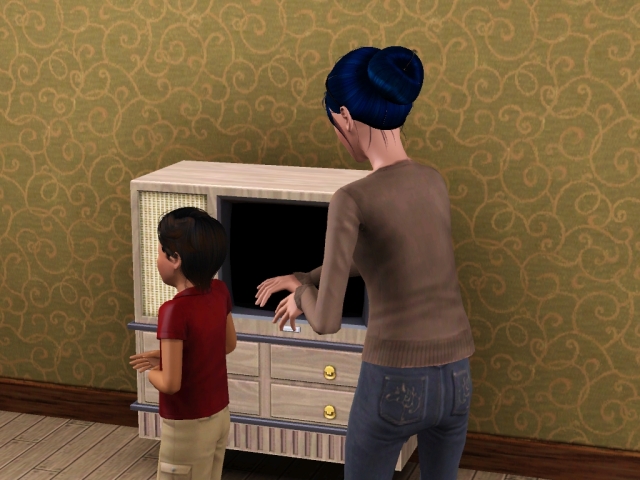 “Just take your money and leave.” I said shoving the money in his hands. He laughed.

“Fine, but you know, you can call me anytime to talk about it.” Peter continued joking. 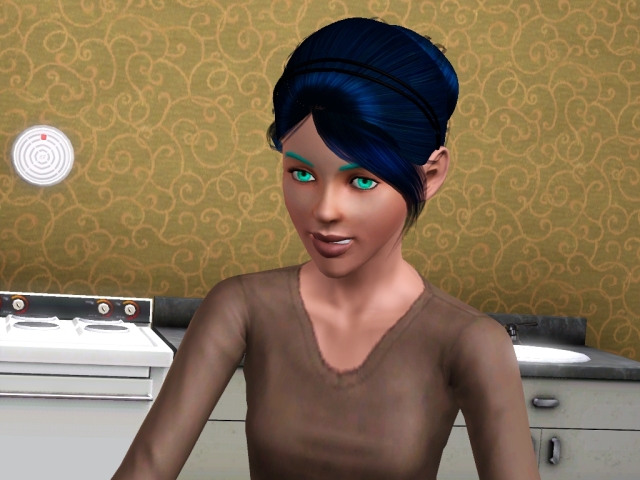 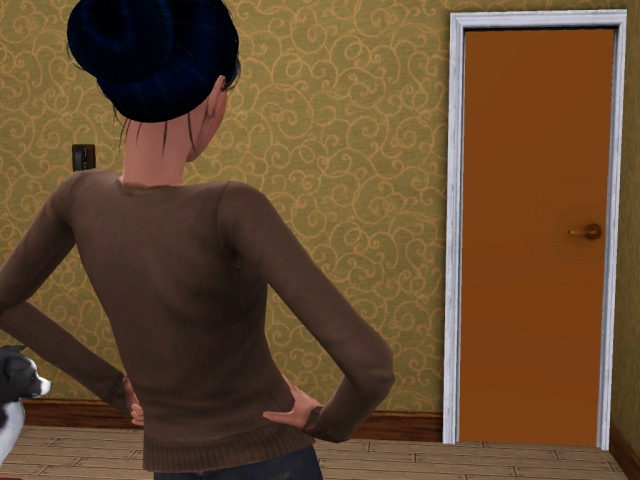 Peter left with another small laugh.

It’s not like that with Rex. He’s a nice acquaintance.

How else was I supposed to thank him for finding my dog?

And yeah he’s cute, but I’m not going to get into any kind of relationship. Mincia doesn’t need a father figure. 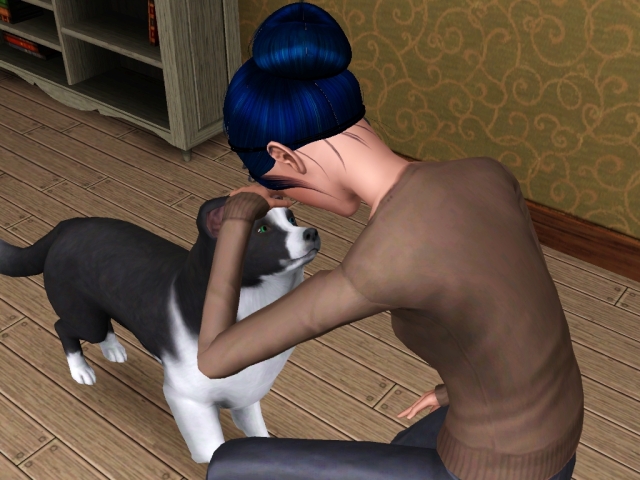 Rosa made a small whimper and I hurried over to her.

“I have no idea how you got all the way here,but it feels good to see you again.” I told her. “I may have made a few friends, but it feels lonely here.” I whispered. 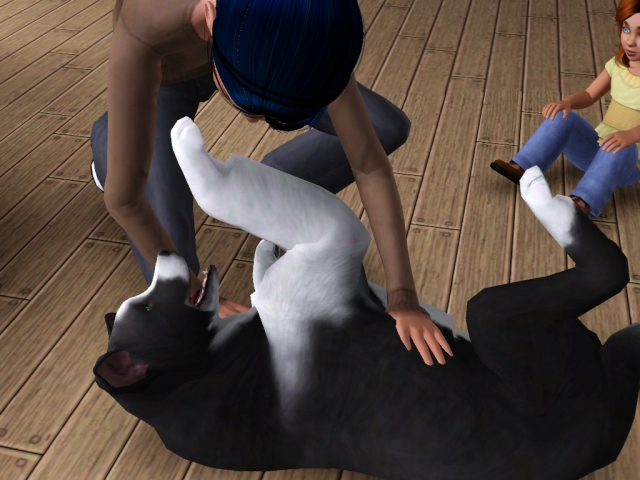 Rosa rolled over and Mincia crawled over.

I wiped away the tears that had begun to form as I rubbed Rosa’s stomach. 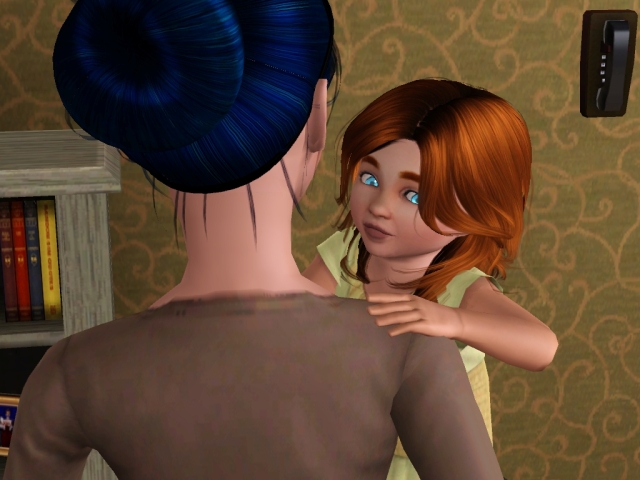 “It’s bedtime.” I told Mincia as I picked her up. 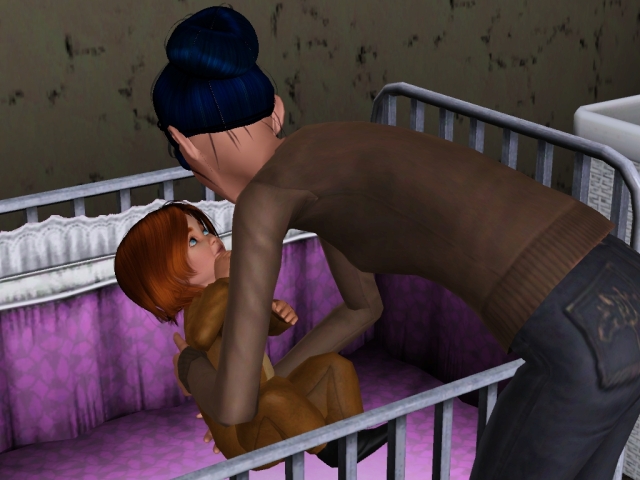 “Mommy’ll have to go buy dog food for Rosa on tomorrow’s break. Do you want to come with Mommy?” 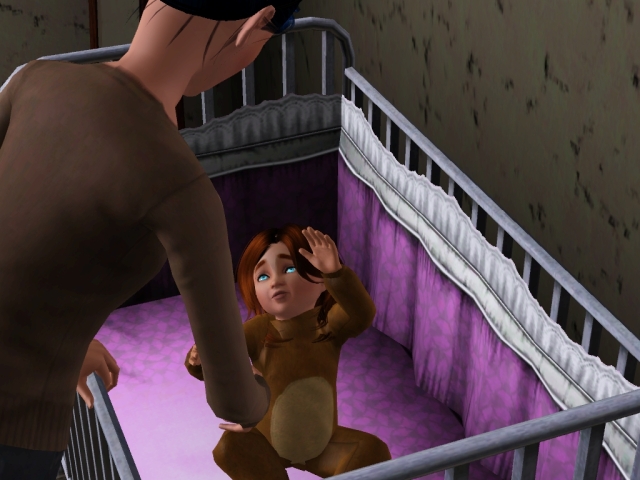 “No. Pway with dog.” Mincia protested weakly. Her eyes were already drooping shut. 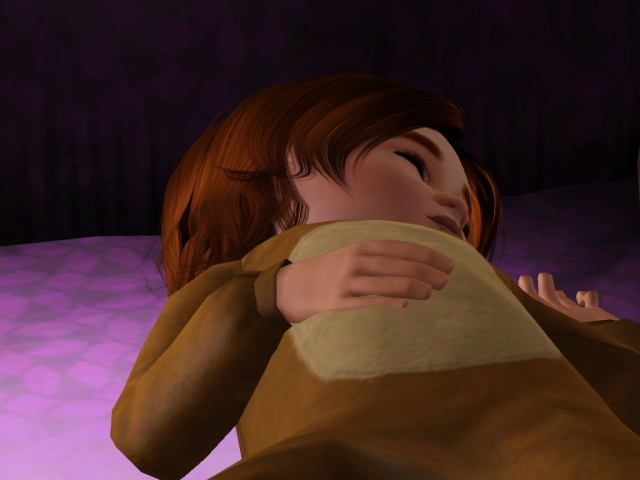 But by the time I’d said the word she’d already laid back and closed her eyes.

Yay! Rosa’s back! I thought it was time to give Sariel so homely comfort.

♪They say it's what you make♪ I say it's up to fate ♪It's woven in my soul♪ I need to let you go♪ -- Demons by Imagine Dragons
View all posts by blamsart →
This entry was posted in Uncategorized and tagged legacy, sims, sims 3, sims 3 legacy, sims 3 story, sims legacy, sims story, story, whitelight. Bookmark the permalink.