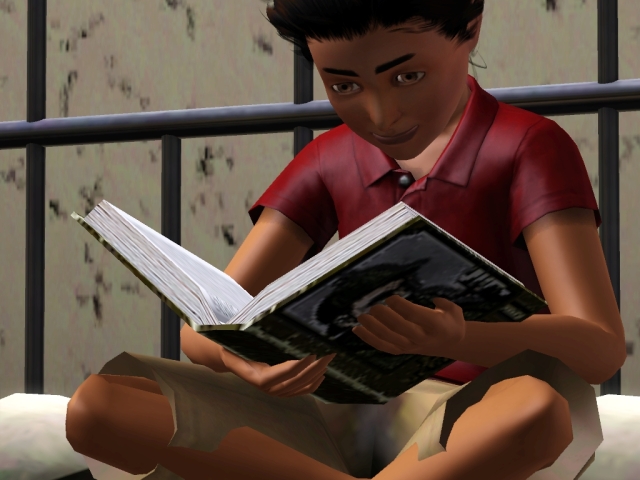 “The detective turned towards the baker and pointed at him with his magnifying glass. “It’s him. He killed the paperboy.” He accused. Everyone gasped in sho-”  I was reading one of my newest mystery murder novels to Mincia. I’d finally found it under my bed yesterday! Michael, my little brother, was constantly playing around with my things.

“No.” Mincia’s little voice cut through my reading.

“What do you mean no?” I asked, looking up. She’d started being a lot more talkative, but it was the first time she’d actually interrupted my reading.

“Not baker? Of course it’s the baker, he’s the only one without an alibi! Plus they found the knife under his pillow.” I argued.

“Not baker.” She repeated.

I grabbed an old wooden stool and stepped on it. It was the only way I was tall enough to look down into her crib.

“You don’t know what you’re saying. Of course it’s the baker. And if you’re so sure, who is the killer?” I challenged the toddler.

“Janitor?” I thought about the janitor and his alibi. Mincia began eating her mouth. “It can’t be the janitor, he has a rock solid alibi. He did seem a bit weird since the beginning, but…”

Now doubting it was really the baker, I grabbed the book and skipped to the end. Something I hardly do! But this was a special occasion.

“No way.” I gaped at the page. It really was the janitor! I closed it shut.

I stomped back to the crib.

“How did you know?” I demanded. “More importantly how did you figure it out before me? Did your mom read you the book already?”

“Bad alibi?” I thought about everybody’s alibis. “It does sort of contradict with one….no two other alibis…”

“He lied! He did have a bad alibi! You’re a genius Mincia!” I can’t believe I missed that! The only explanation is this kid is a lab experiment and so became more of an expert in murder mysteries than me.

“No it will not end here. I will not be beaten by a mere child!” I declared, quoting a great mystery murder novel I read recently. “We shall have a murder mystery contest. We’ll see who can solve the most murders! I have a bunch of great new books I saw at the library too…”

Mincia looked up at Rosa.

Rosa looked down at Mincia.

Yet another stare contest won by Mincia, those two are absolutely adorable! If it’s even possible, I think Mincia’s gotten happier now that Rosa lives with us.

Peter knocks. Miriam barges in. The grocers just leave the food outside.

Who could it be?

“Oh Rex!” I said surprised. Of course, that’s why Rosa was so quick to come forward. 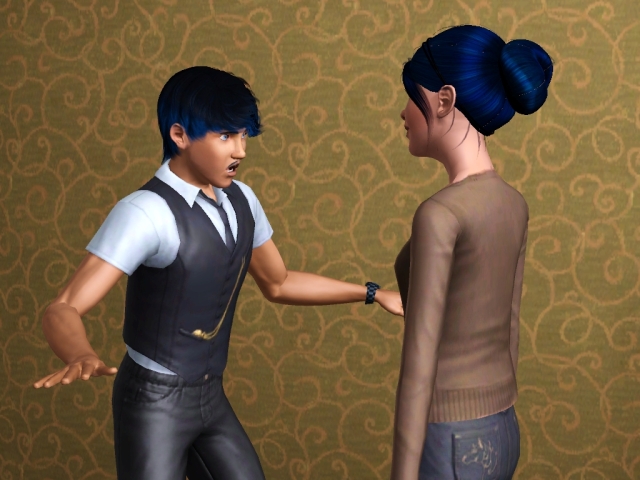 “It’s just that my boss gave me a scratch card, because…I don’t know why, but I’ve never used one of these!” He looked really panicked. Is it just me or does he look really adorable when he panicks?

“So I thought I’d give it to you.” He said and then quickly shoved the card in my hands.

“Haha, come on, we’ll scratch it together.” I proposed. He sighed a little in relief.

We sat down on the table and I told him we just needed to follow the instructions.

I have to say the idea that I might actually scratch a good card started to give me a weird sense of hope.

I wasn’t making any profit lately. True, I did have a good feeling I’d get a raise in one of my two jobs. However having Rosa was costing a lot more than I’d planned. I had too many things to pay for now! I had to pay for food, dog food, clothing for Mincia, the bills…Thank god Mincia was done with the baby pots once Rosa came along.

If I could actually win a little more cash. Just to make sure I don’t sink…

“So how do you know if you won?” Rex asked once I’d finished scratching.

I stopped breathing for a second.

“We won!” I exclaimed. I couldn’t really restrain myself this time, I jumped up and hugged Rex.

“1 000$…” I’d started super excited, but my voice had drooped down as I realized I wouldn’t be touching any of that money. It was Rex’s.

“Congratulations!” I said putting on a smile and giving him the card.

“What? But it’s yours. Remember I gave it to you.” He said giving me a nice little smile. He gave me the card back. 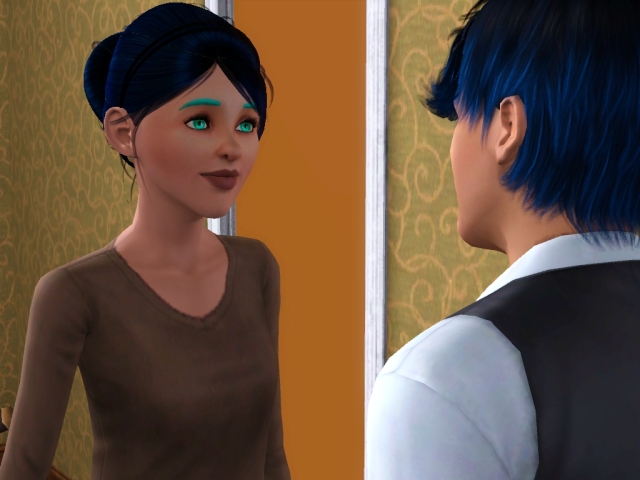 I could’ve said a million things, but I think this was the best.

“Uh no, don’t thank me, thank my boss.” He muttered looking around all nervous again. My smile grew wider. 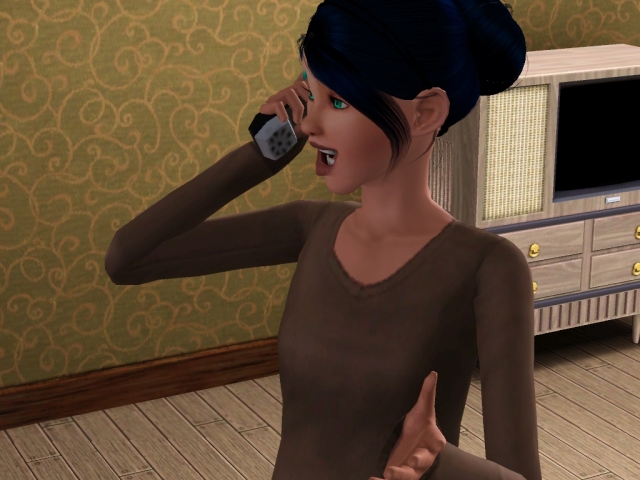 “And it’s really adorable when he gets all nervous. Reminds of a character from a fanfiction I used to read.  And-”

“Okay, can we skip this? I was really enthusiastic for the first half hour, but let’s skip to the interesting bit okay?” Miriam interrupted.

“Really? I’m talking about you asking him out. That is why you called me right? For advice?” Miriam asked. 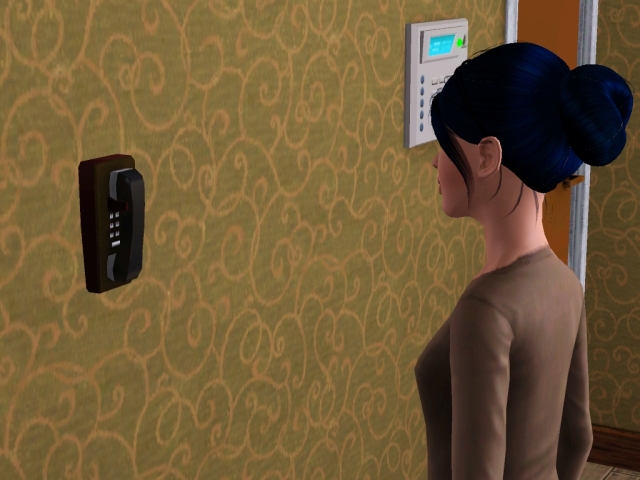 Five seconds after I’d hung the phone up, it rang again.

…apart from me that is.

I don’t know why but…I’ve got a weird feeling about this.

To be honest the last part was unplanned. I just thought it was a plot hole I needed to fill up and then…

Well you’ll see in the next chapter XD.

Wow, that’s two chapters in a row that I start with a picture of Peter. He’s appearing a lot more important than he really is!

♪They say it's what you make♪ I say it's up to fate ♪It's woven in my soul♪ I need to let you go♪ -- Demons by Imagine Dragons
View all posts by blamsart →
This entry was posted in Uncategorized and tagged generation 5, sims, sims 3, sims 3 legacy, sims 3 story, sims legacy, sims story, story, whitelight. Bookmark the permalink.