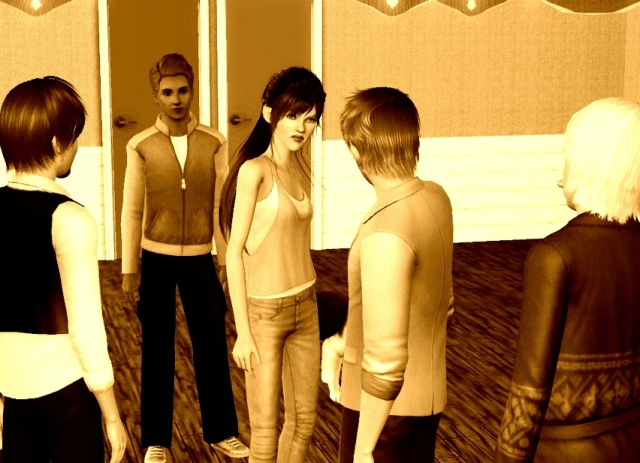 I didn’t wonder why I never heard anything about a missing blue-haired girl. I was sure they’d abandoned me like I had them. I was sure once I’d rejected them they never would have thought to come back to Twinbrook. To double-check to see if I was alive.

And so I lived my everyday life knowing I had betrayed my family. Knowing I’d probably never see them again. Knowing they were living their life while I was living mine. 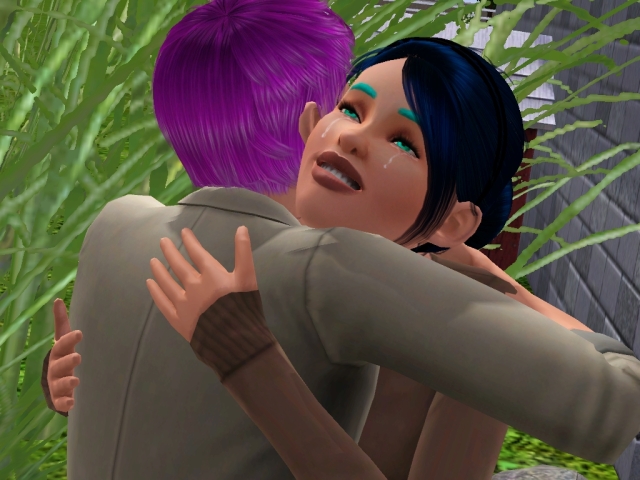 But here I was, tears streaming down my face, my heart nearly screaming with relief and joy, hugging my father. 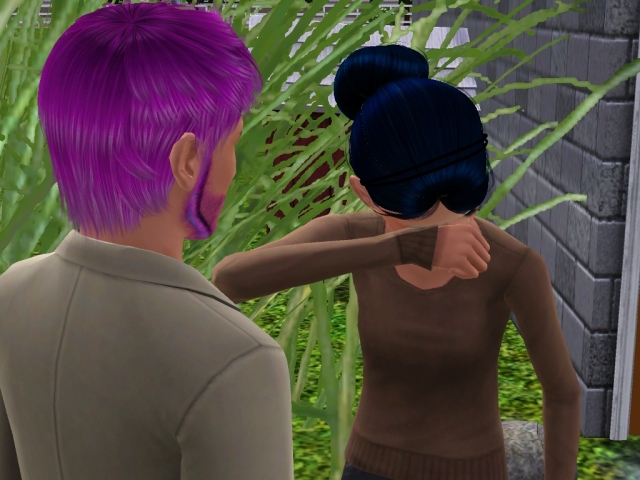 Even after we’d finished the hug I couldn’t stop my sobbing. 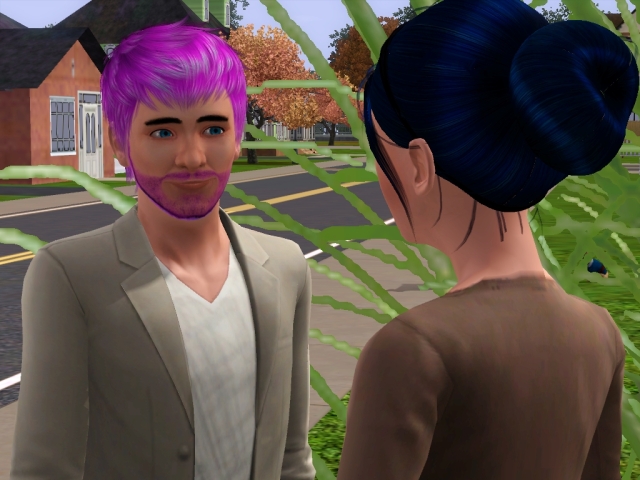 “So this is where you were hiding.” He said.

I’d missed him so much. To hear him talk made some more tears fall. I laughed a bit.

Then I remembered work. I sniffed.

“Um…dad, I have to go to work. But you can just go inside and meet my daughter, Mincia. She’s with Peter, the babysitter and Rosa.”

“You have a daughter?”

“Yeah, we can talk all about it when I get back.” I wanted more than anything to be with my dad right now, but I couldn’t miss a day of work. One missed day, meant a hundred bucks out the window. 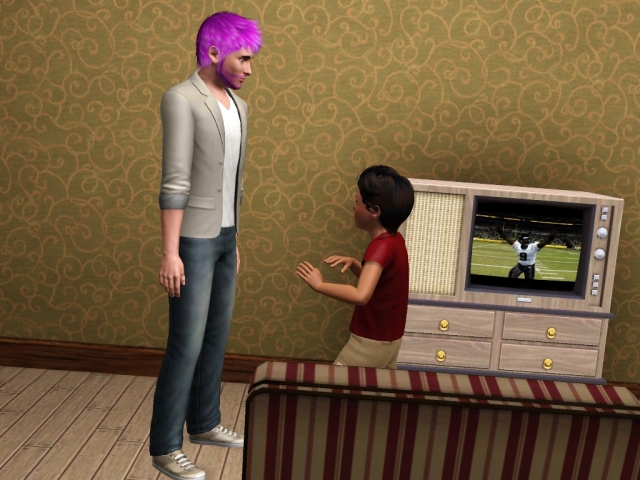 Sariel soon left running and I entered the house on my own. I took a moment to take in where my daughter had been living for the last two years.

Midway through my observation a boy came forward. A boy who could be no other than Peter.

“Sir! This is not your house, you do not have permission to come in as you please. So now I will ask you to leave promptly.” The boy said as he made shooing motions with his hands.

She was an adorable little thing, looking up at me with an examining look.

I could tell just by looking that she was very smart. It seemed I was right, Sariel had been pregnant with Charles’ child before we left.

“Sariel didn’t tell me she had a dad.” Peter said.

“Everyone has a dad.”

“Well yeah! That’s obvious! But you need to prove you’re the grandpa first! What’s her name?”

“Mincia.” I replied, more than happy that Sariel had given me the name before she left.

“Arg that was too easy.”

Peter dragged me to a wider space behind the sofa.

“If you can beat me at rock-paper-scissors I will let you pass.” Peter challenged, putting himself in position.

“Shouldn’t be too much of a problem.” I said, accepting his challenge. 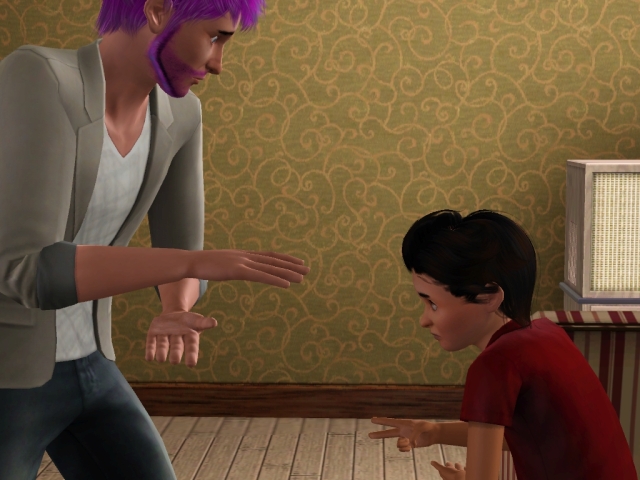 I played paper and he played scissors.

“I was distracted, let’s do a two-out-of-three.”

“Oops, we got the same thing.” Peter noticed. Mincia giggled in the background.

We played again. This time I had rock and he had scissors. 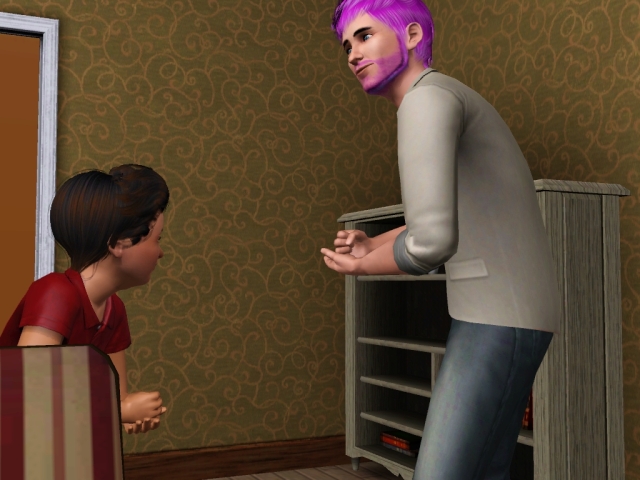 “Get ready to lose.” Peter menaced. I chuckled.

We got another a tie.

“This is it old man. No ties this round.”

Have I really gotten that old?

The hands were played.

“Ha you cannot beat me at rock-paper-scissors!” Peter laughed. 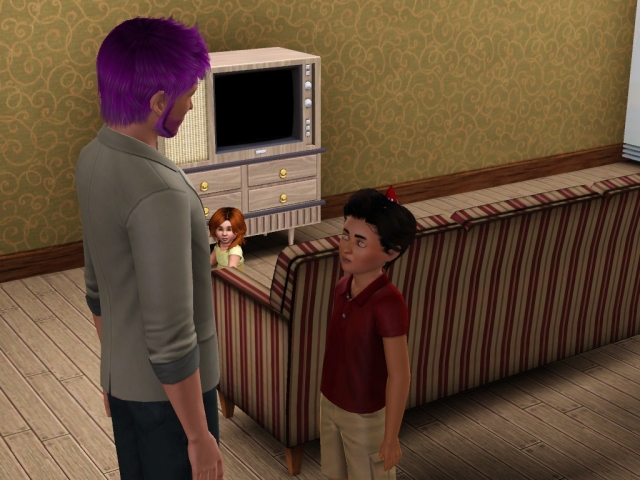 “I guess I’ll leave now.” I said, over-dramatizing the phrase.

“Wait! You were a good opponent. You can stay.” Peter said. “You guys do kind of look the same too. You have the same eyes.” 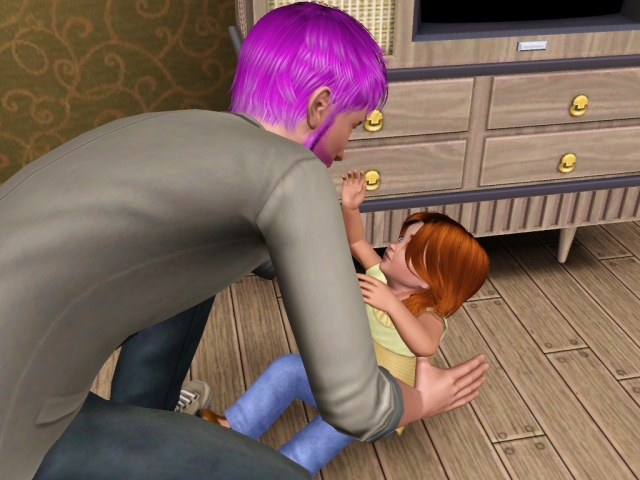 I walked over to my grand-daughter.

“Hi there little one. Seems we have the same eyes.”

I tickled her and she gave me a wonderful smile.

She has Sariel and Irene’s nose.

I’d come home to the amazing sight of my dad, Peter and Mincia playing a board game dad had gone and bought. After lightly scolding the two males for not putting Mincia to bed, I paid Peter and put my daughter to bed. It’s only after that, that I could sit down with my father and talk.

I told home what happened to me after they’d moved away. Dad was angry when I told him Charles had kidnapped me. I felt bad then, for staying in this house, but I didn’t have any other choice. Dad was also surprised when I told him about the phone call and the lack of contact that followed after.

Dad explained that he’d wanted to give me a chance by leaving me the plane ticket, and to be honest he’d actually expected me to take it. Which was why he got worried at the airport. He came back to the house to check on me, but there was only Rosa barking angrily inside the house. He’d wanted to take care of Rosa, but the moment he opened the door she ran off and he couldn’t find her again.

Max and grandpa Balthier left to the new house while dad stayed in Twinbrook to try and find me. However, he soon learned I wasn’t there anymore. He’d tried to contact Melody, but she’d left with Collin and both were nowhere to be found.

Finally dad had gone to China to see Mary, with the hopes she’d have a premonition. She’d had a lot of time to master her ability, but most of her premonitions were of me eating supper or doing the laundry or working at my jobs. Eventually one of her premonitions gave her the name of the stores I worked at and from there it was all about narrowing it down.

“So, you weren’t mad at me? You didn’t hate me?” I asked, letting my fears out in the open.

“Hate you? Sariel, never! The only one I hated was Charles and myself for not forcing you to come with us.” He said. A small weight lifted off my shoulders.

“Yeah well, in a way it’s not that bad what happened. If I hadn’t met Charles I wouldn’t have Mincia. And I probably wouldn’t have made such nice friends here.”

“Speaking of nice friends…that Peter kid told me about a guy named Rex.” Dad said with a coy smile. My cheeks flushed a bit.

“No no no. I’m not talking about this with you, and there’s not much to say. He’s just a real nice friend who asked me to go out…as friends.” I added quickly. Dad smiled. I noticed the wrinkles on dad’s face.

“Actually, Sariel there’s something that’s bothering me.” Dad changed subjects. “How did Rosa get here?”

“There’s a whole ocean separating Twinbrook and Legacy Island. A dog couldn’t have made it here alone.” He continued.

That’s true. How did Rosa get here?

*All rock-paper-scissor results were as shown in that order. I didn’t tamper with them or anything of the sort*

By the way Peter overheard Sariel and Cain talking so he knew, before Cain even got in the house, that Cain was telling the truth. He was just playing with him XD

Cain! I’m happy he’s back and being all fatherly and such.

Hmm how did Rosa get here? I wonder…

♪They say it's what you make♪ I say it's up to fate ♪It's woven in my soul♪ I need to let you go♪ -- Demons by Imagine Dragons
View all posts by blamsart →
This entry was posted in Uncategorized and tagged generation 5, legacy, sims, sims 3, sims 3 legacy, sims 3 story, sims legacy, sims story, story, whitelight. Bookmark the permalink.