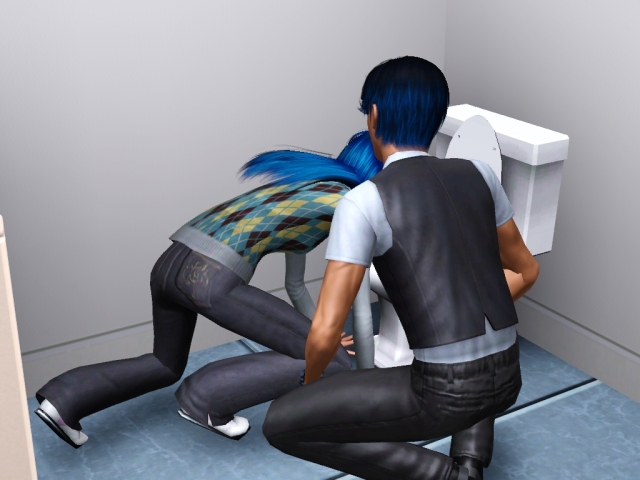 I vomited for what must have been the third time today! I didn’t know what was wrong with me and Rex was getting worried as well.

I was starting to think the stress from the guilt was making me sick.

Yeah, I still haven’t told Rex what happened. It doesn’t help that I’m not too sure what happened either. I have no doubt of the end result, but how we got there is still unclear.

“Yeah, no kidding.” I said as I wiped the edges of my mouth. Next time I’ll probably end up vomiting my stomach. 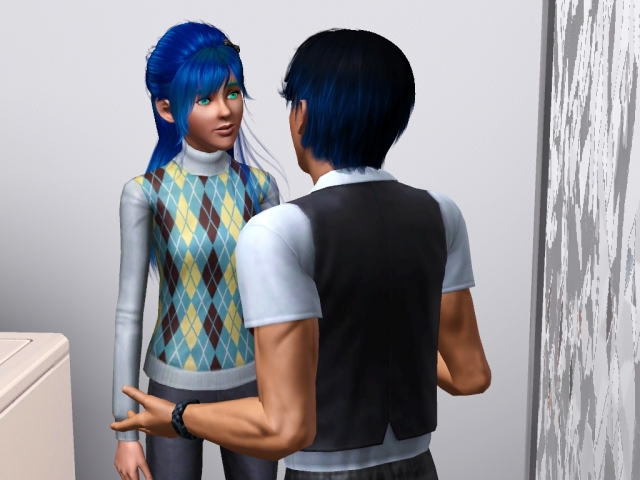 “Well…do you think you could be pregnant?” He asked, a hopeful spark in his eyes.

“That’s ridiculous, I can’t be pregnant!” I said almost immediately. But then I frowned, doubting what I’d said.  I really hope I’m not pregnant.

“Okay.” He said. “But, it’d be nice someday to have children of our own, right?” Rex asked. 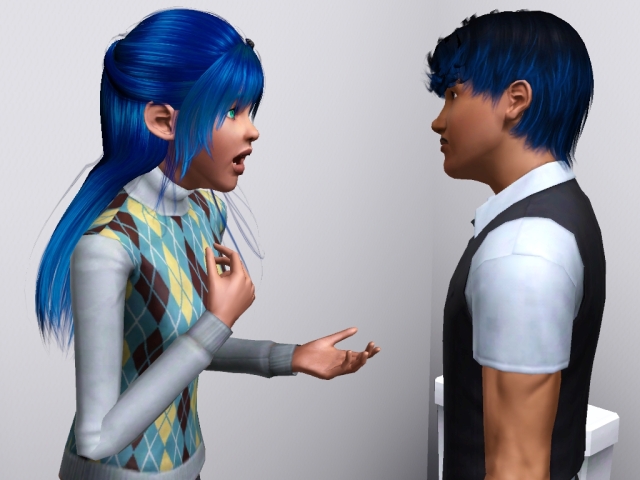 Now that I think about it, I’d like to have more with Rex.

“Rex, would you like to move in with me?” I asked.

“I’d love to!” Rex exclaimed with a big smile.

This was a huge step, but Rex and I have been dating for a while. I think it’s about time we took a huge step.

Then again, a huge step would be admitting the truth.

“So Rex will be living with us from now.” Mom said she came out of the bathroom. She had been vomiting a lot lately, I hope she doesn’t have some weird contagious disease. I should keep my distance.

“Will Milo come too? I think Rosa would like that.”

“Well then it won’t make much difference.”  I commented. Rex was always here when mom was. She actually spends less time with me because she spends most of her days off with Rex.  Not that I’m mad or anything. I get it that mom has to work so I can eat and stuff. I’m actually happy Rex is moving in, I like Rex. He’s sometimes funny and he’s a real pushover. He doesn’t mind that I make Rosa jump. I don’t get why mom doesn’t want me to train Rosa to do that, after all if a robber comes in Rosa will jump on him to scare him off! 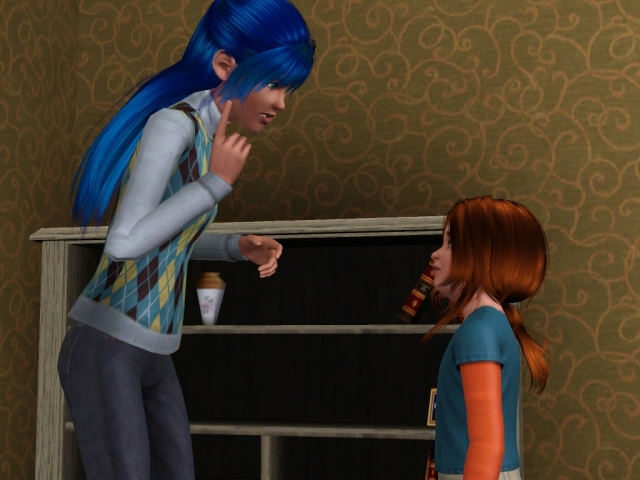 “By the way, Rosa’s been acting weird.” Most noticeably she stopped jumping when I tell her to.

“Well she’s always really tired and there’s always food left in the bowl when I go to sleep. Do you think she’s sick?”

“Well, we’ll try and keep an eye on her. It’ll probably pass though, if it doesn’t I promise we’ll take her to the vet.” Mom replied.

“Okay…Oh I know! I’ll go watch on her now!” I exclaimed. I could maybe even use my werewolf form! I noticed I can smell a bunch of new things when I’m transformed.

“Okay, but make sure to be in for supper. She’s outside.” 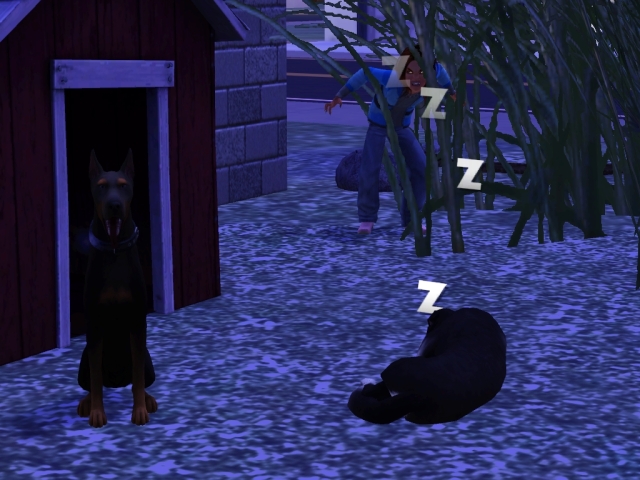 I quickly grabbed a sweater and transformed outside. I hid behind the overgrown grass in our yard and observed Rosa sleeping with Milo guarding her.

I crouched and sniffed the air. Maybe I could smell if there was something wrong with her. 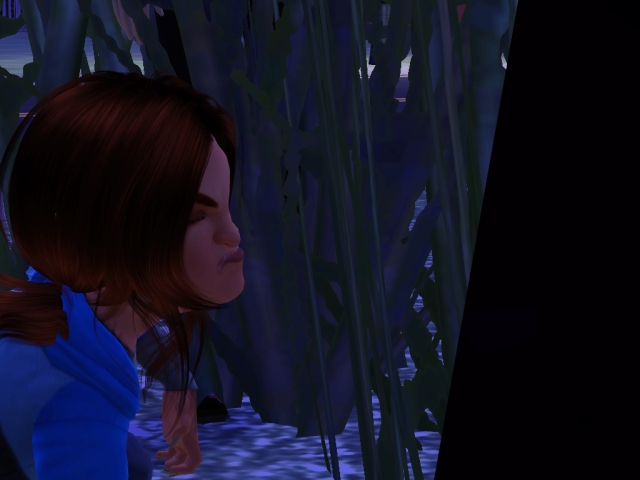 There was something weird in the air. I never smelled something like this before. I sniffed trying to identify the weird smell.

Another sniff and the smell had disappeared. I wonder what it was….

“Mom, Rex, when I went to the park with Peter I transformed and an old man called me a monster. Peter says I shouldn’t transform in public because there’s a law against it. Is it true?” I asked.  Mom and Rex exchanged a look.

“I don’t know.” Mom said as she ate another bite. She frowned.

“It sounds like the town isn’t too happy with supernaturals. Until we know more it might be best not to become a werewolf in front of other people.” Rex suggested.

“Yeah okay…” I suddenly realized something. I didn’t know any other supernaturals. Mom, Rex, Mimi, Peter, Grandpa and even that old man were naturals.

“I feel sick…” She replied.

Mom got up and rushed to the bathroom. I looked at Rex.

“Why does she keep vomiting?”

“Don’t worry I’ll take her to the hospital to ask a doctor.” Rex replied.

Turns out Rex’s instinct was right. I was pregnant.

I should be happy. I should be relishing the maternity leave I received and I should be already thinking on baby names. 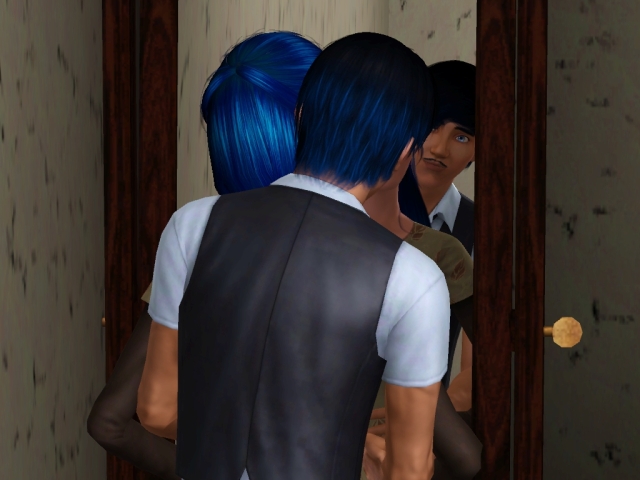 I nearly let out a scream when Rex hugged me from behind.

“Hey.” He said. I smiled in response trying to make sure he didn’t hear the beating of my heart.

I hope the child is his.

I was super surprised when mom told me she was pregnant! Which meant I was going to have a brother or a sister. And it was the only surprise! Rosa was pregnant too! That’s why she was acting so weird, and obviously the dad was Milo. Rosa didn’t even look at other male dogs.

Mimi is the only one who doesn’t seem surprised or in any way moved by the fact that they were going to be a bunch of babies in the house soon. Mimi is kind of weird in a way, but I always love talking to her. And today’s subject of conversation would be the supernatural thing.

“And Peter said there was a law against transforming. Mom and Rex said they had no idea so now I’m asking you.”

“You transformed in public and the guy ran away screaming?!” Mimi burst out laughing. “Okay Mimi number 2,” Mimi like called me Mimi number 2 because both our names started with ‘Mi’. “Open your ears wide. I’ll tell you what I know.”

I closed the t.v. so I wouldn’t get distracted.

“A little more than 100 years ago a horrible accident happened. I don’t know what the accident is, but I know what it caused.  The accident was HUMONGOUS, and apparently caused by supernaturals. The accident caused terrible things to happen, enough to completely soil the supernatural name in this town. The town hasn’t forgotten what the supernatuals did. There is no official law, but there is an unspoken one. Supernaturals are the main prey for gangs to make themselves look good.”

“It’s not easy being a supernatural here. Glowing eyes automatically means you’re either a werewolf or a vampire. Wings means fairy. Witches are the only ones who’s supernatural identity isn’t physically obvious. But I have heard witches have irresistible urges to use magic, and does who don’t for a certain amount of time tend to ‘lose it’. Speaking of which, if you want to go to school you’ll have to do something about your eyes.” Mimi continued. It was hard keeping track of everything she was saying. Supernaturals did a bad thing and now everyone hates supernaturals, and I’m a supernatural so I’ll get bullied. 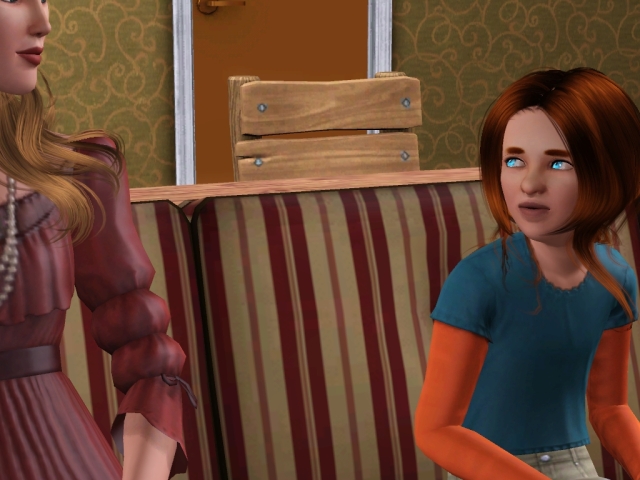 “I’m sure you could put on some contact lenses, but they might cost too much, so you could instead have some neat sunglasses…” Mimi stopped talking as she realized I’d asked her a question. “Yes, school. You know, the place where people learn stuff…”

I vaguely knew what school was from t.v., but I never considered I would have to go a place to learn. I already know enough! I’ll have to ask mom about school.

Wracked with guilt and confusion everytime I saw or even thought about Rex, I decided it was about time I asked for outside help. And the first person that came to mind was my beloved twin, Max.

I explained to him what happened, making sure no one was around to hear it, and awaited his comments.

“So what should I do Max? Should I tell Rex or not?” There was a small silence on the other side of the phone. Then I heard children talking in the background. My nephew must have a friend over.

“What? But aren’t relationships all about honesty?”

“Well if you thought that way why did you even want me to make the decision for you?” Max asked with a little chuckle.

“Well I guess I was just looking for a push.” I admitted.

“Either way, my answer still stands. It’s true that lies can destroy relationships, but so can truths. Either you tell him, you both feel horrible, and he doesn’t think he can ever trust you again. Within years your relationship crumbles. Or, you lie, you’re the only one who suffers, and he continues in blissful ignorance. Trust me, I’ve lived it, it’s better to lie.” Max explained. It made sense. Everything he said made sense.

I won’t tell him for the sake of keeping him. The chances of a one-night stand producing a baby are low, this is probably Rex’s child. I’ll just have to live with the guilt. I’ll suck it up.

And bam she is pregnant! But who could the father possibly be? Oh and Rosa is too! I’m excited to see the pups!!

I am aware the last few chapters have been rather uneventful and such (especially compared to Cain’s generation) but these chapters have specific purposes! I’m filling in plot holes, developping characters, placing seeds for new plots, and putting so many vague spoilers you wouldn’t believe it. What I am saying is these are essential for the future!

This was originally going to be two different chapters, but they were a tad short so I just stuffed them in one… (Oh wow already chapter 5.19! At the rate I’m going we’ll surpass the high score of 26 chapters…)

♪They say it's what you make♪ I say it's up to fate ♪It's woven in my soul♪ I need to let you go♪ -- Demons by Imagine Dragons
View all posts by blamsart →
This entry was posted in Uncategorized and tagged generation 5, legacy, sims, sims 3, sims 3 legacy, sims 3 story, sims legacy, sims story, story, whitelight. Bookmark the permalink.