I was originally going to put the first ones at the end of chapter 7.8, but then the random things kept accumulating and I decided it’d be better if I just made a post solely for this.

The first thing was when James  grew up XD

I laughed so hard! Especially with his ‘I am not okay with this face’

I wasn’t the only one who found this funny either; 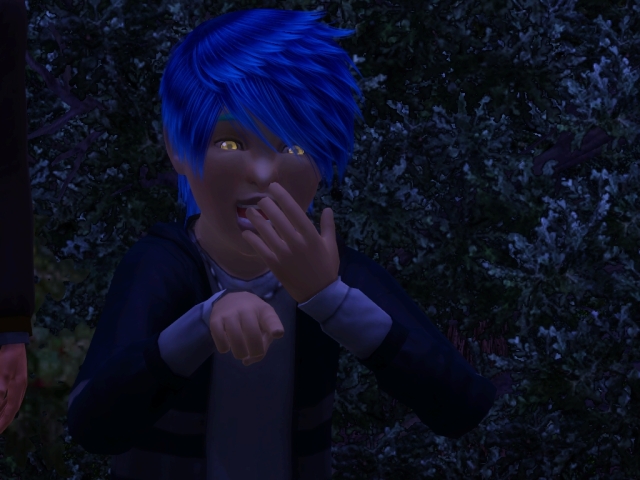 Next up was the wedding! It was on a seriously HOT summer day, and I hadn’t realized it, but on some other game I set the temperature at something like 39 degrees, so everyone was burning up pretty fast. I hadn’t realized how fast until James’ ass caught on fire. 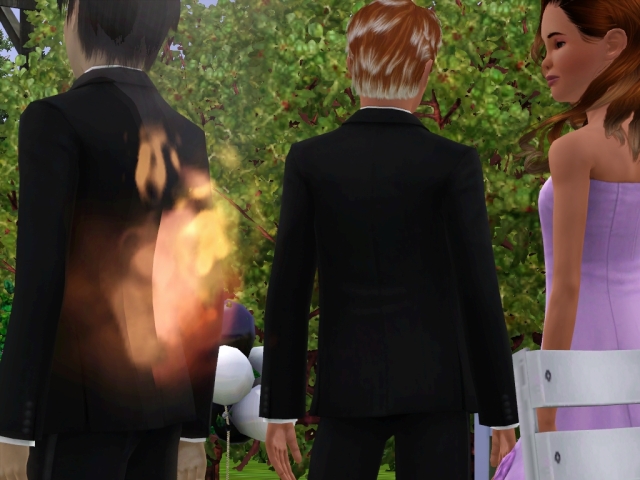 At first I dismissed it as a vampire thing so I kept checking the vampire’s status to make sure no one else burned up again. But apparently it wasn’t that cause Lance was next to catch on fire.

I had to press pause and fix everyone before they started catching on fire too! I obviously changed the temperature to avoid any more uncontrolled fires…XD

After that I thought the wedding would go smoothly but apparently Simon and Zyla weren’t even engaged yet! (guess I forgot) So I had to build them up to it, and when Simon proposed…

Zyla refused him! All because she’s an insane unpredictable sim! (she really has the insane trait) So I got her to propose to avoid any more confusion. Needless to say Simon was pretty heartbroken.

AS IF THAT WASN’T ENOUGH. Some odd balls started showing up. 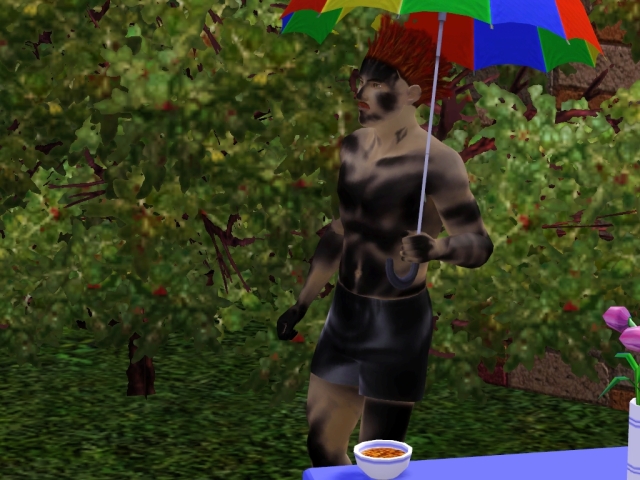 Can’t recognize him? That’s because a while ago he burned up like the rest, but he was way far in town and my camera zoomed in on him (he had quite the circle of spectators too as he burned) at a VERY critical moment.

Kord (yeah that’s kord) then decided to ruin a screenshot because he felt the need to come with an umbrella (its not even raining!) and throw rice at Zyla and Simon.

YOU WEREN’T INVITED KORD. You ditched remember? Go away.

Oh and it’s not over.

Then I had to have Lance and James hug.

I THINK YOU ALL KNOW HOW TEEN-ADULT HUGS GO.

I died trying to get a screenshot and eventually gave up and just took a back view. But nonetheless I tried enough times for James to finally have his fill of hugging his big bro.

Lance was really heartbroken at the rejection XD 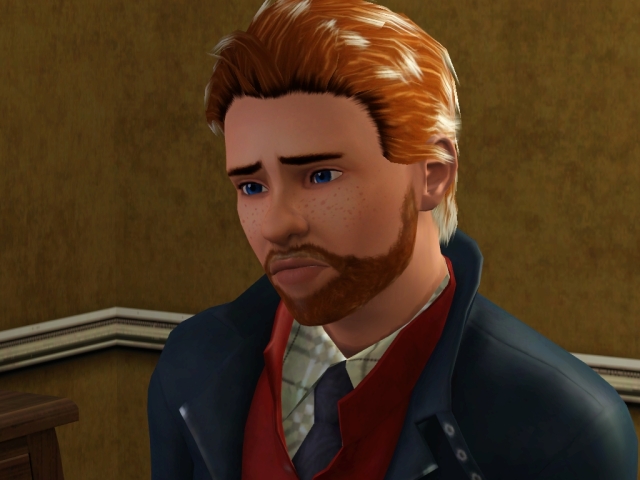 That’s pretty all I have XD

So now I’ll pamper you guys with a pic of all the kids cause we didn’t really get to see Nix or Alec. 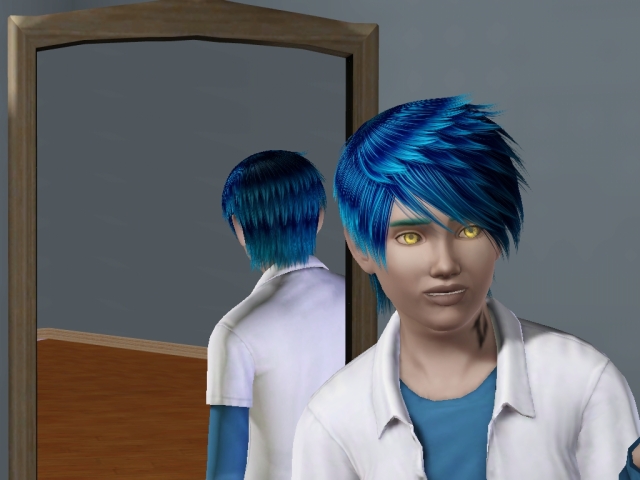 I wanted to take a serious pic of Aliska but she went and made this face so I kept it.

♪They say it's what you make♪ I say it's up to fate ♪It's woven in my soul♪ I need to let you go♪ -- Demons by Imagine Dragons
View all posts by blamsart →
This entry was posted in Uncategorized and tagged behind the scenes, generation 7, legacy, sims, sims 3, sims 3 legacy, sims 3 story, sims legacy, sims story, story. Bookmark the permalink.