Hi y’all! Guess what day it is? Halloween, woohoo!

So naturally, happy Halloween, or is it spooky Halloween?

I’ve got four goodies for you all today! Yes, four, unbelievable I know. The first one is due to a roar of inspiration I got. James just happened to be my conduit for it:

Oddly fits for Halloween no?

Next goodie, is Aliska’s part as promised.

It’s been a long time since I’ve been home, but due to recent events I wanted to ask mom for some advice.

I closed my eyes on the nostalgic piano music. I always enjoyed the music when I was younger, and it’s only when I heard Rehal play that I realized he was the author of these piano pièces.

I miss him. His death hurts a lot, especially since it was unexpected. I didn’t see it coming, and I couldn’t. I can’t seem to get premonitions for anyone else than my own family members. And even then it’s only one at a time for each.

I wouldn’t have figured that out if it wasn’t for James. I only ever got one premonition for him, and it’s the same one I keep getting every time I try. It’s always the same image; James kneeing on the ground with a baby covered in blood in his arms, and behind is a green-winged fairy which I assume is Kyxa now. Actually, the more I see the premonition the clearer it gets. A shocked Kyxa is looking at something in front of James, and he looks downright pissed. The background is a bit hazy, but I can make out a ladder.

Sigh. I hope uncle William is okay. He’s got me worried. He dropped this huge device in my lap with an envelope, telling me to open it in ten years if he doesn’t come back. Then he left to god knows where to probably never come back.

I love my uncle. He’s misunderstood, in particular by James. I can’t believe he tried to stab him! Damn it James, open your mind up a bit will you? William isn’t who you think he is. True, his methods are a bit borderline sometimes, but not only are they not nearly as bad as yours, but his intentions are pure and his goals are good.

Ten years is a long time. I feel kind of happy, however, that I get ten years without my uncle. I love him, and I loved working for him, but I’ve been working with him and the gang for years now. I want to do something else. I want to explore something new. I want to find someone I like, just like every single one of my siblings have. Eh! I can’t believe it, they really do all have a partner! Well except Alec now…I predicted Tessa would dump him.

I sighed happily, from now on I’ll start doing things on my own. Maybe explore the world a bit. The opportunities are endless. Money however is not.

I chuckled to myself before getting up. Before I go do anything fun, I better put this thing somewhere safe.

The next goodie was mostly for fun. But things turned towards a whole other direction.

James is magically given speech by some unknown powerful source.

It’s Halloween so I decided to gather up all my heirs just for the heck of it, but they all decided to gang up on James. Come on guys, what’s going on?

Millie: The answer to that one is obvious.

James: You’re all just pissed cause I’m not a bunch of saints like you.

Rosahelminthe: That sounds like one hell of an insult coming from your mouth.

James: Come on, let’s be honest here. There’s finally an heir who gets things done. 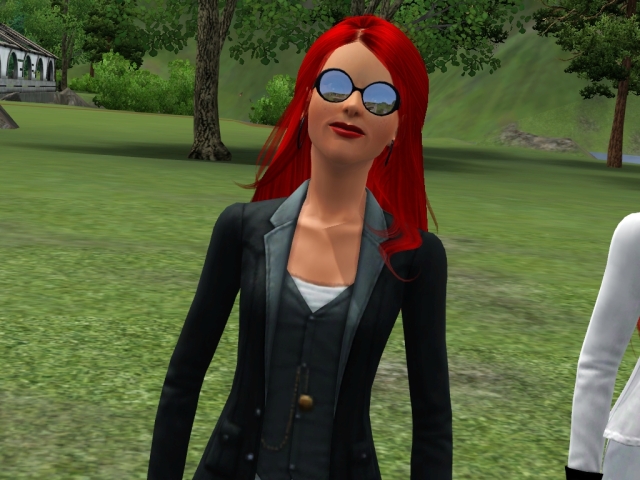 Rosahelminthe: Excuse me? Try saying that again you lazy vampire.

James: Fine, you might be the only one who’s ever accomplished ‘something’. But look at what that gave. Since you decided to lock Assaria away instead of kill her you caused trouble for the future generations. Me in particular.

Rosahelminthe: Don’t blame me for your mistakes.

James: I’m sorry, I should definitely listen to someone who ended up dying because she was too weak to defend herself against some random infection.

Millie: Watch your tongue James. There are some things you can’t control.

James: Oh and you, the blind witch. What did you do? You let your life be led by your husband’s dad, and the moment you’re finally released from his hold what do you do? You go on with your life like nothing happened, and you just forget about him completely.

Millie: Did you expect me to do anything else? Wait, you wanted me to kill him in cold blood? Just for the heck of it? He may have been a selfish man, but he wasn’t worth killing and you said it yourself, he was Roland’s father.

James: What you should have done, is make sure he understood his mistake. You let him go scott free. Good thing he was killed by the anti-supernaturals, who knows what else he would’ve done! But no, you were too much of a nice person to see the big picture. Sounds a little egocentric to me. 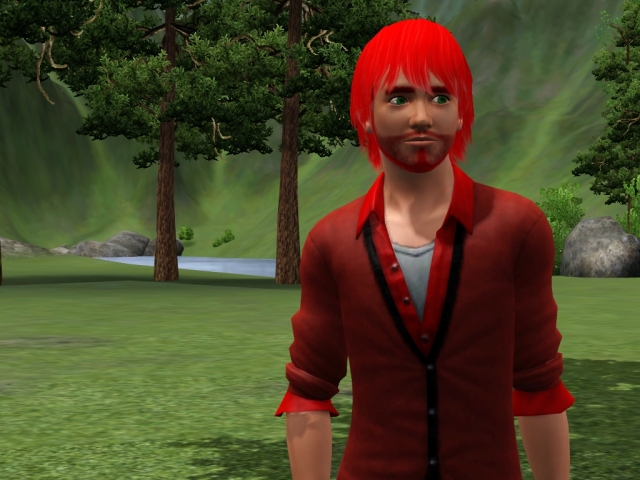 Balthier: Yet nothing happened. Millie went on and had a happy life, and Jeremy didn’t do anything bothersome to anyone else. It’s going after him that would’ve been a mistake.

James: And I bet you had a whole lot of fun living off your mother’s success eh? You had one hell of a moocher life. You lived with your parents your whole life. You were so happy and nice you decided to help some random stranger you happen to meet. Laura? Was that her name?

James: If I remember correctly, you were so nice to her and so willing to help you went ahead and impregnated her! And then what happened…oh yeah she died. But you knew she had some weird drugs in her system that you didn’t know what they did. Turns out, they killed her when she was giving birth.

Cain: Attacking us is hardly going to do you any good. We’ve all lived our lives, what’s past is past.

James: But that’s what I’m saying, you who made so many mistakes in your lives actually want to give me advice on mine. It’s actually funny you of all people is trying to tell me not to kill. I’m pretty sure you killed yourself.

Cain: That was hardly my fault and you know it.

Cain: Well you of all people know how it is when you get controlled.

James: How very funny. But I do remember you willingly let the witch control you, for something like revenge. So you have no place to dictate me.

Cain: And you see where that got me? It led to the death of Irene.

James: Because you decided to do things the ‘right way’ at the end. Talking? What kind of solution is that?

Cain: It can be a power-

James: Oh stop it. I don’t want to hear any more from a pathetic man who couldn’t move on after Irene, who let his son hate him and let his daughter be kidnapped by a sociopath. 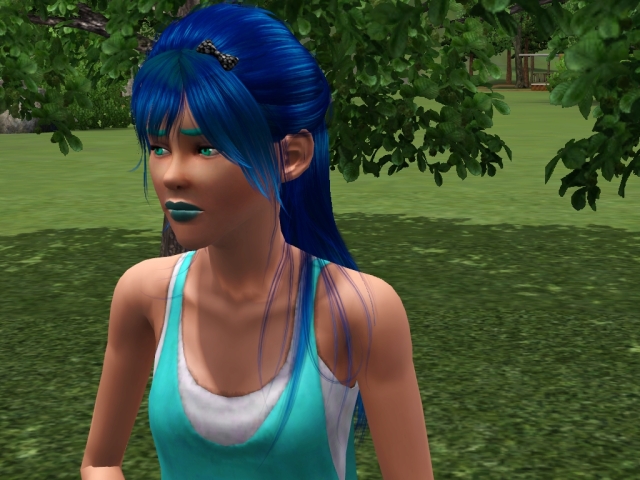 James: Speaking of, I have to say grandma, you were the most disappointing heir of all. You’re one of the biggest push-overs I’ve ever seen! Your whole life is about people abusing you. You let yourself be kidnapped by a werewolf. You also got yourself impregnated by Velor, whose relationship to this family is really troublesome. You let yourself be put in a coma, missing a good dozen years of your children growing up. And these are just the big ones. If only you’d stood up for yourself… 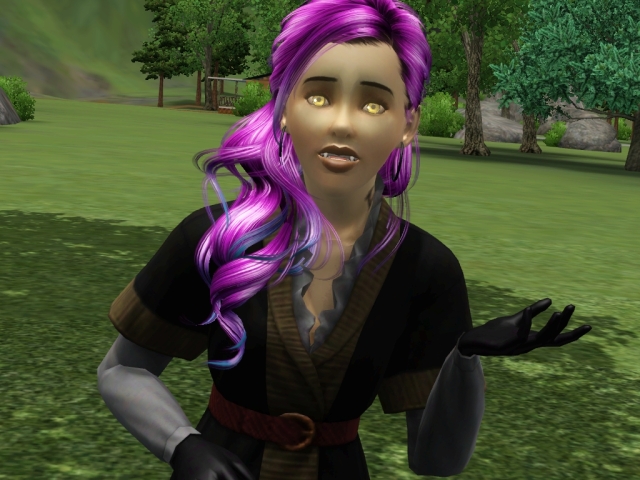 Zyla: I agree with you James. But standing up for yourself doesn’t mean killing the people causing you trouble. That’s another extreme.

James: Oh lookie here, the saintest of them all. You’ve never done a thing wrong have you mom?

Zyla: Well I can’t say that-

James: No of course not. You’re someone who avoids conflict, but look what that did. You got kidnapped by dad to be brought to a vampire house. In a matter of minutes you’d already accepted you’d be living there. There’s no point in making conflict eh? First mistake, you trusted Velor. I mean that’s a huge mistake. But then you had the idea to stop Velor from going to war, which would’ve good if you’d done it correctly. No you wanted to do just like your grandpa and use the talking technique. And that went so well.

Zyla: There wasn’t much else-

James: Let’s not forget that you made the same mistake Rosahelminthe did. You didn’t kill Velor and now I’m stuck picking up your messes! Let’s not forget to mention William is your brother! Pretty sure he wasn’t crazy when he was born. For someone who hates conflicts you set a whole bunch in motion. And the very fact that you married the man who kidnapped you to this life makes me think you’re some sort masochist.

James: No I don’t want to hear a thing from your mouths. You’re all a bunch of goodie two shoes who were so stuck on their ideas of morals that you couldn’t take matters into your own hands. Well guess what? Sure, I’m not saying killing is good, but someone has to do it. Someone has to take care of these jerks. They’re our responsibility. Rosahelminthe didn’t kill Assaria. Sariel got Velor involved with our family. William went crazy during your time mom and he’s your brother. It’s up to us to take care of these problems and since you’re all too nice to do it, I’m stuck with the job. 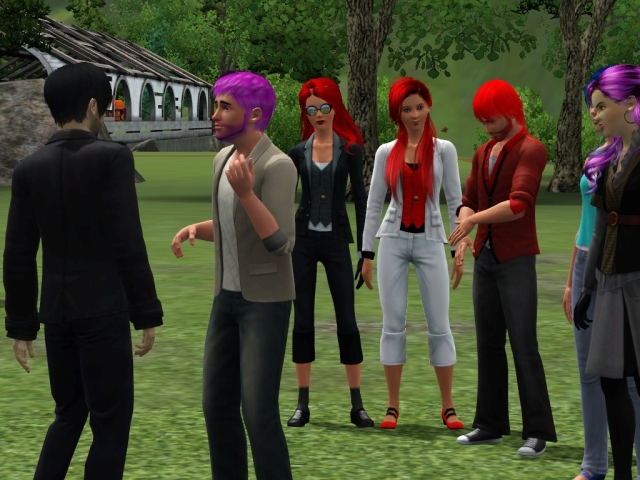 Cain: Yes, you’re right, we made mistakes that had consequences, our lives weren’t as wonderful as most, but we’re all only human. There are limits to what we can all achieve. We did our best with what we had, just like you’re doing the best with what you have. But killing is never an answer. And you know it. You haven’t killed Assaria yet.

James: That’s because she’s not worth killing. Not yet.

Cain: And all those vampires you keep killing? They pose a threat to you? Have they taken Xavier? Have they killed anyone?

Cain: No, they haven’t. So why then do you kill innocent people and keep the guilty alive?

James: Are you encouraging me to kill Assaria? That’s counter productive.

Cain: No, I’m making you realize you aren’t killing those vampires for some greater justice. You’re doing it just because you can, because you are stronger than they are. You’re just using them to vent your anger against Velor. Don’t you remember the frustration at being used as well? When you realized you’d just been a tool to free Assaria?

Cain: I’m saying: Stop using the easy way out. That is the mistake we made. Whenever we used the easy way out, bad things happened to us. It may seem like everything is ideal when you do, but the easy path is short and usually leads to a dead end. If you truly want to be happy you have to earn it. 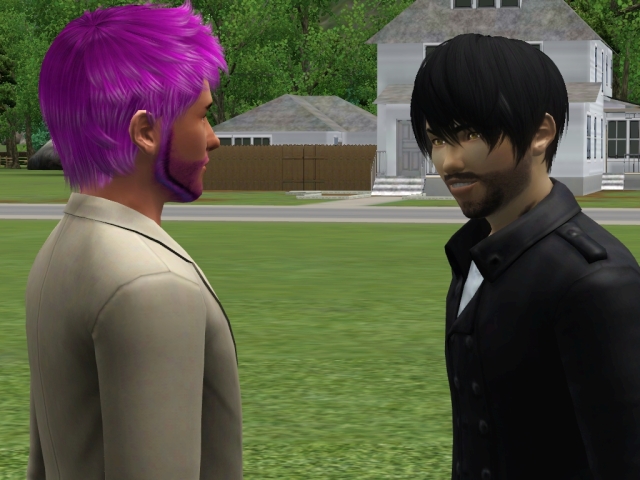 James: No see, I’m taking the hard path. I’m doing things no one else can or would do. And on top of that I’m eliminating future problems. So don’t give me all this crap. Instead, give me a solid reason as to why I shouldn’t continue on this path?

Cain: You want the simplified version?

James: Bring it on. I’ll show you the flaws. 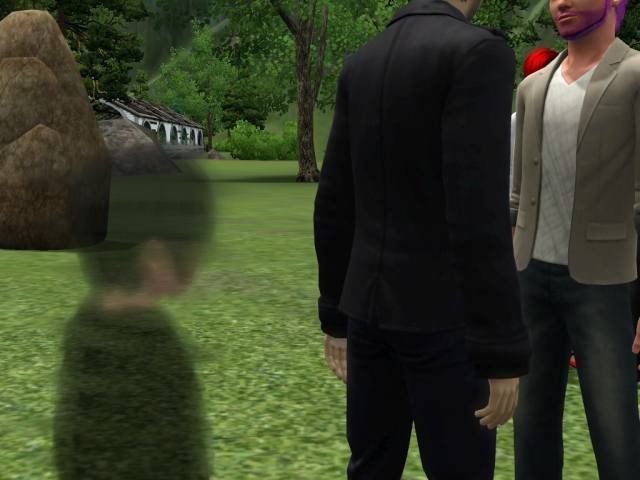 Xavier: Because killing is bad daddy. 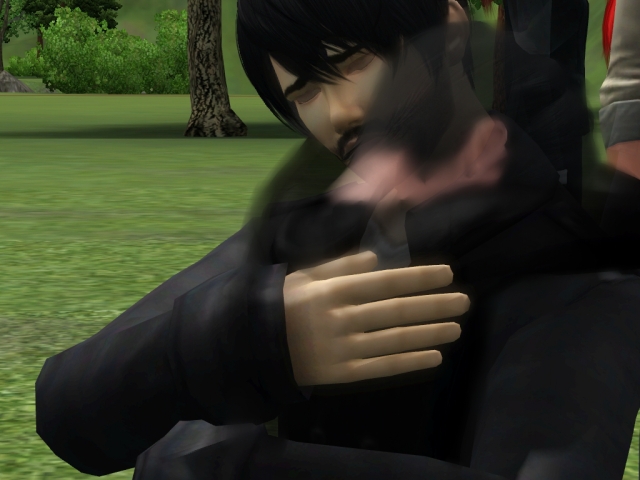 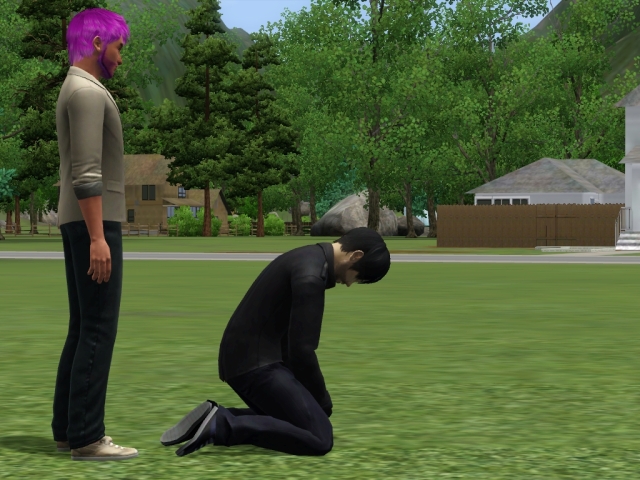 Cain: What was one of your reasons for giving Xavier up James?

Cain: Because his father was a murderer.

Cain: You know it’s bad. The moment you stop, you’ll feel worthy of being Xavier’s father. It’s all you need to do.

I still love you Cain ❤

It’s Halloween y’all. Stuff is supposed to be dark…