I know, I’m such a liar guys. Writing a whole post to say I won’t be finished the next chapter tomorrow, and then what do I do? I post it the next day. But what can I say? I really did believe I wouldn’t have the time, but apparently I did, so enjoy the chapter 😀 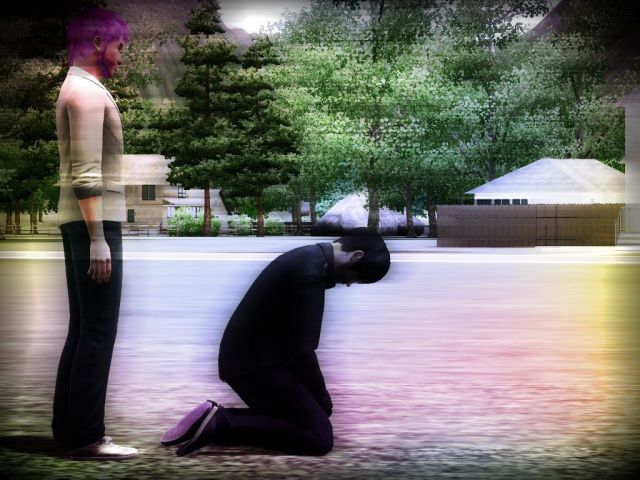 “You know it’s bad. The moment you stop, you’ll feel worthy of being Xavier’s father. It’s all you need to do.”

The remnants of the dream played around in my mind. What a weird dream.

What a depressing dream.

“No, I’m making you realize you aren’t killing those vampires for some greater justice. You’re doing it just because you can, because you are stronger than they are. You’re just using them to vent your anger against Velor. Don’t you remember the frustration at being used as well? When you realized you’d just been a tool to free Assaria?”

I’ve never had a dream like this before. I can still only remember bits and pieces but this pink-haired guy seems to stick around in all of them. And he’s annoying too.

I gave her an apologetic smile for waking her up before I signed my own reasons for being awake. ‘I had a dream about Xavier.’

Kyxa rested her head on my shoulder and gave a small sigh.

“Well, lucky for you I have a surprise.”

Kyxa grabbed something off the dresser and placed it in my hands.

I looked, but there was only an address scribbled on it.

“It’s the home Xavier was adopted into.”

I stared at the piece of paper in disbelief.

“I was going to give it to you tomorrow, but…obviously not anymore! At least wait till morning before going, okay?” Kyxa said.

I nodded a smile on my face.

Tomorrow…I’d get to see my boy again.

“Oh excuse me your utmost royalty. But you’re about the most entertaining thing we’ve got here.” The ex-witch replied.

“I’m sure there’s something else you can find about me that you can laugh at.”

“Haha, no. I’ll stick to the fact that James took your supernatural side away from you. A natural look doesn’t really suit you ex-vampire king.” Assaria chuckled.

“Can’t you find somebody else to annoy? Like him.” Velor asked, nodding at William.

Assaria glanced at the blue-haired man in question. “He’s hiding under his bed. He’s already making us look crazy, I don’t want to dare make him talk.”

“Don’t worry, you’re more than enough to make us look like a crazy bunch.”

“Shhh.” The Weapon shushed her fellow inmates as she tried to nap.

“Shush yourself. How can we even know when it’s time to sleep down here? What an odd and dumb setup.”

“You let yourself get caught didn’t you?” The ex-witch suddenly asked out of the blue. 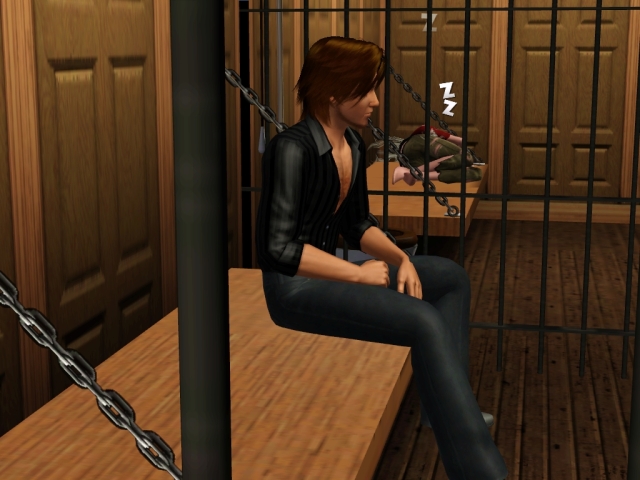 “I bet you thought it was a nice way to get closer to the weapon.” Assaria continued.

“It’d be a mighty dumb move of mine. I’m at a huge disadvantage witch-”

“Not a witch anymore remember?”

“- no I simply picked a wrong fight. I shouldn’t have fought the fairy while the sun was out.” 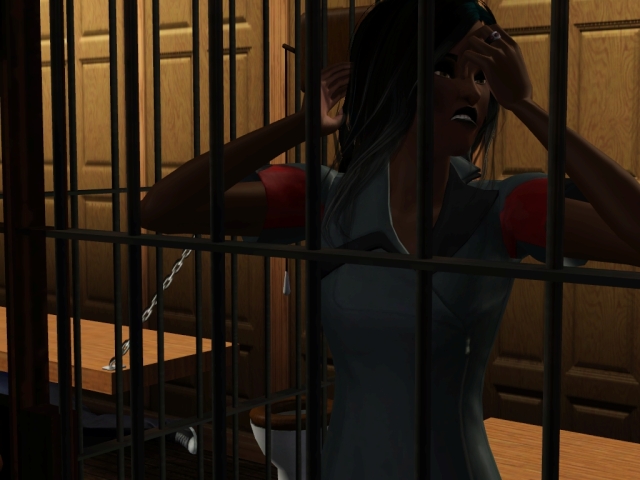 “Ugh fine.” Assaria yawned, stretching her arms. “Do you think it’s still daylight out? It feels like it might be night.”

Assaria received no response from her fellow jailmates. 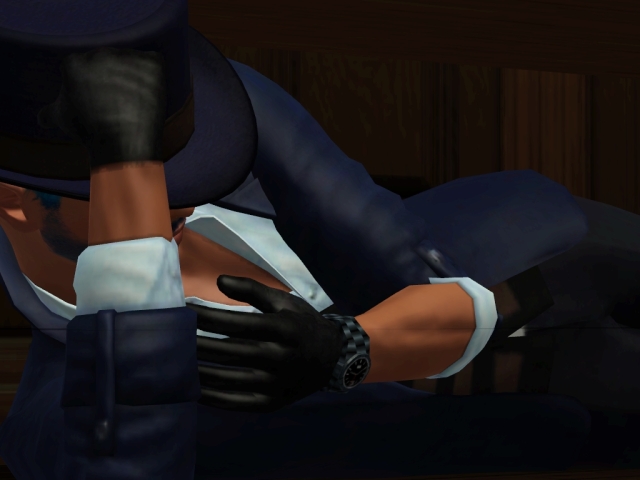 “Well if you do have some sort of plan to escape from here, get me out while you’re at it too okay?”

“No. I think it would do you some good to rot here a little longer.”

“I think I’ve had enough of being locked up, thank you very much.”

Each step I took seemed more tiresome than the next.

And with each step I did my best to come to terms with my decision.

God, I hate this vicious circle.

I was there. I’d gotten to the house and I knew it was the right one because I could see my boy inside. Even though he’s grown, I could still recognize him.

I didn’t go knock on door, I didn’t go control the foster parents…when I saw him through the window, laughing with that lady, I froze. 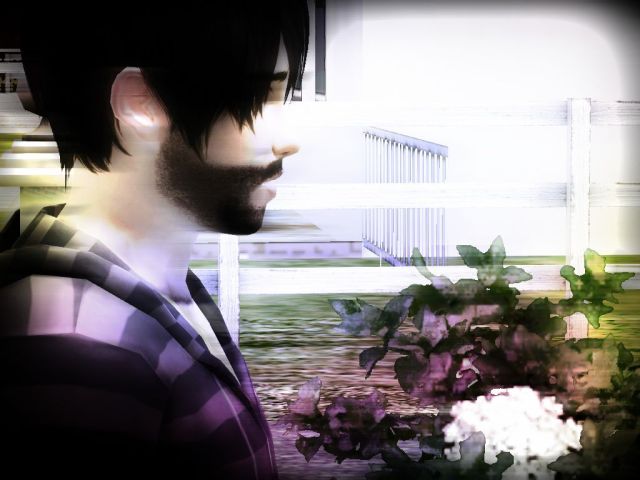 I realized that, in the end, I wasn’t needed. Xavier didn’t need me. At this point, it was simply me who needed him.

He was fine and he was happy. I felt like a stranger, and I probably was one to him now.

What had I planned to do? Kidnap him? I might be crazy enough to do that, but Xavier probably wouldn’t like that and it’s not like I can control him or anything. No, I decided to protect him from that.

There was nothing to do. I couldn’t knock at their door and introduce myself as his real dad, and even if I could, I didn’t have the strength inside me to do that then.

With a sigh I got home and scanned the place for Kyxa.

I could hear some commotion upstairs in the bedroom and seconds later someone came down the stairs.

I scolded myself for not finding this person mentally first, but she didn’t seem hostile. Actually the mind reminded me of someone familiar.

The woman came rushing over to me and lifted her hand up.

“Come on, highfive!” She exclaimed.

I was shocked so I just went along with it. If I remember correctly she was Kyxa’s guardian for a little while when she was younger. Last time I saw her was at the hospital, what is she doing here?

“Good job father, now we’re not done yet though. Kyxa still has several hours of labor in front of her.”

The meaning of her words shot through me and a smile spread instantly on my face. Kyxa’s giving birth!? Right now?!

That’s right, I’d almost forgotten! For some reason Kyxa hates Stonebridge Hospital so she told me she wanted to have a home birth.

I headed instantly towards the stairs, but Isabella stopped me.

I briefly considered controlling her.

“You’re going to stay here and wait patiently. Don’t worry, I’ll come get you the moment it’s all over.” 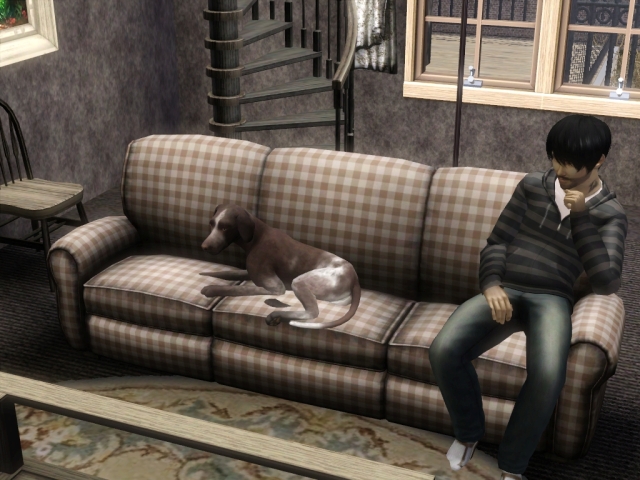 Isabella forced me to sit on the couch before heading upstairs.

I didn’t know enough about labor to try and control the situation so I let her tell me what to do as the excitement was coursing through me.

Since Kyxa never wanted to go to the hospital we don’t know a thing about the baby. We don’t know if it’s a boy or a girl. We don’t know what supernatural type it is (they can determine that in advance now).

What would I do if this kid had the same power as I did?

The wait was long, especially since I couldn’t find anything to keep me occupied.

But there finally came the moment when Isabella called me up, minutes after I heard the baby’s cries.

The excitement was pumping through once again as I stood up, I couldn’t wait to see my kid. 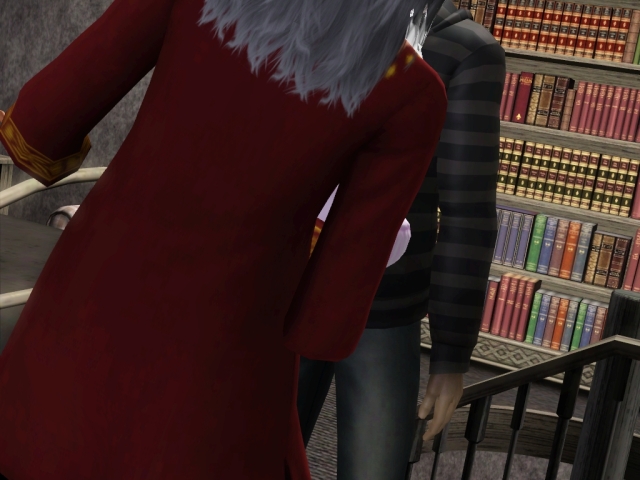 I barely had time to breathe, the moment I reached the top of the stairs Isabella was dropping a baby in my arms.

“Congratulations daddy! You’re a father to a beautiful baby.”

“She’s a gorgeous little vampire.” Isabella said as I admired the little creation.

She gurgled and tried to grab my face. 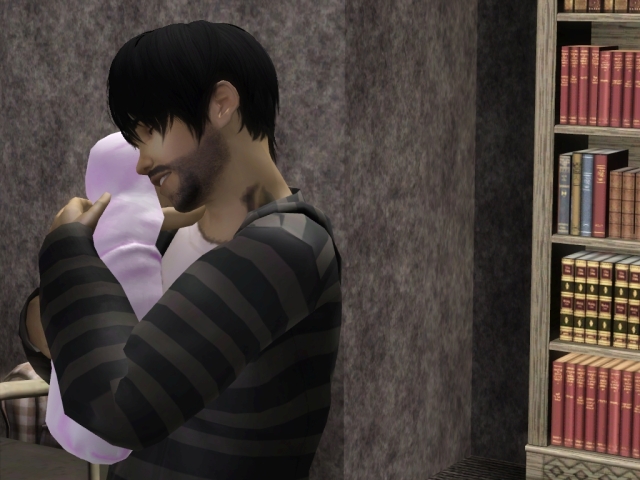 I’ll do right by you kid. I won’t make the same mistakes I made with Xavier.

I doubt I could anyway with a mother like Kyxa.

The name will be revealed in the next chapter, but I’m gonna give it here anyways.

Her name is Catarina! Catarina Whitelight, second heir to the family, welcome.

(no worries, even though James chickened out, Xavier is a heir, we will still see him)

♪They say it's what you make♪ I say it's up to fate ♪It's woven in my soul♪ I need to let you go♪ -- Demons by Imagine Dragons
View all posts by blamsart →
This entry was posted in Uncategorized. Bookmark the permalink.