I’d never touched Edmund, Teo and Oliver’s sleepwear till this chapter. I thought I’d post a pic of what they grew up in! I thought it was kind of amusing…their choice in sleepwear… 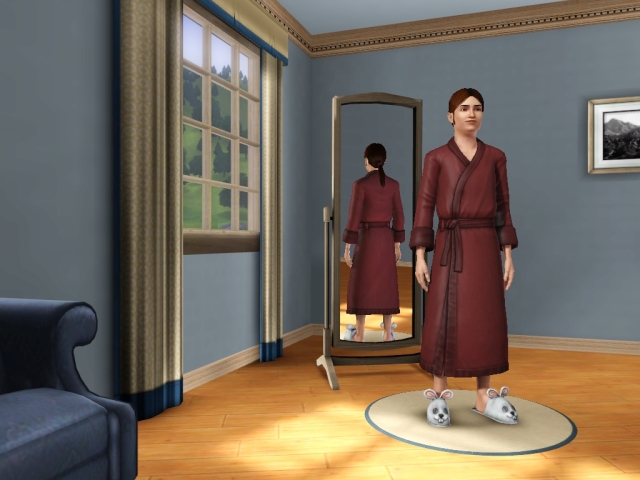 Oh and during ALL of this chapter I kept having random people pop up on public lots I was having the teens go to. Zyla, Kord, Bunny, a dead Blams, the Weapon (x2). It was really ridiculous. 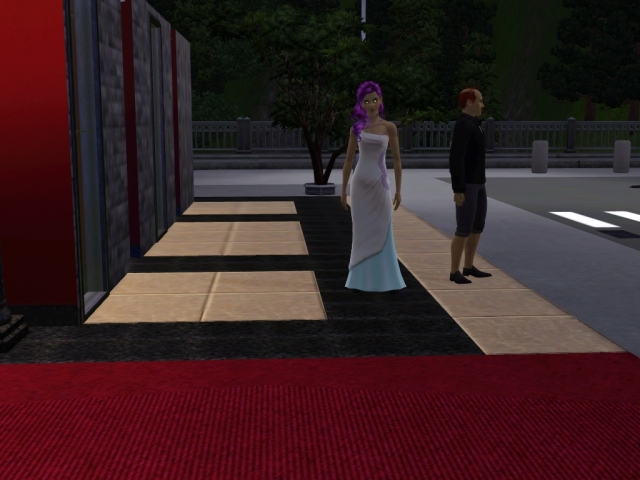 This is what they do when I don’t control them!

I’m sure some of you have had this problem…When sims go to a bar they feel an intense need to change.

Xavier: (at least we dress better than Oliver…)

Ironically, Erin is the only one properly dressed for the occasion.

Also, you know the video? Mhmm that video. I had to shorten it because MORE random people kept trying to videobomb! In this case it was a younger version of Blams I’d needed for like a single screenshot and totally forgot to delete her who came up. If you look at the video, at the very last second, you’ll see a car pull up in the window. SHES IN IT.

Okay who wants to have their eyes burned??? Who wants to be traumatized for life? (because I sure was) If not, well then cool there’s nothing left to see here, bye! Continue to live with your healthy eyeballs. You can just exit the browser and go do something more productive with your life.

For those of you who wish to dare…

Here’s the backstory: I made some nice couple poses for Xavier and Edmund because I needed to personalise their poses! (1: not a lot of gay poses out there compared to heterosexual ones 2: because those two need their own special unique poses) And well when I had them pose the first time there were a bunch of errors, hands melding with clothes, heads not quite level. So I wanted to make sure it was just because poses are a wee bit messed-up with teens, SO I had to have two adult male sims do the pose for me to make sure I didn’t have to edit the pose and stuff. And well I only had two of those available and…you guys can still back out now you know…

You won’t? Well then I’m sorry…

*eyes sizzle and burn* I was so ashamed upon making this pose happen. Never ever in a million years will this pairing happen. It’s like Joshua and Alec kissing, it’s like Kyxa and Velor kissing, it’s like the Weapon and Kord kissing, hell it’s like Velor and Assaria—wait that last one could actually happen now. O^O

ANYWAY. Now that I’ve traumatized my eyeballs again and possibly yours, let us continue on our merry lives…and hope I don’t have the stupid idea of taking more pictures of the DISTURBING things that happen behind the scenes.

♪They say it's what you make♪ I say it's up to fate ♪It's woven in my soul♪ I need to let you go♪ -- Demons by Imagine Dragons
View all posts by blamsart →
This entry was posted in Uncategorized. Bookmark the permalink.