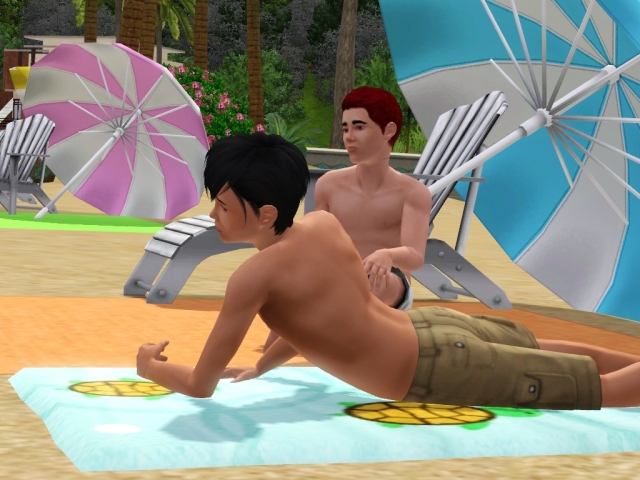 “Hey what are you guys waiting for!?” Xenia called from the water, waving at Edmund and Xavier. “Come on in!”

The two boys looked at the couple playing in the water without making a move to get up.

“Spring’s just barely arrived and you expect to go swimming?” Edmund called back. 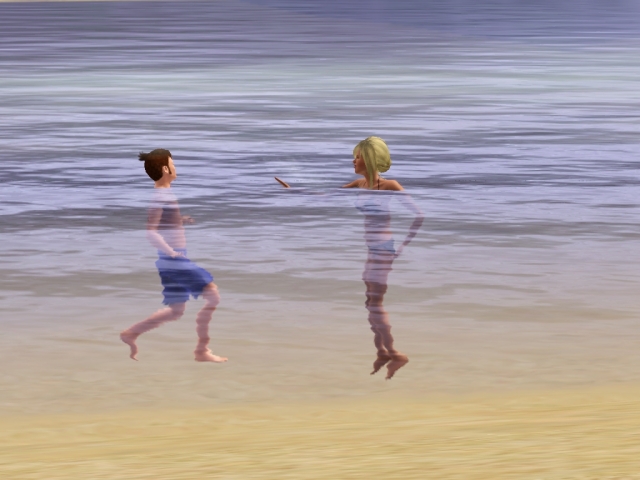 “You’re such scaredy cats. Look it’s really fun!” Xenia said, splashing Teo who spluttered. He hadn’t quite anticipated that one.

“We’re fine for now!” Edmund said, but by then Xenia and Teo had already engaged in an all-out splash war.

A good few weeks had passed, so much that only a little under a month was left before they all graduated. More and more often the subject of what they would do after school circled around. And it usually revolved around all six of them hanging out together.

But only one of the teens knew how much of a dream that was, and not only based on the fact that two of them wouldn’t be going to university. Actually, all of them knew deep down that the fun they were having now probably wouldn’t extend to after high school. Their adults lives would begin soon and not all their paths were going to cross.

But none of that prevented them from having fun right now, if anything it only encouraged them to enjoy their carelessness while they still could.

“Am I the only one who sees it?” Xavier asked, restarting an earlier conversation.

Edmund chuckled. “It’d be kind of ironic considering how bad you are at spotting things between those two.”

“That type of vibe?” Edmund asked. Xavier slumped on his blanket.

Of all the things, that was the one thing he tried his best not to think or talk about. The whole idea of him giving up a part of himself, was to not to think about it. It didn’t help if Edmund kept bringing his witch side up – intentionally or not.

“Is she not supposed to be all over her boyfriend?” Edmund asked, raising his eyebrow.

“Eh…I just never pegged Erin for the clingy type.” Xavier said, still staring. It was true; sometimes it felt like he was watching a whole other Erin. Or more like Erin was daydreaming in front of him.

Especially with Oliver he’d expected her to be a little more bossy, the dominant one in the relationship or something. But it seemed to be the opposite. It looked like she depended on Oliver…yet at the same time Oliver seemed to depend on Erin just as much. 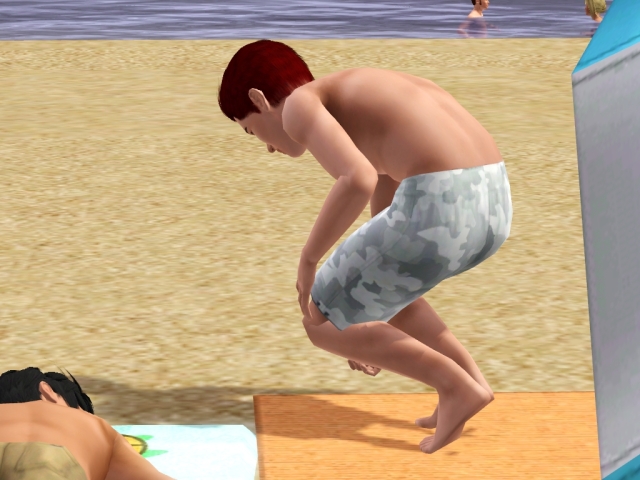 “She’s happy, he’s happy, I love you, everyone’s happy.” Edmund said as he got up. “I’m going to test out the water.” He quickly added before Xavier could register what he’d just said. 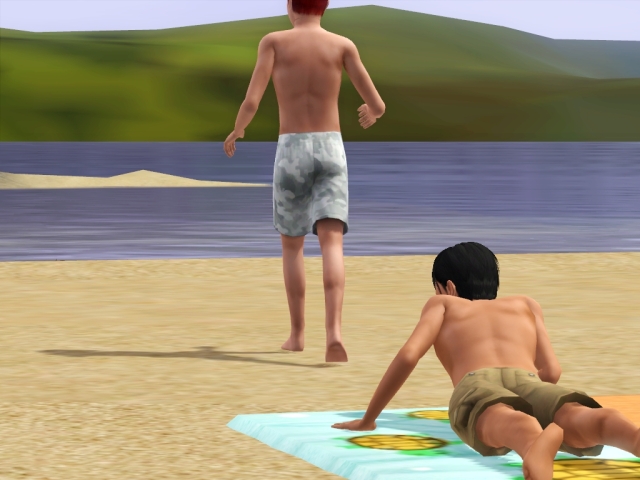 “What?” Xavier suddenly asked, lifting himself up. But Edmund was either too far away to hear him, or purposefully ignoring him. “Ed!”

But Edmund kept walking, almost with a nervous step.

“Oh no you don’t.” Xavier mumbled, shaking his head and pushing himself up on his feet. 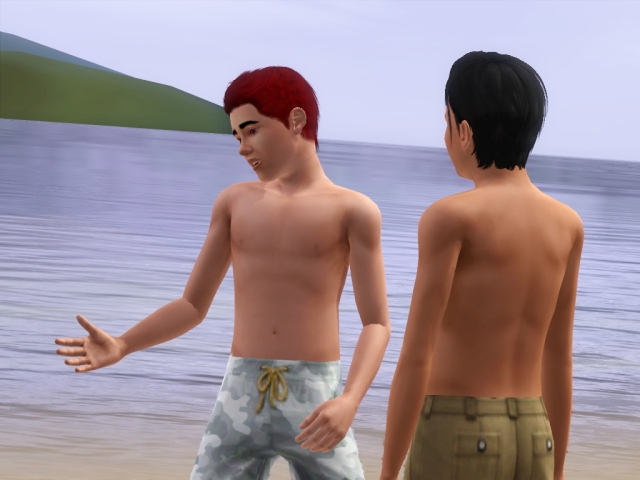 “Look it’s nothing, it’s just a bunch of words, it’s not like they really mean anything-” Edmund quickly said, practically stumbling over his words.

Edmund quickly relaxed in his boyfriends hold and kissed him back. 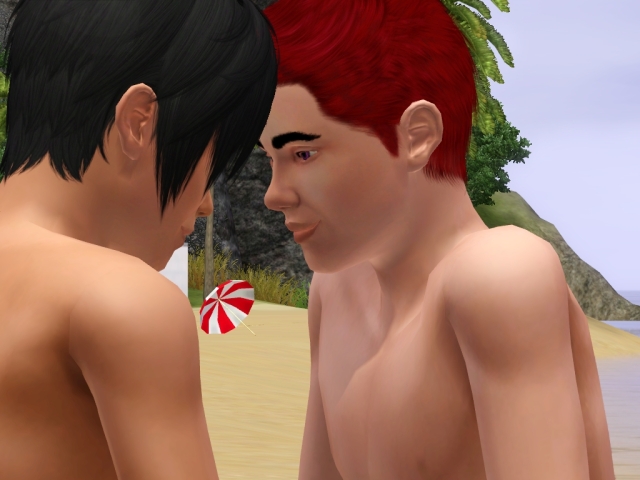 “I love you too.” Xavier half-whispered with a teasing smile.

Edmund rolled his eyes as his cheeks flooded with blood. “Geez.”

“Can’t believe he tried to speak and run.” Xavier finished his little story with a grin still plastered on his face.

“Uhuh.” Erin said. “I’m surprised it took you guys this long to say it. Next thing you’re going to tell me is that you two haven’t had sex yet.” She chuckled. 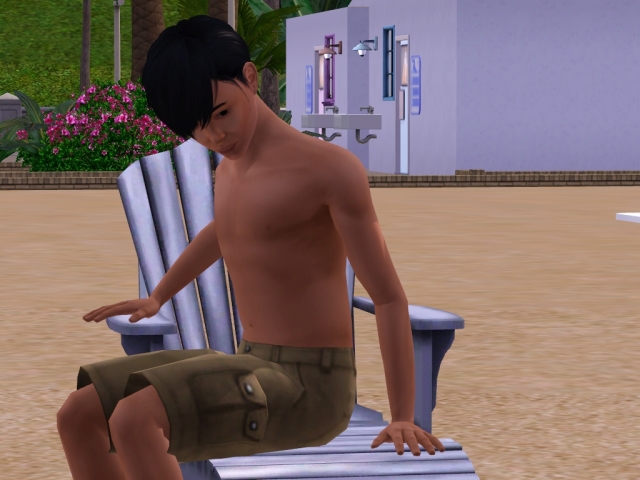 “Do I really need to explain the mechanics to you? Didn’t Charlie, your dad, do that for you already?” Erin teased.

“Don’t tell me you and Edmund haven’t done it yet.” Erin said with a look that gave Xavier the creeps.

Xavier blushed. “So!? It’s not like you and Oliver did!”

Erin remained silent, giving Xavier the same look as the truth slowly dawned on him. 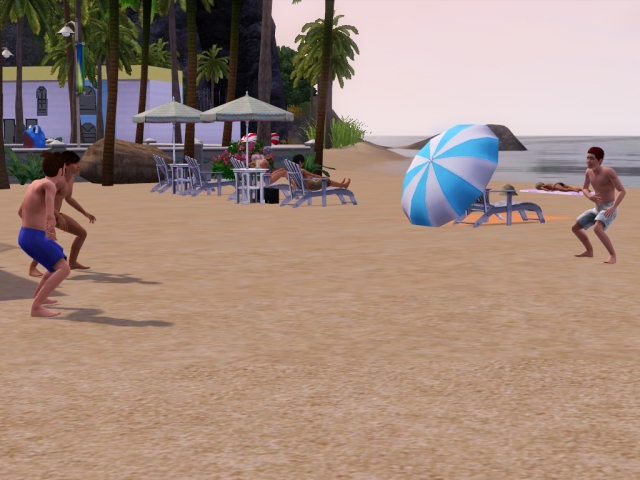 “You and Oliver had sex!?” Xavier exclaimed a little too loudly.

“Don’t need to yell it.” Erin said as she sat on the chair beside him.

“A bit quick? We’ve been going out for almost three months now. I don’t call that quick. And anyways, I’m not the only one. Teo and Xenia did a good while ago.” Erin said, leaning back comfortably in her chair.

“But you know do whatever you want Xavier. You can be old-fashioned and wait for marriage if you want.” Erin said sarcastically.

“Wow gee thanks for giving me permission.”

“You bastards! Put me down!” Xenia yelled struggling against Teo and Oliver. But the two kept her up, swinging her back and forth towards the fire singing ‘into the fire’.

“I’m kind of surprised,” Edmund said, walking with Xavier towards the campfire. “And I’ll admit a little worried.”

“Don’t worry, I’m sure they aren’t actually going to toss her in the fire.” Xavier replied with a smirk.

Edmund shook his head. “No, no, that’s not what I meant. I’m talking about Teo and Xenia.”

Xenia finally squirmed out of the two boys hold and sprung on Teo.

“It’s nothing much.” Edmund said. “Teo’s just never been the type to stay in a relationship very long. The moment another girl comes along he switches almost instantly.”

“But him and Xenia really seem to be getting along well.” Xavier noted.

“Yeah. I was just surprised.” 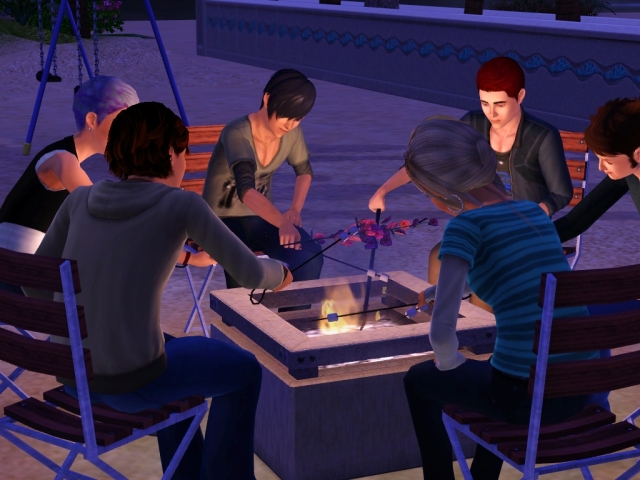 The six teens gathered around the campfire, glad for the warmth, and Oliver distributed the marshmallows.

“What the hell is that Erin?” Xavier asked when Erin plopped some weird thing on the metal rod.

“Oh, just something I found on the ground.” Erin said shrugging.

“You actually going to eat that?” Edmund asked with a smirk.

“Me? No. I’m making this for Oliver.” She replied smirking.

“I’m certainly up for the challenge!”

Just fifteen minutes before the teens had to go back home for their curfews, Oliver spoke up.

“You guys ready to pose for me?” He asked, digging into his pocket for his camera.

“Ahh not again.” Teo groaned, plopping a marshmallow in his mouth.

“Always with the pictures!” Xenia said, accidently dropping a marshmallow in the fire. “Ahhh there goes my last one.”

“Here have mine.” Teo said, handing over his last marshmallows.

“Yeah, it’s always just a picture, but it takes forever to get all of us in place.” Xavier said, looking in the bag to see if there were any marshmallows left. 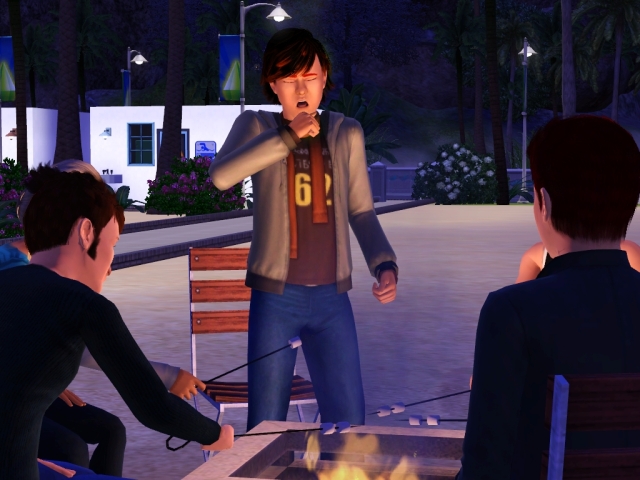 Oliver suddenly shot up and started coughing, surprising everyone and making Erin lose her last marshmallows.

He showed them two fingers before turning away from them to cough some more.

“Woah, Oli you okay?” Teo asked as Oliver sounded like he was coughing up a lung.

“I think he has the flu, I don’t know.” She said shrugging. She poked at the fire, trying to get the last marshmallows.

Edmund got to his feet. “Oli is there anything-”

Oliver suddenly spun around, looking like nothing had happened and with a grin on his face. “Yes there is something you can do! Picture time!”

Oliver smirked as everyone got to their feet, not wanting to fight any longer.

“Haha, you guys look great!” Oliver grinned as he watched his friends gather through his camera lens.

“Just get over here so we can get this over with!” Xenia insisted, barely avoiding not getting stepped on her foot.

“Okay okay!” Oliver set the timer, placed his camera on a chair and rushed over to join his friends. 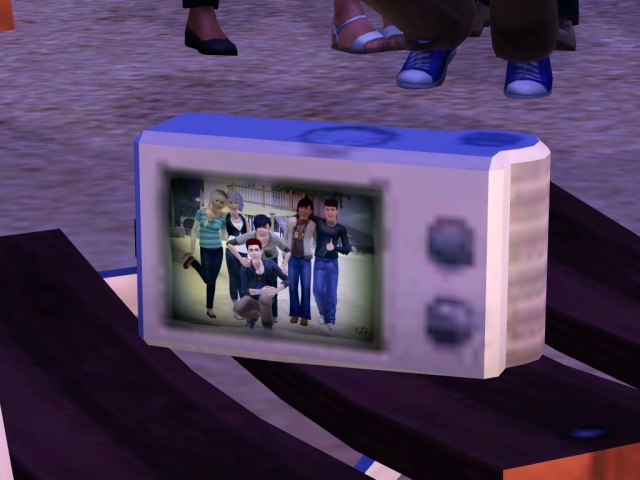 With a click and a flash, the memory of their day at the beach was saved into Oliver’s camera.

It’s only much, much later that they would realize how predictable the following events were. 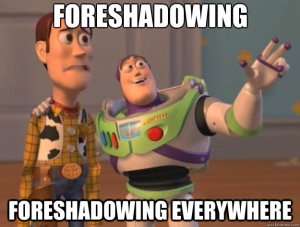 Oliver’s choice in clothes continues to surprise me. 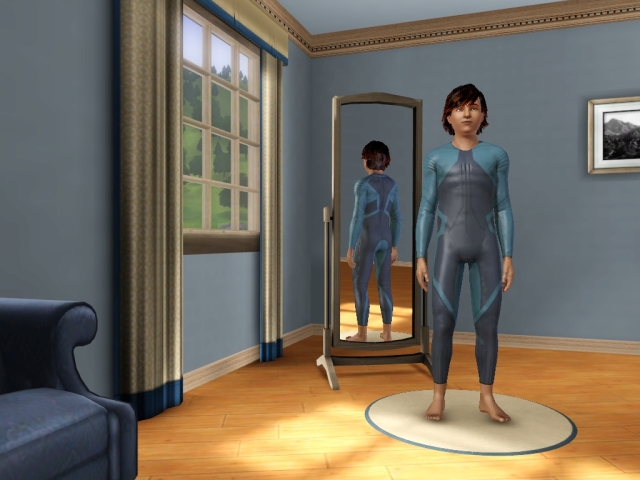 ♪They say it's what you make♪ I say it's up to fate ♪It's woven in my soul♪ I need to let you go♪ -- Demons by Imagine Dragons
View all posts by blamsart →
This entry was posted in Uncategorized and tagged generation 8, legacy, light the way to heaven, sim, sims, sims 3, sims 3 legacy, sims 3 story, sims legacy, sims story, story, whitelight, witch, xavier. Bookmark the permalink.