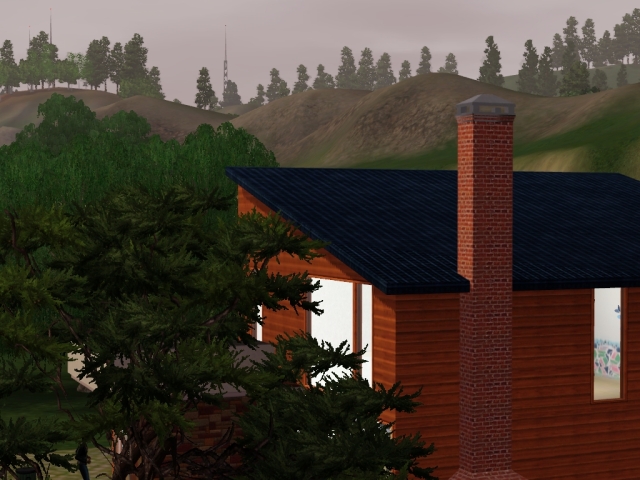 It was a beautiful day in Ridgevalley…the sky was clouded over as if trying to annoy the Watcher by blocking out any kind of sunlight and the birds were perched in their nests sensing something awfully wrong in the air – of course it could’ve just been the smell of the barbecue next door.

The peacefulness they were looking for that day was interrupted by a loud doorbell ring by someone who was merely ringing the doorbell to hear the sound. 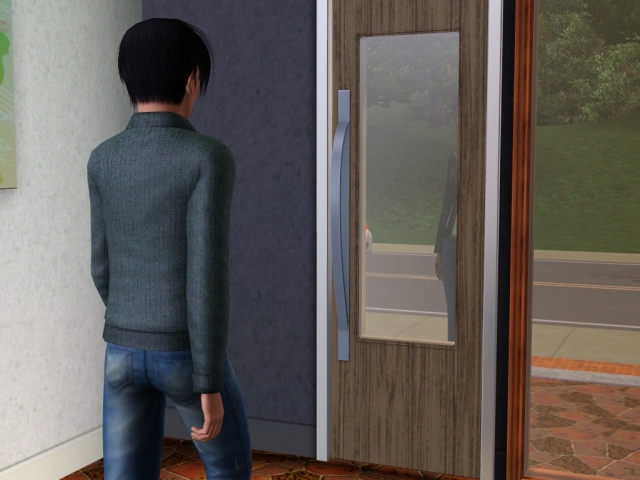 A proud but relieved father (he did just finally get rid of that bundle of energy called his son), walked over to answer the door.

“Hello little witch.” The voice slurred in a bold font. “Open the door, we need to talk.”

But Xavier had absolutely no intention of doing so. Actually he locked the door and grabbed his phone. “Hey dad! You know the witch you supposedly killed? Yeah, explain to me how she’s ringing at my door.”

Her patience lasted long enough for a vampire with absolutely nothing better to do to make his way onto the scene.

“I’m busy being happy with my husband. Go have your drama with my dad.” Xavier snapped.

Assaria spun around and an uncontrollable and irrational rage filled her.

“JAMES YOU B*STARD I CAN’T BELIEVE YOU KILLED ME.”

James rolled his eyes. ‘Is it really that hard to believe?’

“I’m not okay with being kicked out of the plot like that! I’ll be back…” The thousand year old angry woman declared causing James to roll his eyes again. If it kept going he might get an eye cramp. 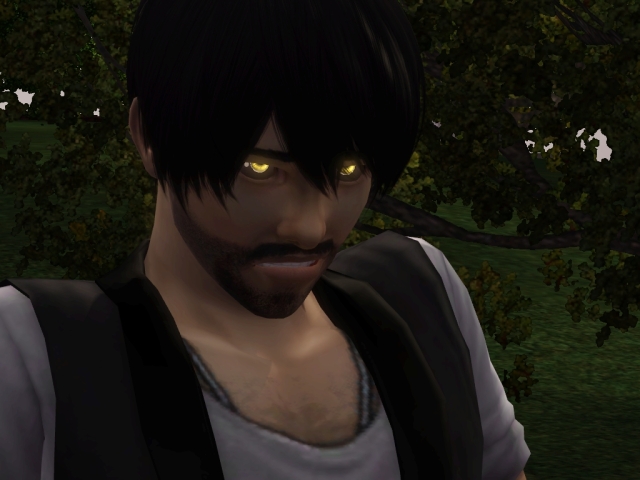 Because clearly leaving it to the town to take care of this woman’s dead body had been a mistake.

He’d make sure she was dead. Hell he’d burn her body in his son’s backyard right now.

“Hey woah now. I don’t even have cool powers to defend myself here, I’m defenseless! Would you really kill me? I mean think about it, what have I even really done wrong?”

That probably wasn’t the right thing to say.

“HOW VULGAR. You’re going to punch a woman!?” Assaria exclaimed, the grip tight on her throat.

“No no no no no!” Story Teller exclaimed, coming back from her delicious donut break. “This is not in the script! Why do you guys always do this!?”

That’s exactly what I was saying. 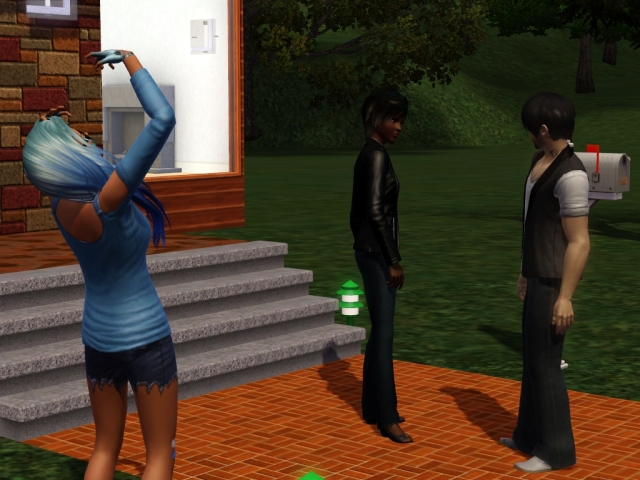 “Can’t help it. It’s the Assaria inside me.”

James let her down, his glare steady.

“Seriously! Unbelievable! I thought if we wrote Velor out there’d be some order on the set, but noooo, can’t keep your fists to yourself.”

Exactly. I think it’s because they aren’t getting enough screen time. Spoiled brats I say!

“And what are you doing here with the camera?? This isn’t where the action is. Niko got dropped off at summer camp, get to it!”

You forgot your advil again didn’t you 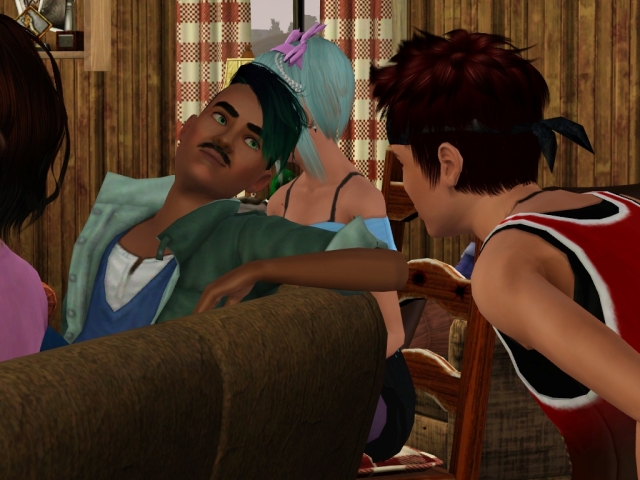 Niko: “I have this feeling I just missed out on some weird stuff back home…”

Kaan: “Nah man. It’s just the old boring used up guys back there. This is where the real fun is happening. With the new kids ;D”

(no but really if it wasn’t obvious enough this was not a chapter. I just felt like messing around and plugging in a teaser screenshot for the next chap)

(I love you guys)

♪They say it's what you make♪ I say it's up to fate ♪It's woven in my soul♪ I need to let you go♪ -- Demons by Imagine Dragons
View all posts by blamsart →
This entry was posted in Uncategorized and tagged blams, generation 9, legacy, light the way to heaven, sim, sims, sims 3, sims 3 legacy, sims 3 story, sims legacy, sims story, story. Bookmark the permalink.