I met him in the middle of a forest. He stood still. Staring up at the sky as if waiting for stars.

Until then, I’d never had a friend. It is not easy to keep one under my peculiar circumstances.

I am grateful, that I merely had to wait ten years to finally meet someone who could remember me.

I was certainly not forgettable, yet everyone managed that feat.

I decided I wouldn’t leave his side then. I promised him I wouldn’t. I would be of use to him, and in return he would need only remember me. Need only smile in recognition. I would require nothing else.

Yet, I received so much more.

I had the luxury of watching him grow up. The boy had a power highly praised by his village. At a touch he could grant someone an ability. He created new species in a day. People came from all over the world to receive the boy’s benediction.

I was immune to it.

He always looked very happy when he gave out his treasures. He’d sit on the throne his parents had carved for him, and he’d see to each person one at a time. He’d spend the entire day on that chair. He grew tired of it so quickly.

He was tired of it before I had even met him. 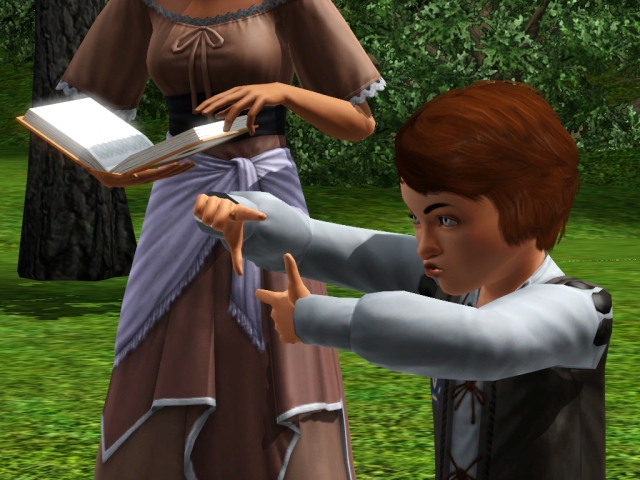 I did my best to give him peace of mind. I would take him out to quiet spots and read him the stories I was writing. I would write about the little pieces of life I came across.

I was waiting for a specific story however, that I knew hadn’t yet begun. Yet, I knew, that it was by his side that I would finally be able to see my story.

Though the boy seemed to greatly appreciate these small moments, they would get him in trouble. He would try to explain to his parents, to his friends, that he was with me. That I read him stories. That they had all seen us leave together. That he warned them each time.

Then came the questions. The boy began to try and understand why he was the only one who could remember me. I attempted to explain that it was my purpose, to be merely an observer, and that he was a rare exception to the rule.

Yet he was stubborn and he pursued the subject endlessly to me and to his family. 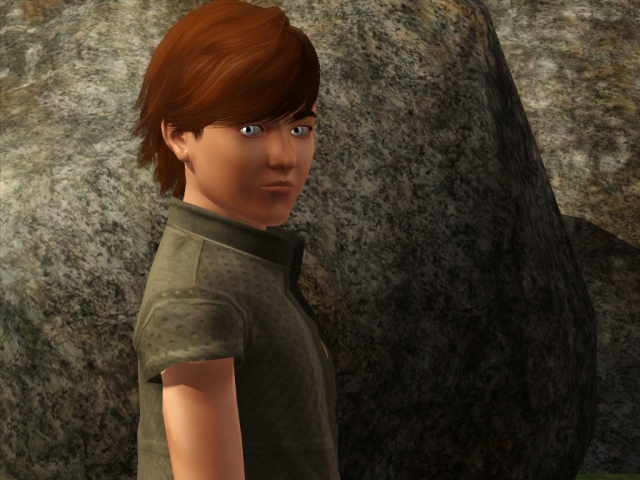 That is until the day he turned to look at me, and did not recognize me. There had been moments, where he had looked at me and needed a moment, a few seconds, to register my face.

This time his gaze was looking at a complete stranger.

I had time to wonder then, what I had done to the Grim Reaper to be toyed with in such a fashion.

But then his eyes had lit up and just as instantly had quieted down. He was worried. He didn’t want to forget me. I prayed he wouldn’t.

Then, his parents toyed with time travel. They sent him to the future, thinking he was untouchable. They sent him to a place I could not follow. For three long weeks I was alone, once again forgotten. For three long weeks, I thought my fate was sealed, just as his was. I mourned the loss of my companion. I ambled the streets catching a stranger’s eye for a fraction of a second. “Your forgetfulness hurts.” I would say, overridden with emotion. The clueless replies were like daggers.

Yet the day came that he returned to me. His body hadn’t aged, but his eyes had aged decades. He didn’t recognize me at all.

The villagers rejoiced and crowded him, so I let things lie.

But when I spotted him escaping from the overwhelming crowd, I followed. 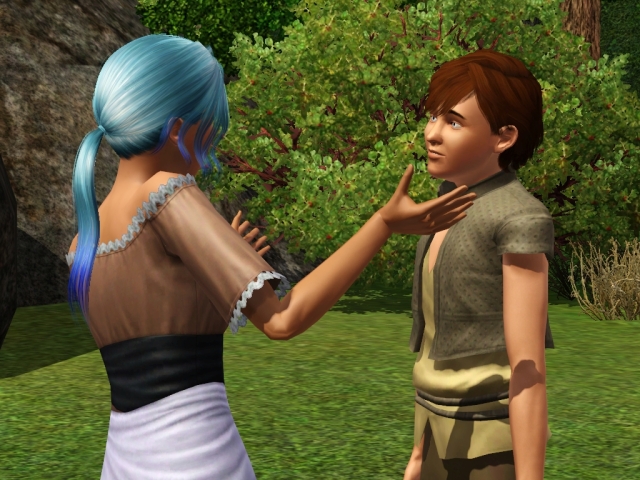 I told myself I had nothing to lose. That I had already lost it all and that I could only win. So I approached him, and asked him whether he had a good story for me.

I thanked the Grim Reaper that day, that it was all it took for him to remember me. He told me of his adventures in the future and he told me that the story I was looking for was just around the bend.

Still, he may have remembered me, but there were details of our times together that he’d forgotten, and that he would continue to forget over the years. I never did.

From then on, he never completely remembered everything, and he always forgot in my absence. But it fulfilled the small thing I required, so I stayed by his side. I watched as he met the beautiful Whitelight, and I was witness to that downfall. 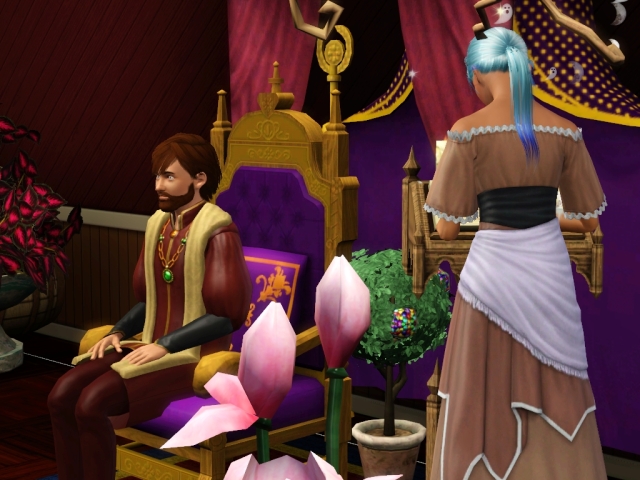 The decades were spent in such a manner.

I watched as my dear friend continued to be subject to the villagers’ adoration. To the daily visits. I watched as his parents rode off their son’s success and abused the daughter he had taken from Whitelight.

I watched his descent into depression, and try as I might, I couldn’t help him out of it.

For, the moment he looked away, he became a lonely man with no friend to confide in. My presence was not the answer he needed for my comfort to even be a dream. 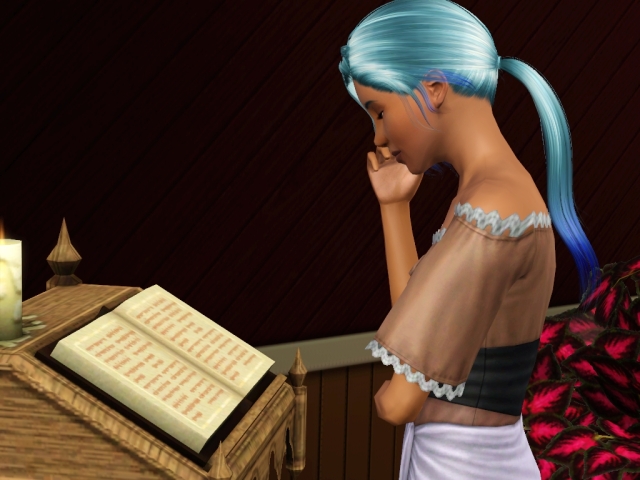 And then. Abruptly. My old friend did not come back from his nightly walks.

I knew, before the guards had alerted the villagers, before the ink had dried on my paper, with certainty, that Hansel would never be coming back.

From then on to today. Silence has been my friend once again.

But at least, I am comforted by the fact that I don’t have to merely be an observer.

And possibly one day, I will meet Hansel again, in his exciting travels in the future.

♪They say it's what you make♪ I say it's up to fate ♪It's woven in my soul♪ I need to let you go♪ -- Demons by Imagine Dragons
View all posts by blamsart →
This entry was posted in Uncategorized and tagged blams, legacy, light the way to heaven, sim, sims, sims 3, sims 3 legacy, sims 3 story, sims legacy, sims story, story, whitelight. Bookmark the permalink.