Funny words to describe the odd coincidence of a domino effect of events.

Technically, people use fate to describe something horrid and inevitable that’s about to happen. Something out of their control, mostly in the control of higher mystic forces, i.e. the grim reaper.

Destiny on the other hand, has a more upbeat feel. It describes a series of events already prophesized, but that can be influenced by your own hands. But usually you can’t change the course of events, you can only get the ball rolling. 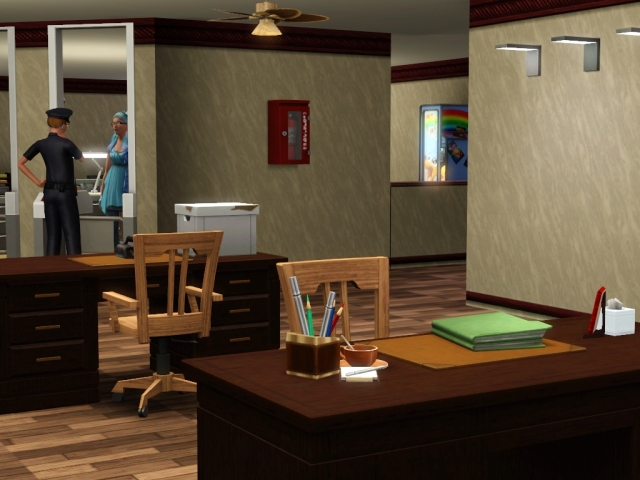 It’s still a philosophical debate. Are our lives already written out on scrolls? Every choice we make already decided? Or is it all still up to chance?

I was told I had an ancestor once who could see glimpses of the future. Did they have the power to change what they saw?

I went back into the past with Zac and switched with my past self. I remember it happening before I ever went into the past. I knew in a way that it was going to happen, because it had already. What if I had attempted to change the past? Would I have been able to?

I want to believe that, no matter what, I have control over my own decisions. That my actions aren’t permanently written in some book already for people to make prophecies about.

I don’t know if I could ever change the past – it certainly wouldn’t be wise – but I think it’s very plausible to change the future.

If I had to choose though, between fate and destiny, I’d pick destiny of course. Because fate implies something horrible. It implies some other force, someone else, decided what would happen. They took a pen to paper and made a school explode. They made a boy lose his brother. They made a mother die of cancer.

They made a father abuse of his power.

What’s worse is the concept of fate clears away responsibility. Destiny does as well in a way.

The idea that a crime was predestined, deaths already predicted, takes away some of the fault. Because no matter what, it was meant to be happen. So it wasn’t entirely their fault was it? 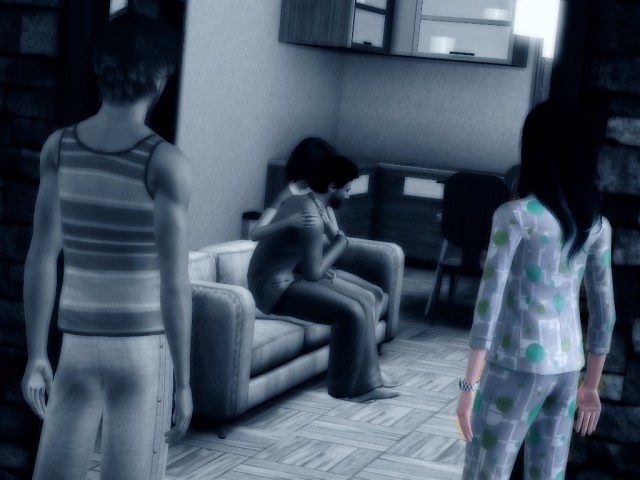 There’s nothing to learn in those situations! You can’t evolve as a person if no matter what you do these specific events will happen. It’s practically enslavement – being forced to play a role in a show in which you have no control over.

This is why I don’t think there is such a thing as destiny and fate and prophecies. I think everyone is held accountable for their actions. The mistakes we make are our own, and they are ours to live with and to learn from.

Still, I can try and affirm this, but what if I was meant to have this thought process? What if, by thinking this, it’ll drive my actions towards a certain goal that’s already been predestined? By that I mean, I’ll never know if what I’m choosing to do was meant to be or not, until I see the future myself and make the decision that yes it was the right choice. But, that situation gives us, as humans, too much power. It’s like having more than one life in a video game. It’s cheating basically. 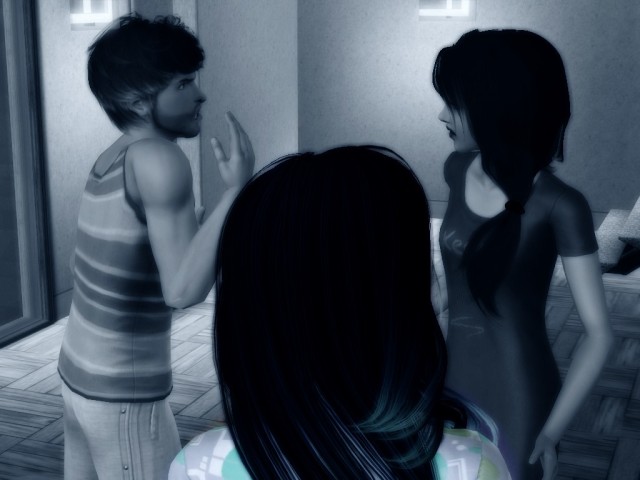 Ah I’m diverging, it’s an endless cycle. Whether my actions are my own or not, I can never truly determine this because I will always be under the impression they’re my own. For that I would need some kind of proof. If the Grim Reaper really does exist and really does decide the course of events…even then! They are so many people living on this planet! It’d have to be crazy hard to micromanage every single one. He’d have to play favorites.

You know, like a set of people who lead very interesting lives. I doubt he’d follow the lives of your routine normal family. If I were him, I would want to spend eternity watching a family of ninjas. I’d watch the Dragons! They seem to have fun stuff going on. Or my grandpa, from what I heard of his life. Most of my ancestors actually had incredible stories.

I wonder if I’ll ever lead a life just as interesting…though I pretty much have! I don’t think a lot of people can say they saw a cowplant or have been followed around by a psycho green cat or was witness to the rise of a zombie. All pretty original stuff and I’m only sixteen. I think that’s…a pretty nice resumé. And that’s not even looking at my lineage or my cool power. You know my cool astral power that only I have. I mean Zac can see me, but it’s not the same. He can’t do what I can. I can, for all intents and purposes, travel in time. Well the past only to be specific. Still technically time.

To get back to my original thoughts, the concept of fate and destiny is flawed to me. But I can be lenient on…intentional coincidences.

I do believe there’s something that connects us all. Just another level that we can’t see. Like for example, there’s the ghost plane that Maxwell can see into. There’s the astral plane that Zac can see and that I can travel through. Maybe the people who used to be able to glimpse the future, actually could glimpse into a plane where…time is absolute? Maybe there’s a plane with only connections? As in, let’s say there are two people who hate each other. And every time they meet, they just find new reasons to hate each other, even if they’ve resolved their earlier issues. Maybe it’s because they’re just…meant to always hate each other. The same concept would apply to soulmates! Two people who are always meant to be together. No matter what. No matter if you forget everything, or, I dunno, reincarnate into other people – for those who believe in reincarnation. Maybe that’s what you glimpse in the future. That kind of connection that stays constant? Now that would be like glimpsing the inevitable – the collide of two people or more connected through this plane or…whatever.

I guess that concept would imply something a little deeper. I mean if you’re meant to be together or to oppose each other, through some interdimensional connection, you’d have to sense it on some level no?

What could even cause that kind of connection though? Seems far-fetched of an idea. Soulmates in general is very far-fetched – it’s just an idea for the hopeless romantics who are picky when it comes to love.

Still…I’m imagining this plane like a big huge spider web. And everyone’s got their spot in the web, connected by these strings. And maybe some strings are stronger, and pull people together. 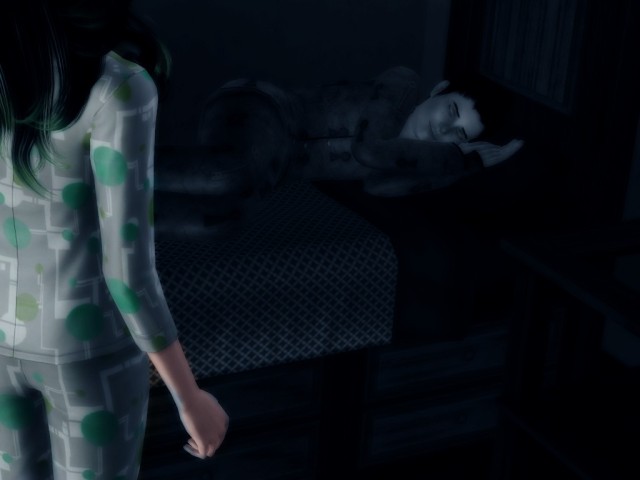 Maybe as they move closer, the strings tremble. And just like a spider can sense a prey through the vibrations, two people could sense each other this way – get pulled together.

It could be a pull of friendship, of hate, of opportunity, of love…

And I say closer, but it wouldn’t necessarily mean physically. Maybe they just needed to reach a certain point in their life? Hell if they can move closer, they can move further away. We’d all technically be connected…

But that’s basically a figurative way of approaching relationships and social interactions.

Unless there’s another force – like a spider if we keep going with my example – that influences these relations. Stringing a web between two people, making it stronger while cutting the strings between two others.

I’m getting weird mental images of us all being in cocoons, heh, that’s not really what I was trying to get at. I’m not too sure what I’m getting at, it’s all pretty…superfluous. But, let me take for example, the day I found Nato. There was just something in our meeting – sure he’s just a dog – but he’s the smartest, most loyal, sweetest dog there is. I just couldn’t imagine a future where he wasn’t by my side. I had trouble accepting that I couldn’t keep him at first. Not because I really wanted a puppy, but because it felt like Nato’s place was with me. If that makes sense.

I feel like, if I go with my weird spider web theory, we might’ve been linked? Stronger than most? Cause I’ve seen other dogs in my life time, but none quite clicked like it did with Nato. Actually, I never really had an interest in dogs before.

I haven’t had that happen often to me.

It’s not that easy to explain, because it’s not facts. It’s just some kind of gut feeling.

“Woah…guess my hunch was right. I do have a time limit. I better get back to my body.”

But if I had to explain it… 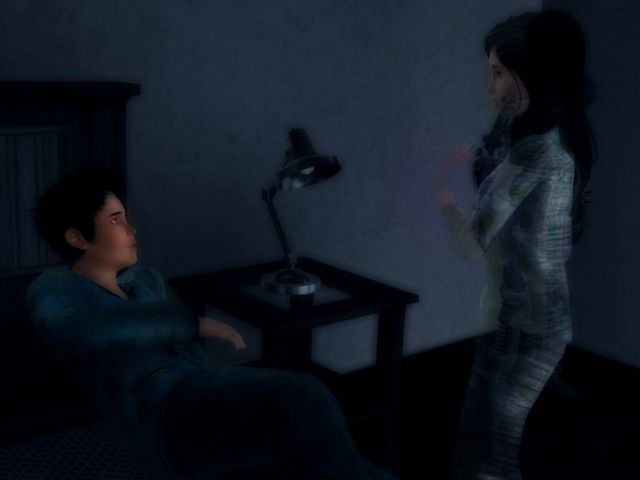 It’s like that feeling when you’ve reread a math problem three times and NOW it finally makes sense.

Like when you finish a thriller movie and the punchline hits you and it all clicks into place.

Like when you find the remote in the couch after hours of searching.

Just a bunch of of course, and the absolute certainty that it couldn’t be any other way.

Nato and I had to meet near that bridge. Zac and I had to find ourselves in the same bank as it was being robbed.

My dad had to go berserk and lock me in my own mind, so that Sebastien ended up locking him up and inviting me over to his place…

Which led to me discovering, that I might not be the only one that can travel in the astral plane.

That maybe I’d actually just seen a glimpse of a girl with striking eyes, traveling through it.

A girl wearing a watch very similar to mine.

A girl with dark locks and pale skin. I can’t be sure, she was disappearing like I’d just done from Zac’s place, but I think she had freckles too.

Could it be that girl from my dreams? But it feels like…I know her from more than that?

“Can’t sleep Nikolas? Don’t worry I’m right here. Do you want me to sing you a lullaby? Don’t know how good of a sound these gears will make, but I can try!”

Maybe my mind is playing tricks on me. Lack of sleep can cause hallucinations…

But I was clearly pulled into astral mode because of her.

I have to try and sleep on my own again. Being in astral all night isn’t going to happen. Hell I’m not sure what was happening with me disappearing, but I have a feeling the connection between my astral body and my physical body might not be that solid. Which is a bit of a scary thought. 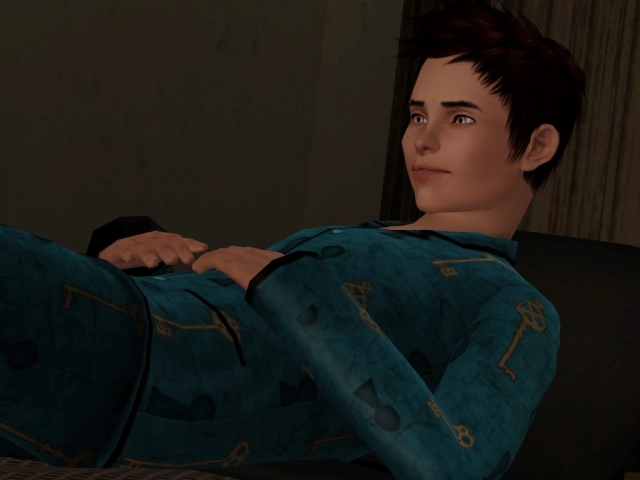 What was she doing here? Wandering? And she just happened to find herself in Sebastien’s guest room? Or maybe…was she looking for me?

Heh, yeah, if you really are the same girl who popped up in my dream, there really is some bad timing going around.

♪They say it's what you make♪ I say it's up to fate ♪It's woven in my soul♪ I need to let you go♪ -- Demons by Imagine Dragons
View all posts by blamsart →
This entry was posted in Uncategorized and tagged blams, generation 9, legacy, light the way to heaven, nikolas, sim, sims, sims 3, sims 3 legacy, sims 3 story, sims legacy, sims story, story, whitelight, witch, xavier. Bookmark the permalink.