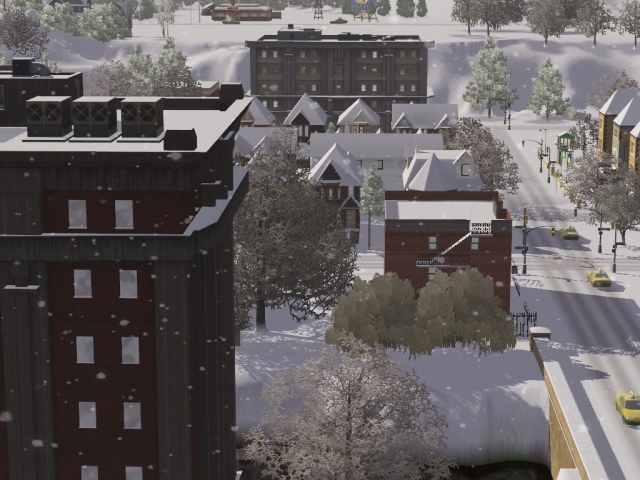 It’s the first day of school since the holidays, and I expect some grand things from this semester.

Mostly, I expect Zac to get over his little panic attack and start talking to me again. There are so many things to discuss! The power possibilities between us are endless!

That day a month ago was more than proof of that. He really did come through in the end in teleporting that monster away! Granted, my managing to slow down time in astral mode helped things. I think I’m getting a better handle on this whole astral time thing. 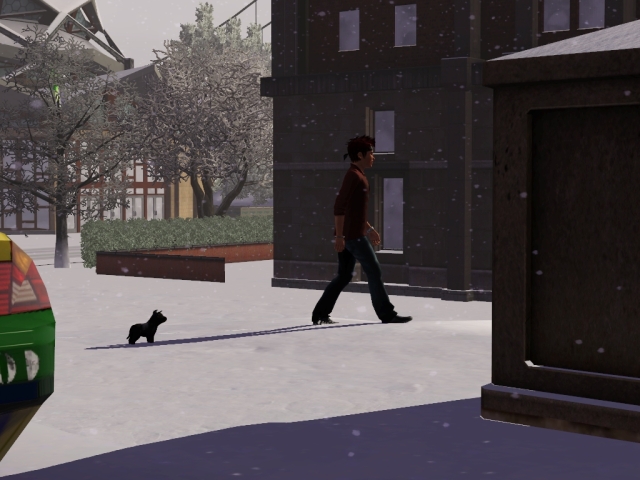 I was just taking Nato out for our usual morning walks before school, and we were on our way back home so I could drop him off, when we crossed the bridge.

It’s a routine that can’t be avoided.

The first time I took him out for a walk, I had him on a leash and he’d pulled and tugged until he’d dragged me to the edge of the river where I’d found him. 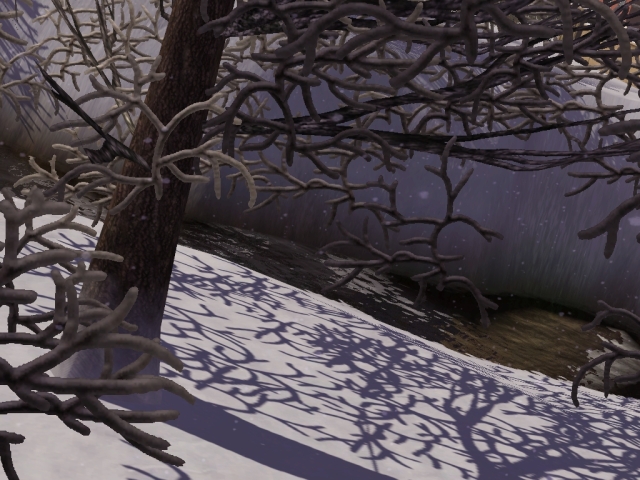 After a few minutes he’d bark to let me now he was ready and he’d pull me up so we could continue our walk.

Since it’s always been like this. We make a quick stop by the side of the river while Nato does a quick search for his old master, or maybe he’s paying his respects? Either way, he’s the one to let me know when he’s done. 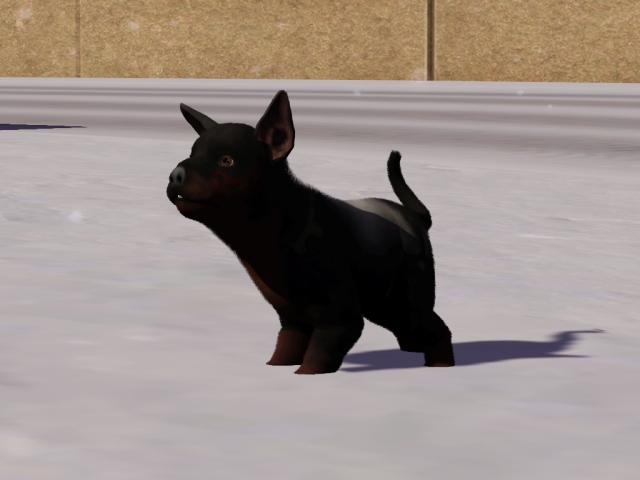 So you can imagine my surprise this time, when he barked at me from the sidewalk just as I was about to slide down the snowy hill.

“What?” I asked him and he playfully barked, still firmly placed on the sidewalk. “Buddy it’s the riverside.” I said, gesturing at the unfrozen current.

He slammed his behind into the snow and barked again with an excited wag of his tail. 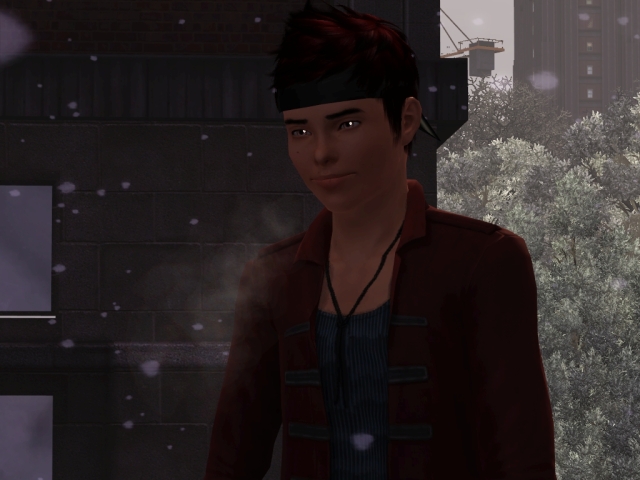 Had he finally accepted he’d never see his master again? Had he moved on?

I hope so. And not just because I was a little jealous on how loyal he still was to his old master. I made to go pet him, but his head snapped to left and he growled. 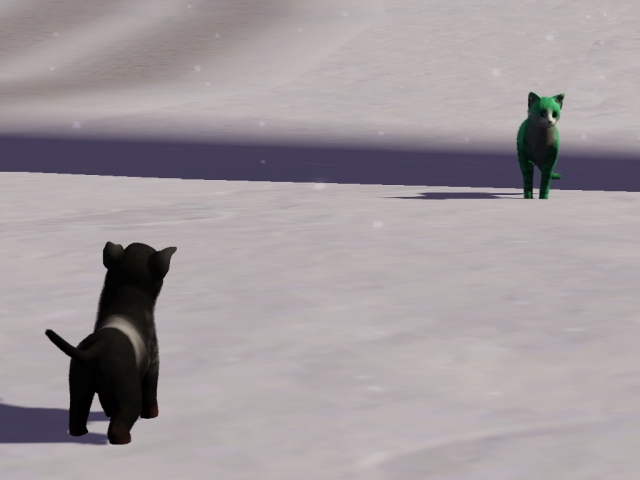 Our cat stalker meowed in response.

Those two don’t get along. The cat still sits outside our house (though it always scampers off when I drag dad over to show him). I’ve caught Nato sitting at the window staring at the cat sometimes and barking when it made a move. Every time I leave the house Nato rushes over to ‘protect’ me against the green cat. I didn’t think it really did anything at first, I just found it adorable. But I gradually noticed the cat followed me less and less. I’d come back home from school and find them engaged in stare contests. 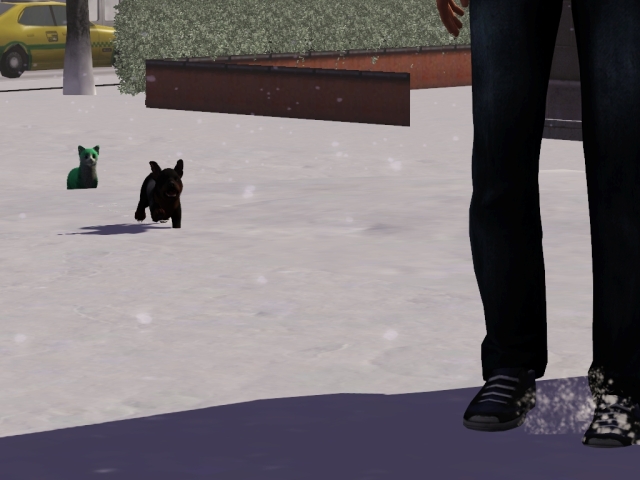 “Come on Nato. It’ll get buried in snow eventually.” I called out.

Nato happily ran over to me, half-stumbling in the snow.

The cat simply stayed and watched, twitching its nose and waiting. 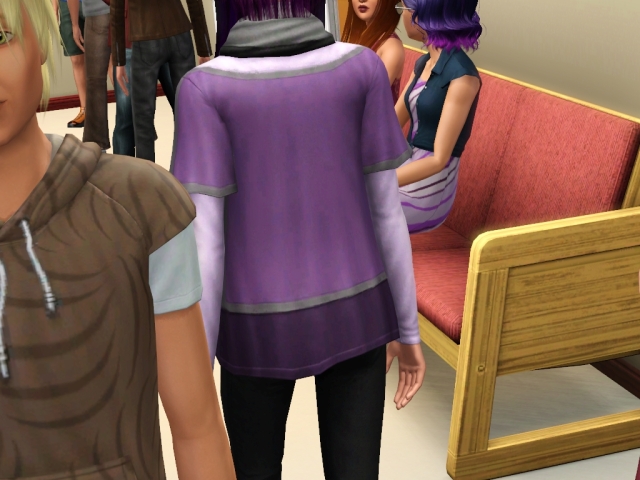 This isn’t what I signed up for. Far from it!

But like my favorite Dragon always says, everything comes with a price. I wish I’d been assigned to her instead of Terrance.

I guess it could be worse. I could’ve been assigned to her.

I cautiously weaved through the thick crowd. The difference between this school and mine is flagrant. 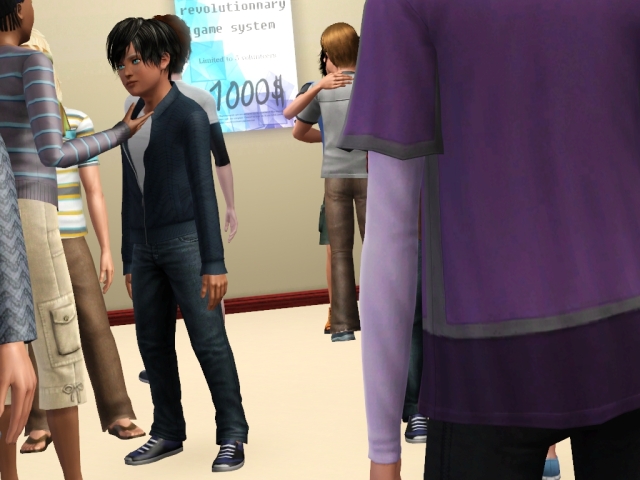 Our school wasn’t tolerant of making out in the corridors. Or of hanging out in them. We had specific recreation areas for a reason. You were expected to behave in class. There was a dress code. And you weren’t allowed to put up posters on the wall.

This is going to take some adjusting to. 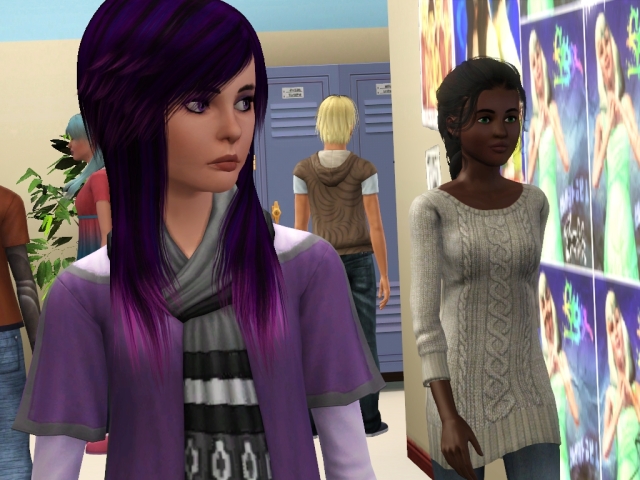 I spotted Dawn walking past me and we gave each other a quick wave.

I need to find Kaan. I’d take his ranting on this new school right now.

Somebody jumped out of the crowd and waved a big smile at me. 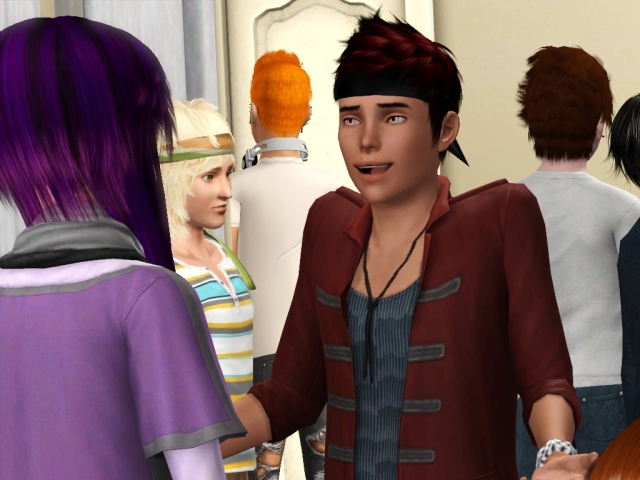 “Hey Tatiana!” My mom’s friend’s son exclaimed in my face. That really annoying cute kid from summer camp. The suicidal guy who slid off the rooftop of summer camp yelling something about a treasure.

And the guy I have to befriend.

He may have good looks, but he has a face that’s screaming at me to get away. I’ve seen proof of how reckless he is. I know better than to hang around a trouble magnet.

But I have no choice.

“How’s your first day of school so far?” He asked, engaging small talk.

My fake smile strained. “It’s still a little overwhelming.” I let out a nervous chuckle to give my mouth a break.

The fact that he’s so willing to be friends makes it easier I guess. 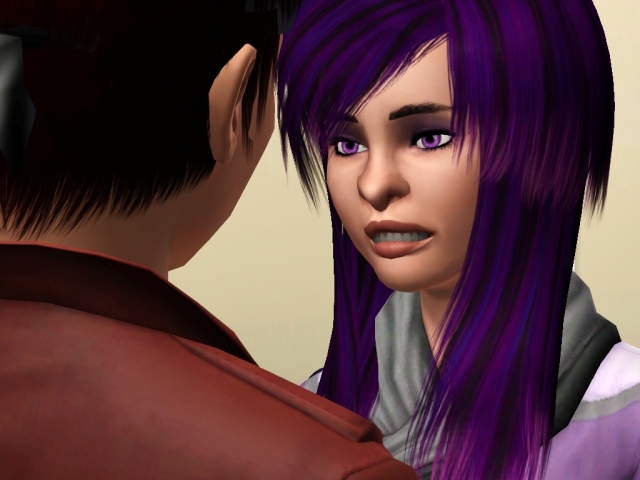 “Are you fucking insane!?” 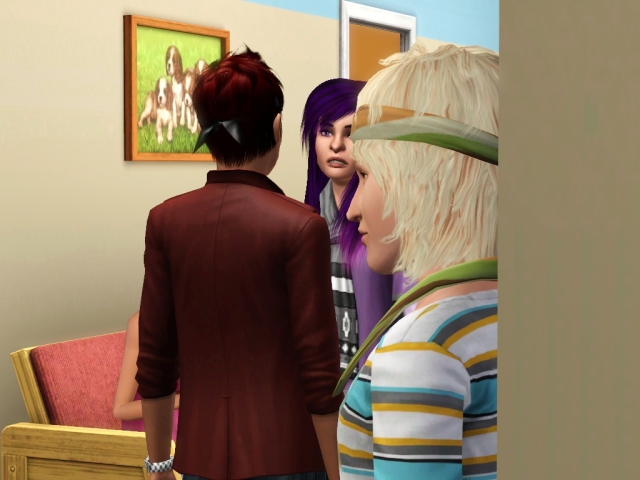 I peeked over the corner of the wall and spotted Nikolas talking to one of the new girls. I retreated back around the corner, my mind already remembering what happened all over again.

That darn kid had grabbed my hand and forced me to watch as that monster swooped down to eat him whole. We made it out alive and unscathed, but it doesn’t change how PSYCHO he is. I knew he was reckless, but he’s darn SUICIDAL on top of it. 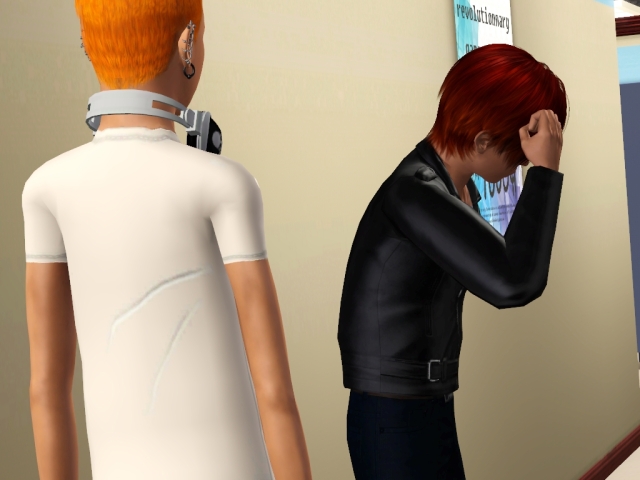 I know it’s really stupid to be so afraid of Nikolas of all people….and I’m not actually afraid of him. I’m afraid of all the crap he gets into. There was a gun in that basement of his. And surgical tools. And that monster destroyed my favorite jacket.

Serves me right for using my power.

I need to stay away from him. I can tell he thought that was epic. He’s going to try to rope me into teleporting him places again. But oh no, never again. 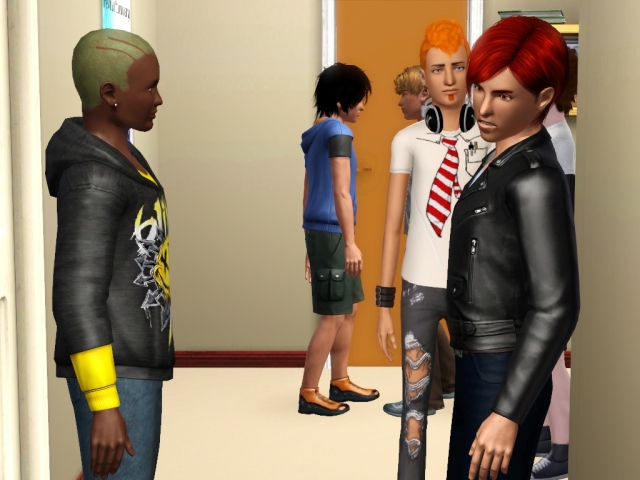 “What!?” I took a step back, glancing to my right, but Niko didn’t come around the corner. Instead both of my friends started laughing at me. “Shut up.” 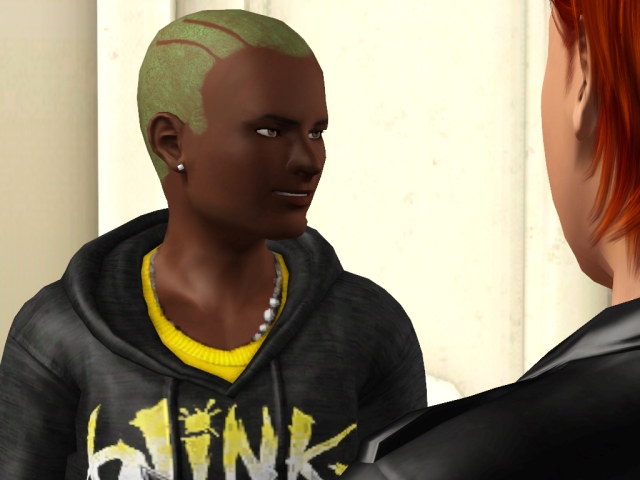 “I don’t know what that brat has on you, but just give me the word, man, just give the word.” Venkat sneered.

“If he’s preventing you from going to hit on the new girl, it’s got to be something big.” Maelig snorted.

“The kid’s a fucking psychopath okay? It’ll be a lot healthier if we all just stay away.” I grumbled and my friends exchanged a look and shrugged. 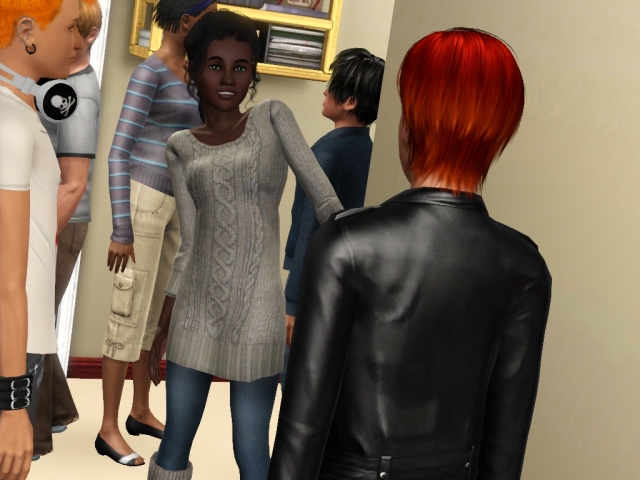 “Oh hi Zac.” Dawn suddenly appeared from around the corner with a smile. Not a let’s do that summer fling again smile. It’s the kind of smile that makes me think she’s still peeved I dumped her.

I guess I could’ve done it a little bit better than at the very last minute. But did she really expect us to keep a relationship? With her attending the ‘rich’ school? Plus she’d gotten clingy.

“Hi Dawn.” I replied in a monotone voice.

“Yeah uhuh.” She replied dryly with the same smile still plastered on her face. 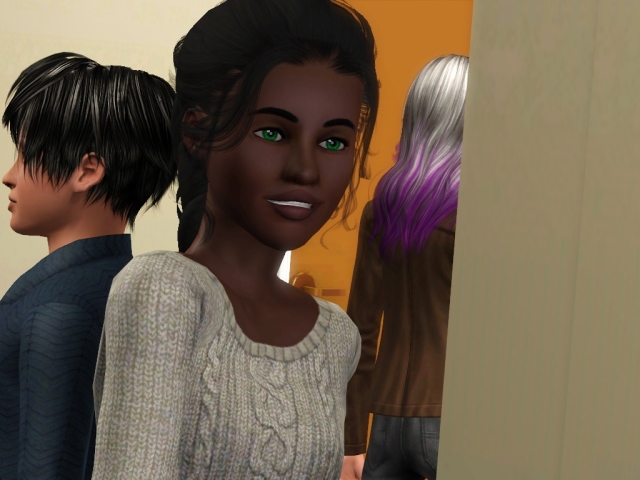 “Crazy that we go to the same school right?” She said. “This is going to be soooo much fun.” She added before giving us a wink and skipping away.

In other words, she was still pissed enough to try and be annoying…constantly. This semester is turning out to be very promising.

There was sarcasm in that. A LOT of it. 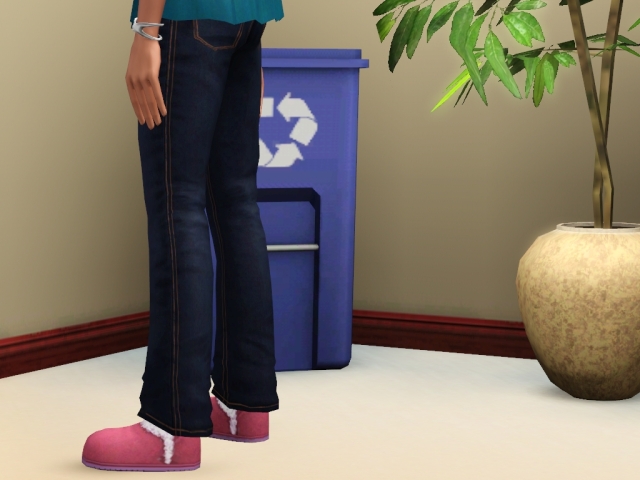 And they used to call me unbelievable.

No that’s not fair of me. He did everything he could.

Doesn’t change that I’m standing here, considering something I never would’ve months ago.

Funny how quickly things come into perspective in just one morning.

I’d been excited for my first day of school. I’d missed my friends, they’d all gone and spent their holidays with their families. I’d spent it at home, listening to my uncle practice on his cherished piano.

I’d trailed my fingers on its shiny black surface, trying to repress a yawn as I made my way to the kitchen. I’d barely slept a minute, I’d been too excited to get back to school. 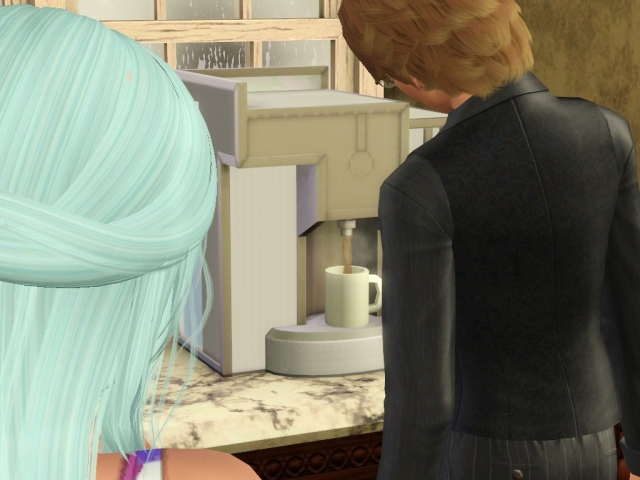 “Hey uncle!” I’d greeted him with a grin. He’d been making his morning coffee, already all prepped and dressed for the day like usual. He hadn’t answered at first, and I hadn’t picked up on it, too busy wondering if I should eat pancakes or waffles for breakfast.

He didn’t prepare me whatsoever. 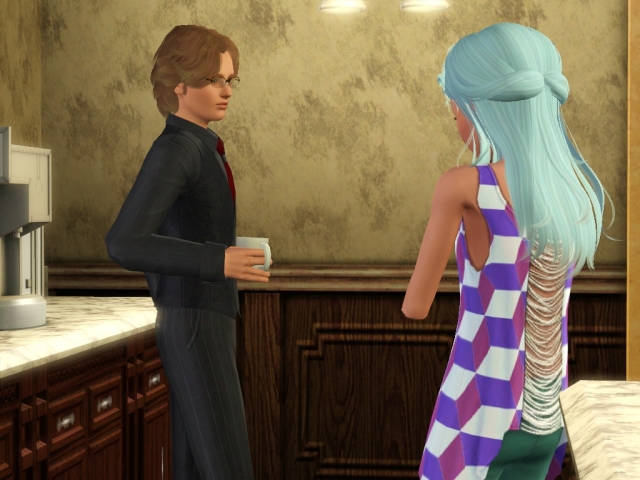 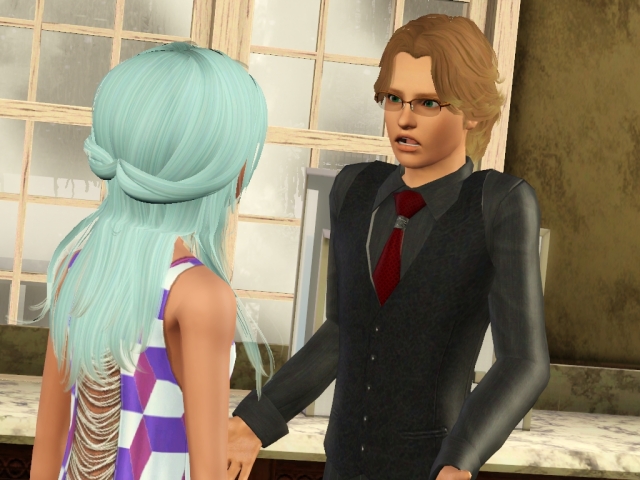 “I’ve already put a lot more money into her treatment than others would’ve. I don’t have the cash to support her anymore Salandra.” He’d stated so matter-of-factly.

“But I’ve been accumulating money, I know I could pay you back…”

He’d sighed. “We’ve had this talk before. It’s time for you to accept the inevitable. Don’t drag it out.” 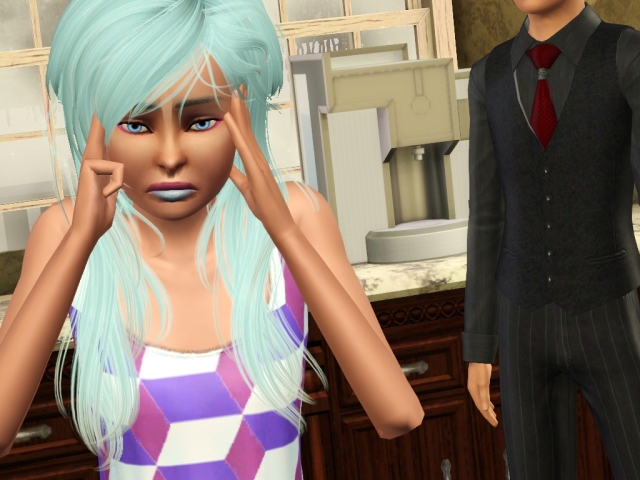 I couldn’t look at him anymore. My uncle is a professional people person. He’s always ready to lay things out as they are, without emotion. I’m used to this.

But the cold hurt in that moment. This was my mom’s life we were talking about. The one woman who ever truly loved me no matter how horrible of a child I was. His brother’s wife. I owed her too much to even consider accepting her death.

My uncle had pressed on. “Isn’t your birthday coming soon Salandra? Focus on that instead. I’ll take care of everything for when your mother passes. Would you like me to take you out for lobster on your birthday?” 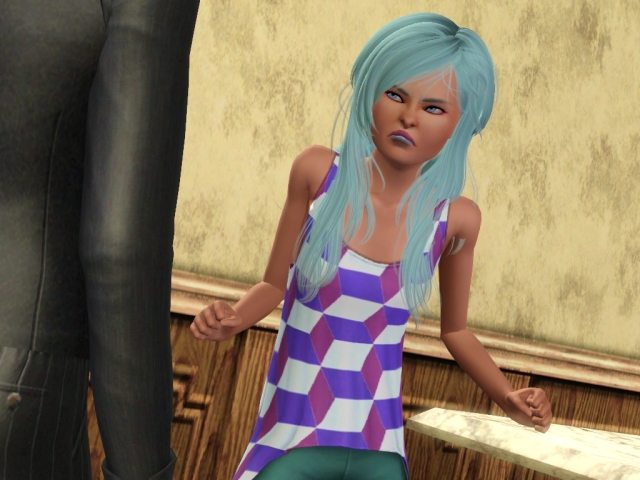 I’d slammed my fist harshly against the counter, the sound dull in the pristine kitchen. “Shut up!” I’d snapped, and a frown had instantly appeared on his face. “Just shut up. I’m not ready to give up on her. She still has a chance!”

“Didn’t you hear me? She can’t afford any more chances. It’s the end of the line.”

“She was always nice to you uncle. She supported you when you were starting your career. She helped you when you’re car got stolen. We always came to eat here because she was afraid you’d be lonely. And now you’re ready to abandon her? When there’s still a chance?!” 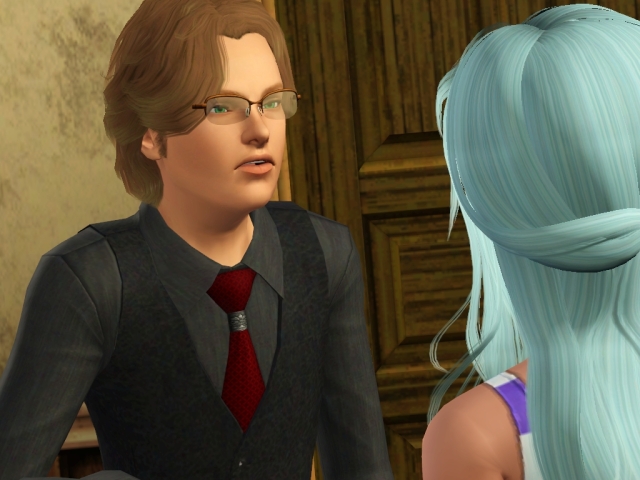 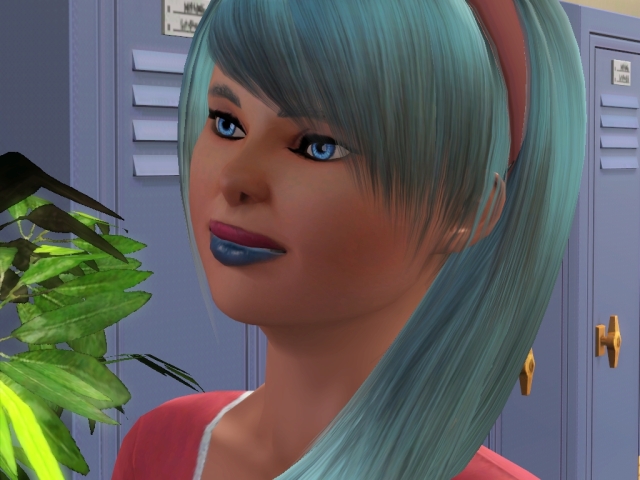 I knew I’d find one. I just didn’t expect it to be just a few hours later.

It feels like someone heard my plea and dropped a golden basket in my arms. 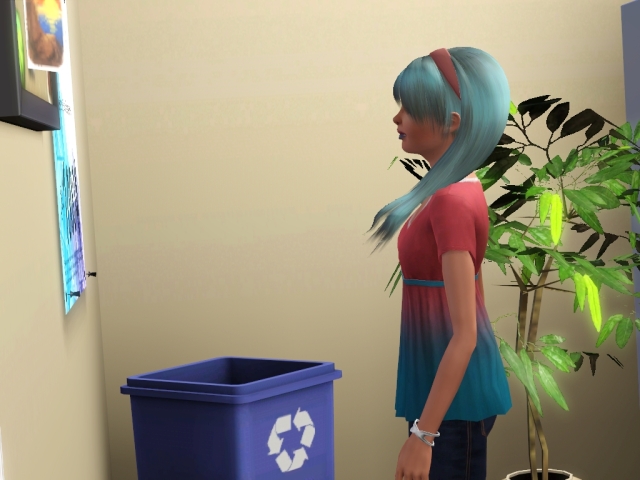 If my uncle won’t help pay for my mother’s medical bills anymore…it’s okay. This should help. A lot.

I stared at the poster, the one coaxing me forwards, showing me how perfectly ideal it was. 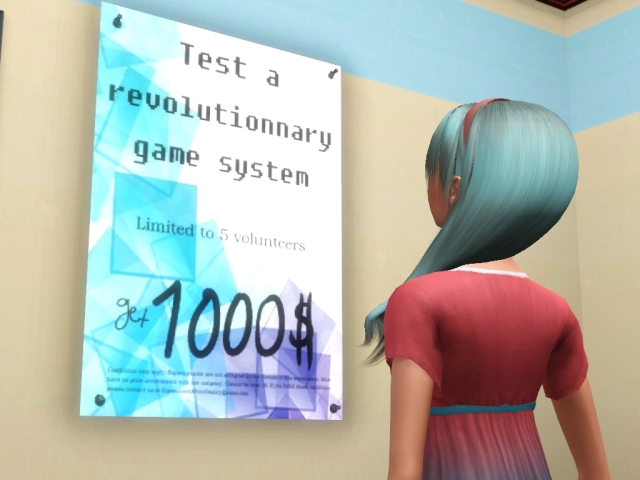 The few bucks I made a week were nice, but not nearly enough.

I don’t know who put this up in the school corridors, and I’m not sure what they were thinking when they did, but I’m not about to ignore this opportunity. 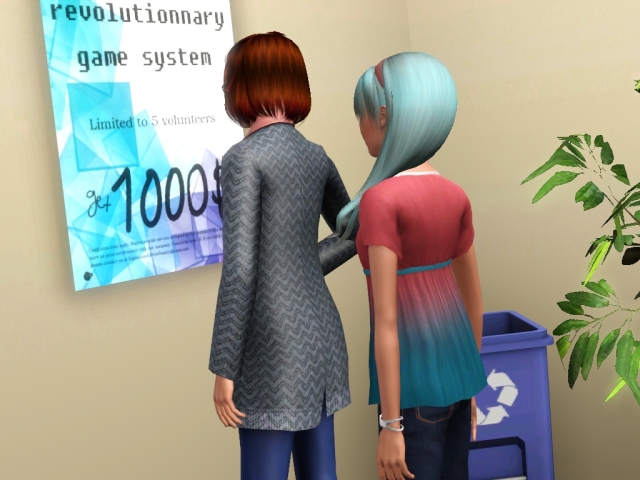 A teacher suddenly walked over and felt free to place herself between me and the poster.

“This again?” She groaned. “This is illegal, trying to recrute kids…” She plucked it from the wall. “Don’t pay any attention to it.” She told me, crumpling it up and tossing it in the recycling bin.

♪They say it's what you make♪ I say it's up to fate ♪It's woven in my soul♪ I need to let you go♪ -- Demons by Imagine Dragons
View all posts by blamsart →
This entry was posted in Uncategorized and tagged blams, generation 9, legacy, light the way to heaven, nikolas, sim, sims, sims 3, sims 3 legacy, sims 3 story, sims legacy, sims story, story, whitelight. Bookmark the permalink.