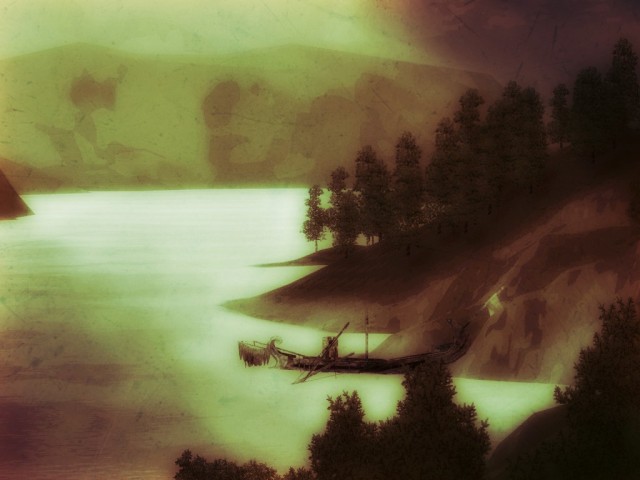 Ridgevalley was founded a thousand years ago by accident. The islands it now stands on was believed to be cursed. Everyone who went there came back insane, or just simply didn’t come back at all. Who decided it was a good idea to build a town there then? It was a young new uninformed ship captain who often had to pass by the islands on his route. By the time he reached them he was always running low on supplies, so he decided to build a harbor there, or at the very least a place to stack some extra supplies in case he did run out eventually.

News of it spread, people started contributing, others decided the land was fertile enough to build a few farms, and Ridgevalley began. It was around its foundation that a researcher decided to explore further on one of the other islands, the one truly believed to be cursed. He brought five brave men and women along with him, but he was the only one to return. Everyone thought he’d gone insane when he started to babble incoherently because of a discovery he’d made. They thought him even more insane when he kept going back to that forest…that is until he came back with chunks of gold.

The town wanted in on it, but the researcher refused to reveal how or where, claiming that the gold was of no importance anyway. Clearly the townsfolk didn’t feel the same way. Too scared to enter the forest themselves they decided to completely cut it down. That’s how they found a cave, littered with gold, along with an incredibly angry researcher. He claimed that they had doomed them all as they pillaged the cave, but nobody listened. Eventually the researcher realized his crazy antics would get him nowhere. He dropped the subject, and built a bank instead near the entrance to what was once the forest. Over time the town forgot the incident and it continued to expand.

The bank itself never grew into much more than the small building it was. Other banks started up much better business in other parts of the town, but this one was never built with that idea in mind.

It still stands today, one of the oldest buildings in Ridgevalley though little know about the story of its insane founder. It doesn’t have a huge fancy vault and barely holds much money at a time, and it has a limited space. For all intents and purposes, it’s a safe bank for those who don’t have that much money to begin with. 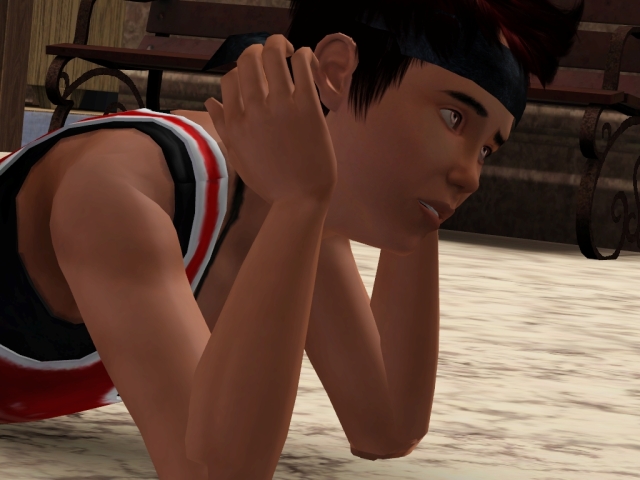 So what could possibly motivate three people to rob it?

“Head down.” The armed girl commanded.

“There’s nothing worthwhile to steal here, what are you guys doing?” I asked. Especially since there’s a jewelry store a few blocks down.

She glared at me, most likely annoyed with my obvious disrespect for ‘authority’. For a moment there I thought she’d actually answer.

“T stop stalling and get over here.” One of the other robbers called from near the counters.

“Bring those two, we’ll put ‘em with the rest.” 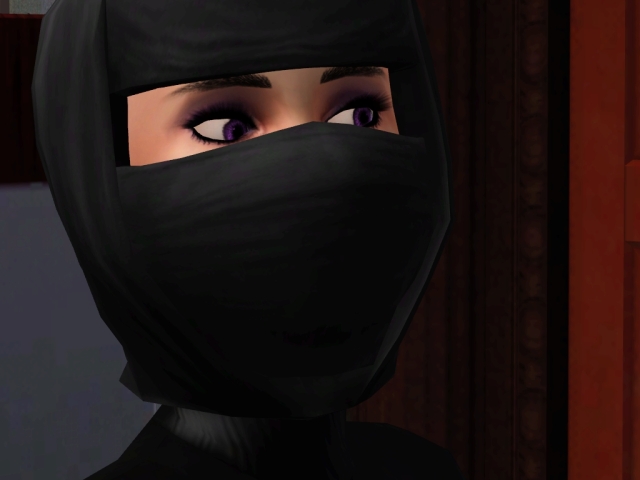 Her intense purple eyes snapped back to me. “Get up.”

“Oh now its get up?” I smirked, noticing I was a little taller than our host. Salandra pinched my arm. I slapped her hand away.

“Since you’re feeling so piper get that bench over here to block the door.” She said, gesturing with her gun.

I did as she said, passing by her and catching a wift of a lavender smell. She probably looked pretty under that mask…that or she’s overcompensating.

I dragged the bench over and pushed it against the door.

“Okay that’s good, now go over there you two.” She said, gesturing at us with her gun, which made Salandra flinch from fright.

Salandra clung to my arm as we made our way over to the hostages, with the barrel of a gun pressed against my back.

There were only three other hostages. One employee who seemed to be having a breakdown. One customer who was taking care of the employee.

And one last customer who seemed familiar. Had I seen him at school before? At least he looked like he had himself under control.

He made eye contact, and he too seemed to be relieved that he wasn’t the only one who wasn’t losing his head in this situation. I gave him a small nod and he did the same.

And then I remembered who he was. Wasn’t he the leader of a really annoying delinquent group at my school? They do dumb stuff like trash the school gym for no reason.

Ugh, this is what I have to work with?

“There’s nothing up here just like we thought, so its probably in the basement. Which means its up to you, there’s some weird radiation down there. Take the employee to guide you and hurry back up.” The man who’d called us over ordered.

He didn’t have a mask (and he has a face that annoys me), which made it all the more weird that she had one.

She took a deep breath to give herself a courage boost and nodded. 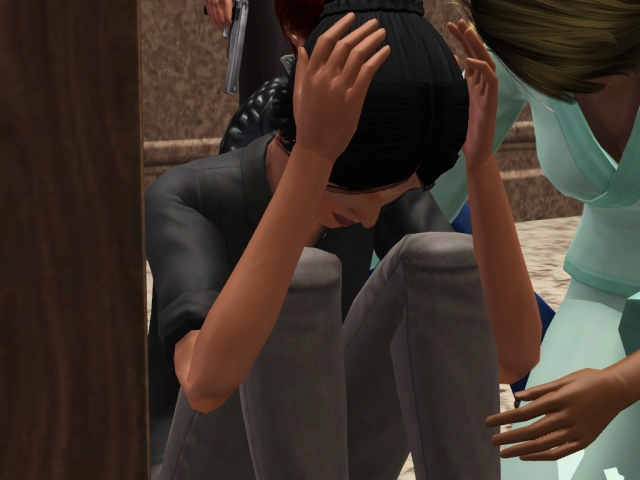 The other robber gestured at the employee to get up. She only whimpered in response.

“Please.” She said. “I don’t know anything. I’ve only been here for a month! I’ve never been downstairs – I didn’t even know there was a downstairs!”

“Come on get up.” The man said, prodding her with his gun.

The blond-haired customer piped up to the girl’s defense. “Don’t you see she can’t help you? And she’s got anxiety, you’re just making this worse.”

Jeesus what is this about going downstairs? So they really aren’t after money.

What could be hidden under our feet then?

“Yeah let her be. I’ve been downstairs.” I interrupted, earning myself a lot of odd looks and another worried pinch from Salandra.

“You?” The man with the face I’m really starting to like less and less said.

“I’ve worked here a couple of times.” I said with a shrug.

The guy with the flashing red hair decided to chime in. “Yeah, I’ve seen him around.”

The purple-eyed girl scoffed. “Please, this guy isn’t even out of highschool yet. Like they’d let him work here and go downstairs.”

“It’s true, my mom works here so she showed me around. She was pretty much in charge of the ‘downstairs’.” I said, my lies fed by the reactions the man was giving. The look he was giving the girl meant I was on the right track…whatever track that may be.

“Sounds like he might have what you do.” He told the girl and she gave me a disbelieving frown. 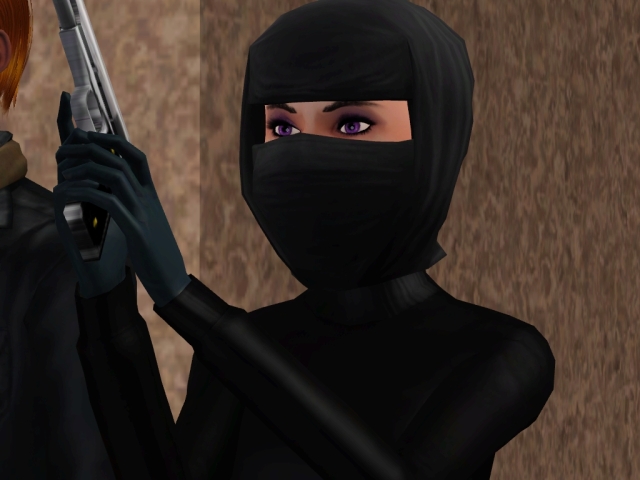 “If you’ve really been down there, you’d be able to tell us what’s there.” The girl said, pointing her gun at me. “So tell us before I call your bluff.”

Now I was getting a little scared. Especially when the guy just leaned back and waited for me to reply. I might’ve dug myself a hole here. The goal of this was for me to discover what was down there…

I tried to visualize what the basement would look like in my mind with everything I’d heard so far and, with the adrenaline pumping through my veins as Salandra clung to my arm tighter from fear I’d get shot, something seemed to click.

Color drained from my vision and I was suddenly in a strange damp place I’d never been before.

There had been so many times I’d thought that, and always during my aunt’s dragon-dreaming…but this wasn’t that. 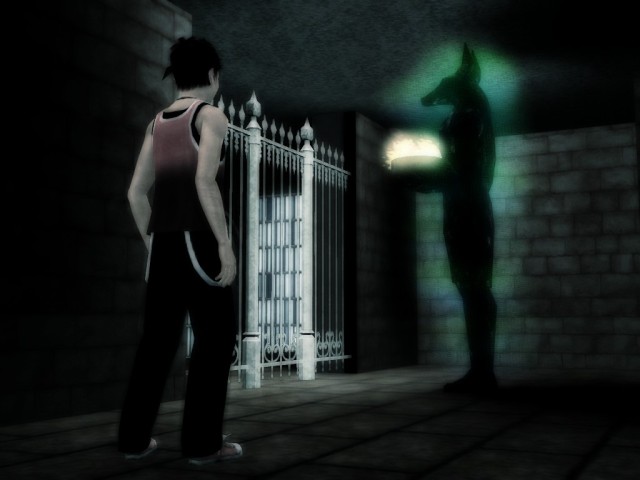 I was in a closed room with only company a statue, at the far end of the room.

It was the only thing that seemed to have some semblance of color and it held in its stony hands, a bucket of fire.

How did I get here?

I looked around with slow gestures like I was weaving through water. There were no doors, only an odd fence.

When I looked back at the statue it had moved, making me jump a bit. It was suddenly in front of me, the crackling of the fire centimeters from my face.

I looked up at it, but it showed no sign of life.

I need to get back.

I took a few steps backwards, and my feet slipped out from underneath me, bringing the floor up to meet me.

Everything was how it had been just mere seconds ago. Did I imagine what just happened? The two armed robbers before me still looked like they were waiting for an answer.

“I…a statue with a bucket of fire. Do I really need to say more?” I said, trying to bring back the determination I had a couple of moments ago. What happened?

“Well I’m convinced.” The man said in an overly cheerful voice. “And either way there’s no time to lose. So…do the best you can.” He added the last part with an odd pat on the girl’s shoulder.

She gave me a cold stare, which probably had nothing to do with me really. “Show me the basement then.”

I nodded, peeling Salandra off my arm. She gave me a look that probably meant stop-being-stupid, but I gave her a reassuring smile. Oh if she’d seen what I had in the basement of my dads’ house…she wouldn’t be so scared of a couple of people with a couple of guns.

I headed without any hesitation towards a specific part of the bank. I was a customer here, and I’d often see the ‘employee’ area and well…if there ever was going to be a basement somewhere it’d have to be over there right?

My improvising didn’t feel that risky when I only had a girl smaller than me to deal with if things went wrong.

“So uh…what’s so interesting down there?”

“You’re actually try to wean information out of me?” She asked and I bit the inside of my cheek. “After that little performance? So you really were bluffing.”

“Hey, it’s not like my mom was that explicit on what’s going on in there.” I said, trying to lie my way out of it again. She seemed to buy it…a least a little bit. I decided to push my luck. “Just wondering…but why did they send you? Sounds like it’s a pretty important job.”

“I’m more than capable of shooting you if you underestimate me again.” She snapped.

I’m actually surprised I haven’t gotten shot yet. My curiosity got the better of me. Especially when me mentioning a statue holding a bucket of fire totally had them believing my lie.

“No, no, it’s just…you don’t seem like the leader let’s put it that way.” I stumbled over my words as we found a staircase (behind a locked door no less, but that was pretty easy and quick to pick).

“Guess I can tell you since you got me this far.” She said, I could almost hear her smirking behind her mask.

“This basement is cursed. Anyone who isn’t like me dies or goes insane.” She said, practically camouflaged in the darkness of the bottom of the stairs. “But you should be fine right? After all you’ve gone down there a bunch of times.”

I like Niko. The reckless gene is really strong in this one.

I’ll be trying to stuff a whole bunch of mysteries every chapter, so see if you can spot them before Nikolas does ;P

♪They say it's what you make♪ I say it's up to fate ♪It's woven in my soul♪ I need to let you go♪ -- Demons by Imagine Dragons
View all posts by blamsart →
This entry was posted in Uncategorized and tagged generation 9, legacy, light the way to heaven, nikolas, sim, sims, sims 3, sims 3 legacy, sims 3 story, sims legacy, sims story, story, whitelight, witch. Bookmark the permalink.